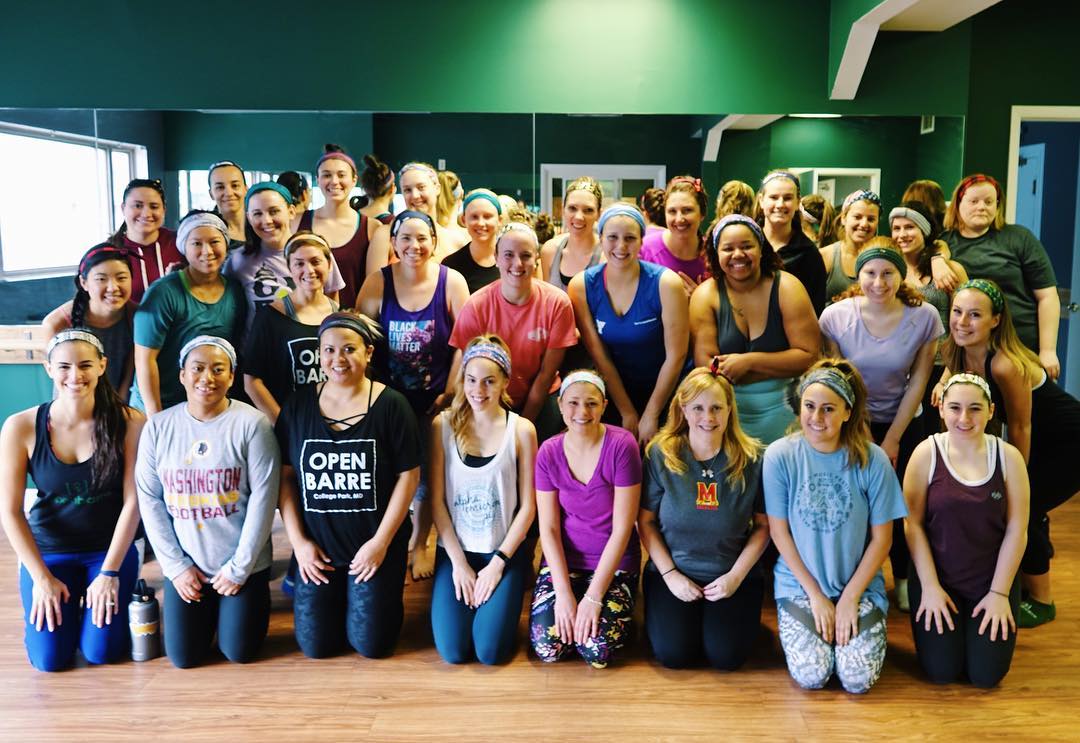 A College Park business teamed up with a University of Maryland dance team to donate headbands to children with cancer.

OpenBarre Studio, located in the College Park Shopping Center, reached maximum capacity Sunday as 34 people attended the studio’s first charity class. The business, along with this university’s UnBound dance team, participated in the event, as well as Headbands of Hope, a compamy that donates a headband to a child with cancer for every sale.

Each attendee paid $15 to take the exercise class, which covered the cost of a headband for the participant attending the class, as well as for a headband donated in the participants’ name to a cancer patient at Children’s National Health Center.

Lauren Filocco, owner of OpenBarre, along with sophomore Morgan Williams, a government and politics major who works at the studio, simultaneously taught classes in the two-room studio.

Filocco said she reached out to Headbands of Hope because she wanted to do something fun and charitable involving the whole community.

Although representatives of Headbands for Hope were unable to attend the event, Caroline Mathis, a brand director for the company, said she was excited about the charity’s involvement.

“We are so excited to hear about the event,” Mathis said, “There is nothing like giving back while having fun.”

Junior Alyssa Pettus, a physiology and neurobiology major, said this was her first barre class, and it wasn’t what she expected. After participating in the exercises, as well as supporting a cause, Pettus said she will continue to support Headbands of Hope.

“I did not know what to expect,” Pettus said. “I thought it was going to be like a ballet class when I saw the barres, but it was honestly a lot more fun than I expected it to be.”

Williams also said she was excited to teach one of the classes to support this cause as she is also involved with TerpThon, a student organization that hosts an annual dance marathon to raise money to benefit the Children’s National Health System.

This is a way other than donating money to help the kids, Williams said.

Williams, who is also in the Revolutions Dance Ensemble, has been teaching at OpenBarre since it opened in February. Since its opening, Filocco said she’s been reaching out to different dance teams looking for instructors.

Filocco also expressed she would like to start hosting more group and charity events within the community. This is way to benefit the community and the business, she said.

“We had a good number stay back who wanted to either buy merchandise or talk about memberships,” Filocco said.

OpenBarre will host one Headbands of Hope class every day until Nov. 23.