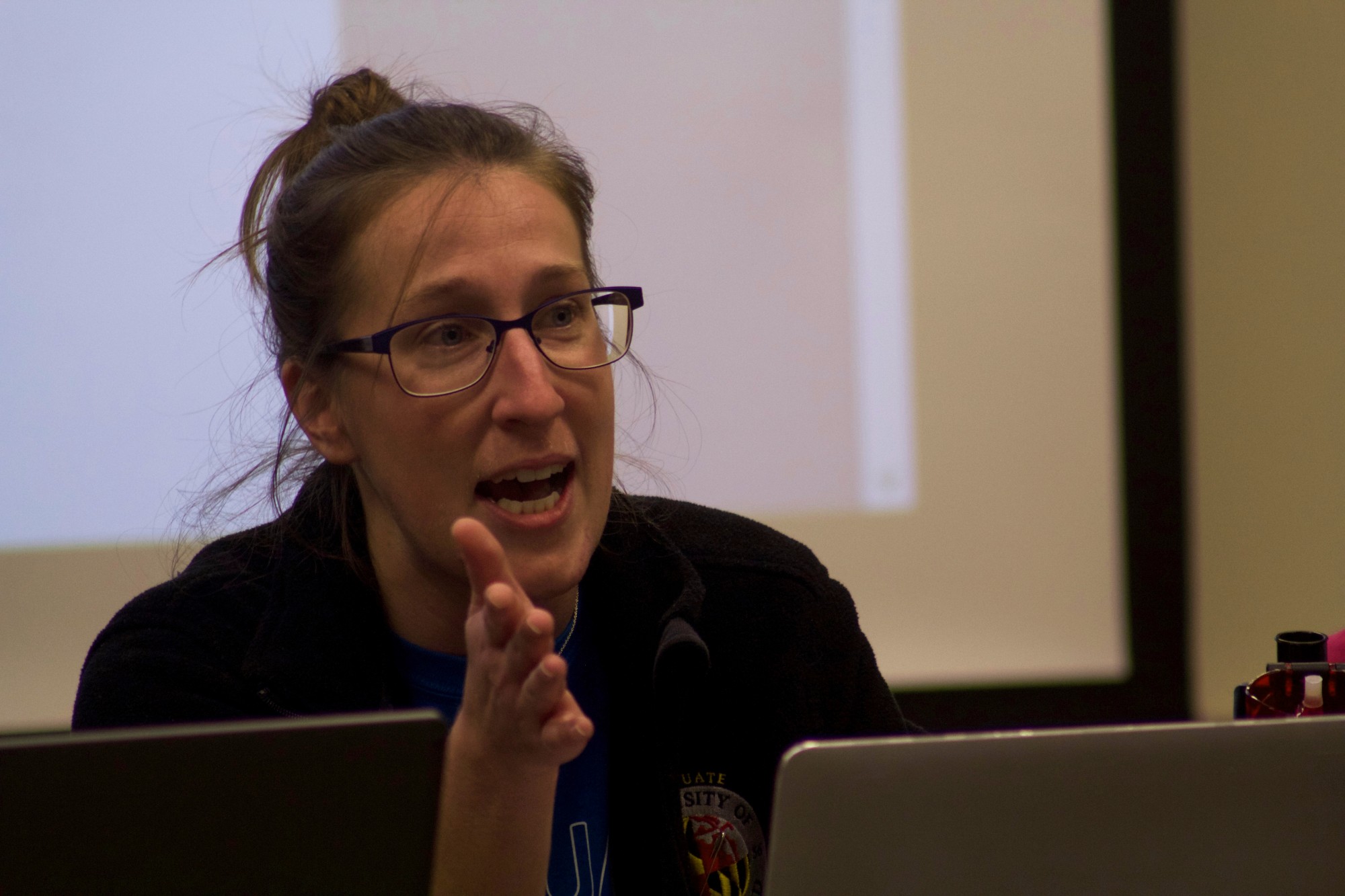 University of Maryland GSG President Stephanie Cork submitted her formal resignation on Friday, with her last day coming on Monday, she wrote in an email.

Cork, a kinesiology doctoral student, said she is resigning for personal and political reasons. She said it’s been difficult to make progress on her dissertation while serving as GSG president.

“This is a lot,” Cork said. “It’s more work than I anticipated.”

Her resignation comes after the GSG voted on Nov. 3 to launch an impeachment investigation into the president on the grounds of potential misuse of the group’s funds. Financial Affairs Vice President Devin Scott found the fiscal 2017 budget had been overspent by roughly $30,000 after Stamp’s Student Organization Resource Center gave him access to the files.

Cork previously told a Diamondback reporter she planned to resign on Nov. 3 but did not do so.

The GSG’s Budget and Finance Committee found several transactions that had been made without the assembly’s approval. About $6,000 had been spent on a disability summit, and about $12,000 had gone toward a salary increase for the director of operations.

In 2015, the GSG had more than $86,000 in its reserve accounts. The group planned to trim this number down to the “best practice” amount of $17,000 by spreading out additional spending over the years, Scott said.

The GSG Governance Committee had planned to present its findings from the investigation with a recommendation at the Dec. 1 assembly meeting, where members would have voted to proceed or terminate the impeachment proceedings.

“It’s been a trying experience for the GSG Executive Board, and while all this is going on, we’ve still been doing the work that we’ve always been doing,” said Katie Brown, the GSG’s public relations vice president. “We’re excited to keep doing the stuff that we’re doing, and anything that allows us to do the work that we joined GSG to do is a positive.”

Cork wasn’t permitted to address the assembly and submit her resignation during the Nov. 3 meeting, she wrote in an email. She added that she had notified the Executive Board of her intention to resign in mid-October.

Brown said nobody stopped Cork from formally making a motion to resign.

“Instead, she used whatever time remaining where she might have been able to do that to, in my opinion, bring baseless allegations against [Scott] and [Schwarber],” Brown said.

While Brown was aware of Cork’s original intention to resign in January 2018, she said she didn’t know Cork was going to resign before that date. Based on Cork’s original decision, the GSG had planned to hold a mid-term election on Dec. 1, where the assembly would vote on a new president with a secret ballot.

“We’re going to move ahead with that as we always were,” Brown said.

The assembly will also vote on a budget at the Dec. 1 meeting. Scott is working with the Budget and Finance Committee to find what areas they need to cut to craft a balanced budget, Brown said.

During Cork’s tenure, the GSG has helped host town halls on sexual assault and racial issues, passed legislation calling on the administration to recognize Indigenous People’s Day and fought against a $125 per-semester fee for new international students.

“All I try to do is listen to grad students and make sure their voices are heard,” Cork said.