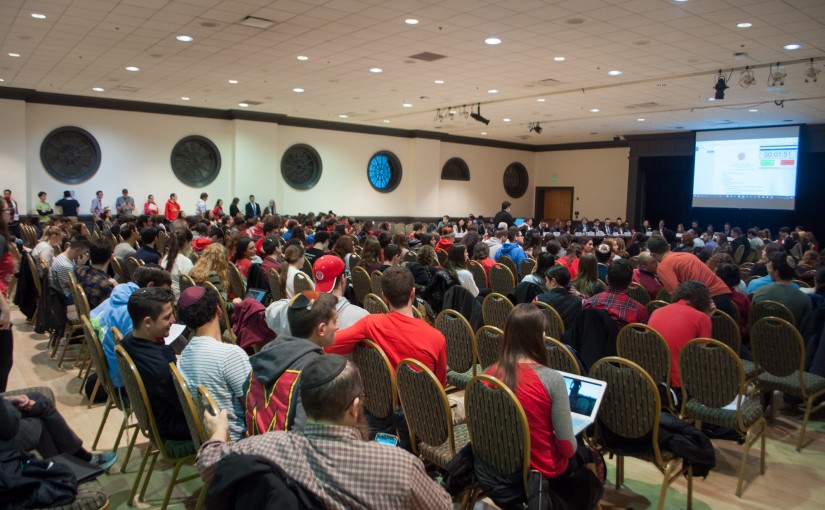 After an SGA bill in favor of the Boycott, Divestment and Sanctions movement died before legislative debate, some students and legislators wished there had been a discussion among the legislature.

The motion to overturn the Student Affairs Committee’s unfavorable report of the bill, which would have opened the floor for debate, failed to garner two-thirds of the legislature’s vote, which was 23-13 with one abstention.

The bill would urge the University of Maryland to divest from companies that allegedly profit from and enable human rights violations in Palestinian territories.

Some of the legislators who voted in favor of overturning the report said they planned on voting against the bill had it reached the floor.

SGA’s North Hill representative Chris Niccolini said failing to overturn the committee report was a “disservice to the student body.”

“I’m saddened by the fact that we weren’t able to debate it,” Niccolini, a freshman government and politics major, said. “But I’m proud to be a Terp, I’m proud of the student body, I’m proud of everyone who came out and I’m proud that we care about issues that matter.”

The debate would have been beneficial and would have led to more talks about the BDS movement, said business representative Danny Cho.

“A lot of my constituents reached out to me — they all wanted me to vote no so that’s exactly what I was going to do,” said Cho, a freshman finance and operations management major.

Senior public policy major Becky Rosansky, the SGA’s public policy representative, said the SGA meeting is not the appropriate place to discuss the issue. It is not the organization’s job to make statements about international conflicts, Rosansky added.

“We should all go outside of [this forum] and continue to engage with these issues,” Rosansky said.

While it would have been beneficial to hear what legislators on both sides had to say, the bill would likely have failed in debate, said Speaker of the Legislature Jonathan Allen.

Going forward, Allen would like to see more informal discussion about students’ views on the BDS movement and Israeli-Palestinian conflict. It’s “disheartening” to see tweets that discourage dialogue, he added.

“I think [talking] is a little hard given some of the statements that they’re not willing to sit down [and talk],” Allen said.

Terps for Israel President Avi Schneider said by not overturning the report, the legislators showed that the BDS movement is not a topic that should be debated on by this student government.

“This is an issue beyond the SGA’s mandate, which is the quality of life and academics for students here at the University of Maryland,” Schneider said.

President of Students for Justice in Palestine Miranda Mlilo said there was not enough time for students to speak and respond to each other’s concerns at the meeting last night.

Sixty-one students, each with an allotted time of two minutes, spoke about the bill during Wednesday’s meeting.

“Something that would be beneficial for this bill specifically would be a student debate of some sort,” said Mlilo. “A lot of things we’re thrown out there … that we weren’t able to address.”

The conversation about the Israeli-Palestinian conflict should not end just because the bill died in the SGA, Schneider said.

“I hope that from here we can continue the dialogue as leaders of different communities working together to achieve hopefully peace between Israelis and Palestinians,” Schneider said.

The opportunity to publicly debate the issue outside of the SGA committees may have been good for the legislature and the community, said SGA President A.J. Pruitt.

“I think that universities throughout time have been a place for discussion and for this type of activism to occur and I think that needs to continue to be the case,” Pruitt said. “I hope that our community and this community particularly can continue to play a productive role in that conversation.”