Asian-American men shouldn’t have to defend their masculinity 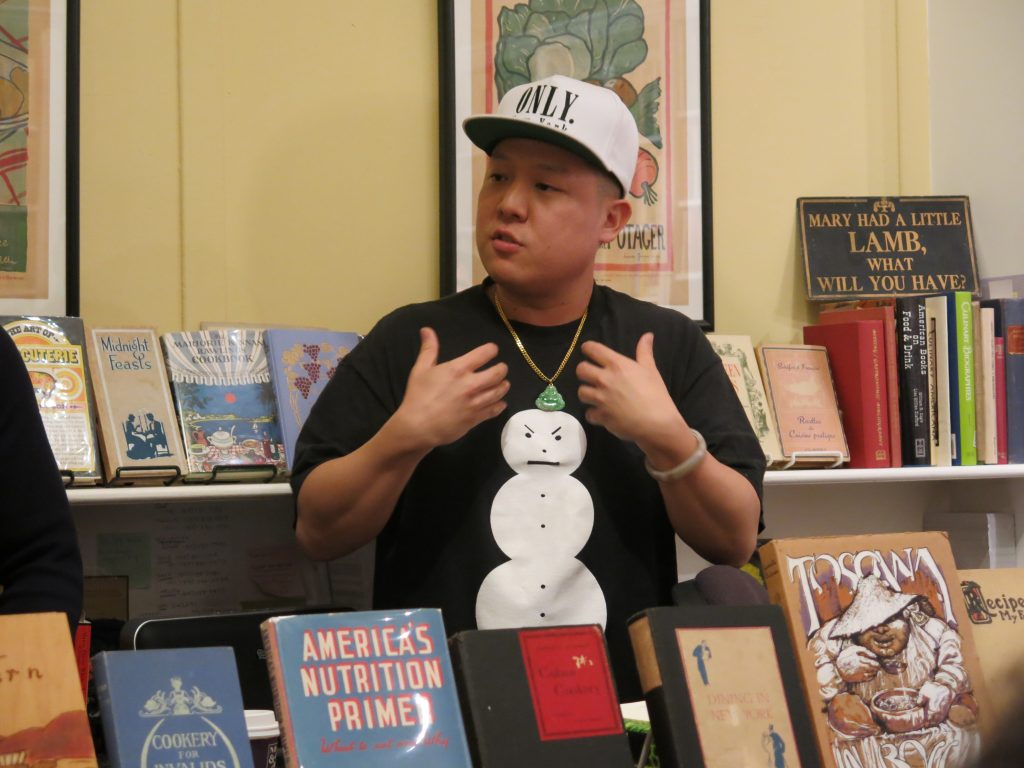 In January, Steve Harvey presented the cover of a self-help book to his talk show audience. The cover of the book read: How to Date a White Woman: A Practical Guide for Asian Men. Harvey asks, “Excuse me, do you like Asian men?” to which he quickly answers, “No. Thank you.” His audience, consisting of many women, erupts in laughter.

Harvey came under fire for the blatantly racist joke — one of many societal jabs at the masculinity of Asian-American men. The most notable response to this episode came from Eddie Huang, whose memoir was turned into the ABC sitcom, “Fresh Off the Boat.” Writing for The New York Times, Huang talked about the singularity of the Asian-American man’s identity in dominant culture, made to conform to a linear dynamic: “We count good, we bow well, we are technologically proficient, we’re naturally subordinate, our male anatomy is the size of a thumb drive and we could never in a thousand millenniums be a threat to steal your girl.”

In his opinion column, Huang notes every jab Asian-American men encounter in the workplace and their personal life. He writes that “people on the margins aren’t afforded the privilege of being complicated, whole, human beings in America.” And despite getting past many of the stereotypes, Huang insists that one pervades all of the others: “Women don’t want Asian men.”

He says that, although attractiveness is difficult to define, Asian men are told that they simply don’t possess the ingredients to be considered masculine or attractive.

The emasculation of Asian-American men can be traced back to the 19th century, when Asian male immigrants were characterized as feminine by white individuals. These men stood out from European immigrants as “human oddities in the minds of whites,” according to a journal article detailing the feminization of Asian-American men. Due to their generally short and slim figures and silk tunics, they were considered novel and feminine by their white counterparts.

Chinese males, in particular, were feminized in contemporary commercial products like song sheet covers. In one case, a Chinese man is dressed in a feminine gown and posed in a submissive bow, ultimately being degraded as an inferior, womanly person “incapable of achieving the powers and positions of adulthood.” This emasculation and feminization eventually seeped its way into modern media.

A study done by the College of William and Mary found that when controlling for magazine type, Asian men were extremely underrepresented. Among general Asian representation in these magazines, Asian-American men appeared 21 percent of the time, as opposed to their female counterparts at 79 percent. The study points out that men’s magazines often show an ideal form of masculinity, and the absence of Asian-American men “gives the message that Asian men are not as masculine as the men who are represented.”

When Asian-American men do appear in the media, it is severely inadequate. A study done on more than 85,000 Asian-American men found that 93 percent disagree or strongly disagree that Asian men have adequate representation in the media, and another 95 percent strongly disagreed or disagreed to the statement “Asian men are usually represented as attractive, fully-developed characters in media.”

In the same study, when asked to share their most admired Asian-American man, the majority chose to either skip the question or indicate that they didn’t know or didn’t have one.

This is a clear indicator of the societal perception of Asian-American men. If I asked you about the first Asian-American male actor you could think of, off the top of your head, you would most likely point out how few are present in the media at all. Or you would immediately say Bruce Lee, an exception to the nerdy, awkward, secondary character that Asian-Americans are slated to play.

And that’s what’s interesting about stereotypes: You either embody it or you’re the exception. One female Asian-American interviewee from a Washington University survey said that when she sees a confident and masculine Asian guy, she wouldn’t say that he’s being himself. “I would say he’s confident and masculine because he’s whitewashed,” she said. “I guess I subconsciously make the connection that being confident means being white.”

When Harvey made his racist jabs, he was met with a flood of photos of young, attractive and successful Asian-American men on Twitter. Twitter users claimed that yes, there are Asian-American men out there that don’t fit the stereotype. Writer Jeff Yang, however, notes the danger of these images.

“Instead of subverting or complicating stereotypes of emasculated Asian men, such pictures inadvertently validate toxic masculinity, emphasize implausible body standards, and eclipse the actual people behind the abs,” Yang wrote in Quartz, a digital news outlet. He notes that in the photos that show exceptionally brawny Asian-American men, “intellect, wit, charm, sweetness, political savvy, and kindness” are missing from the photo.

The issue with the absence or misrepresentation of Asian-American masculinity in the media is a complex problem, one that is incredibly multifaceted — just like their varied identities. Masculinity should no longer be defined by brawn or strength, but, as Yang notes, something deeper. This issue within the Asian-American community is a part of the double standard of masculinity. It’s time that our communities and the entertainment industry embark on a giant restructuring of the definition of masculinity itself.