UMD officials must acknowledge student concerns, not deflect them 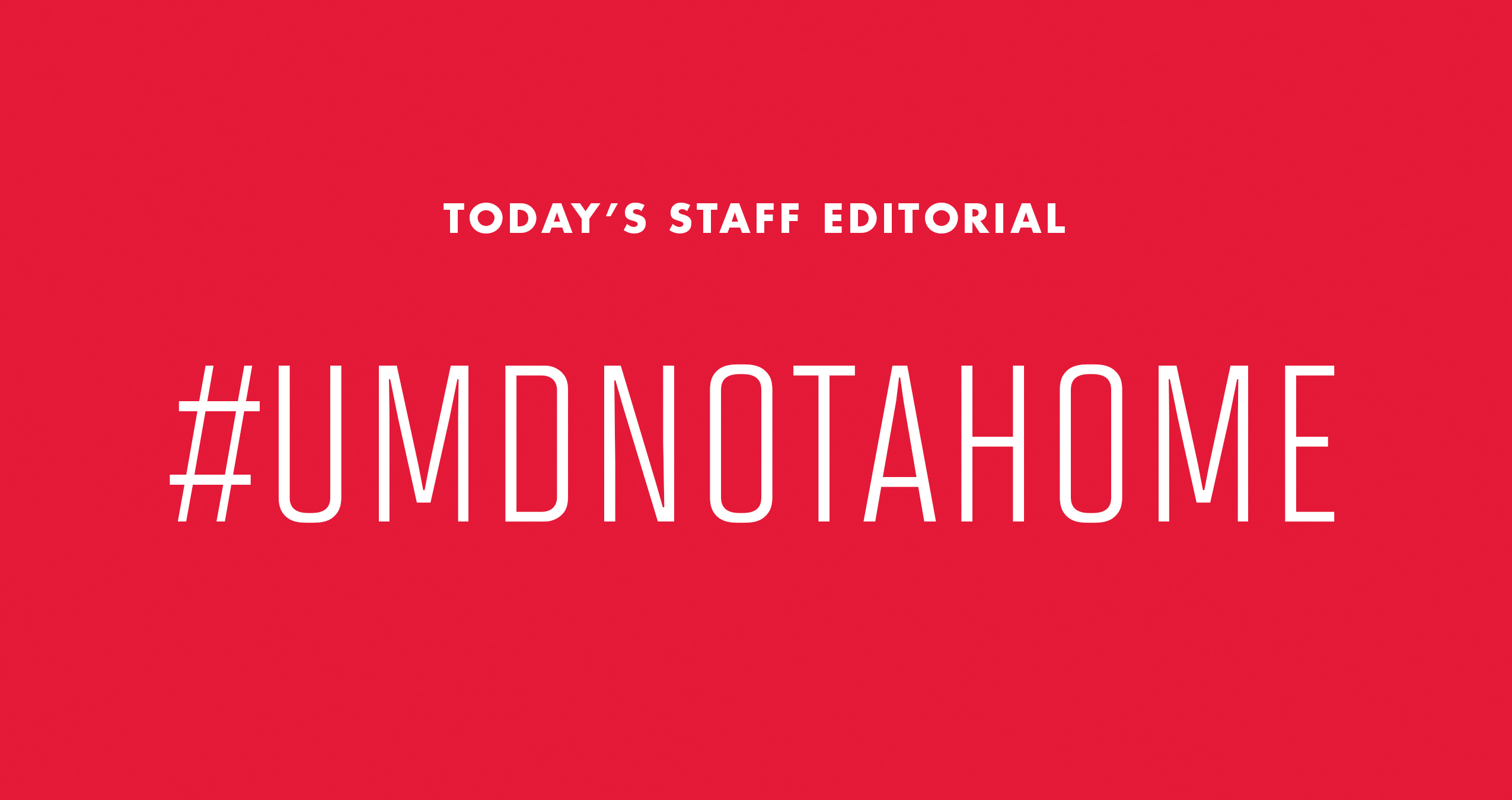 On Tuesday, University of Maryland official Diane Krejsa issued an emotional response to the backlash she sparked with her “this is not a home” comment.

The deputy general counsel stirred controversy in late October when she said, at a University Senate meeting about banning hate symbols, “This is not a home. If people are paying money to come to college because they want a home — where people all think alike and everybody has the same political views, and the same social views and the same views on sexual orientation and transgender and whatever religion or whatever it is — they should stay at home.”

This editorial board will not focus primarily on her original comment, which speaks for itself.

[Read more: Students call out admin with #UMDNotAHome after an official’s comments on hate symbol bans]

Krejsa’s response — this editorial board struggles to dub it an apology — was long, sincere and necessary. But before even saying the words “I’m sorry,” she framed it by listing the marginalized people she knows and refuting the valid claim that she’s a person of privilege. The response was far from sufficient.

One student rightfully pointed out that Krejsa was employing the tired “but I have a black friend!” justification, and that she chose defensiveness instead of ownership.

As offensive as her comments were, Krejsa doesn’t deserve the full brunt of student frustration. The responses of several officials to #UMDNotAHome reflect a sad reality: This university still doesn’t get it.

In one statement, spokeswoman Katie Lawson said she regretted that Krejsa’s comments were “misunderstood as unwelcoming,” as though it were an interpretation issue on the students’ part.

In another statement, spokesman Joel Seligman complained that his colleague had been “unfairly criticized for her efforts to provide legal advice to the University Senate Campus Affairs Committee literally at the same time she is working to advance the cause of inclusion,” choosing a combative tone instead of an understanding one.

University President Wallace Loh has consistently failed at expressing compassion. When ProtectUMD released its 64 demands last year, Loh brushed off its concerns and called for more discourse. And yet Lawson, in her statement on Krejsa’s comments, still pointed out that the university is “working tirelessly to be a welcoming and inclusive campus for all.”

This editorial board doesn’t doubt that. But if students feel invisible, we implore the administration to ask why. Choose self-reflection over self-pity.

Perhaps Krejsa didn’t mean to come across as though she thinks that students were being ultra-sensitive to hateful acts, that marginalized communities don’t want safety but for everyone to agree with them — or that it’s at all unreasonable to demand uniform tolerance.

But because that’s what it sounded like after a year of hate rising to the surface for privileged people to see, she owed the student body an apology without qualifications — as did everyone who attempted to justify the way in which she attempted to make her point.

This editorial board commends Krejsa for standing up on a stage and responding to backlash, but a simple apology would have spoken volumes.