Sleepy UMD students could be getting napping pods in McKeldin Library 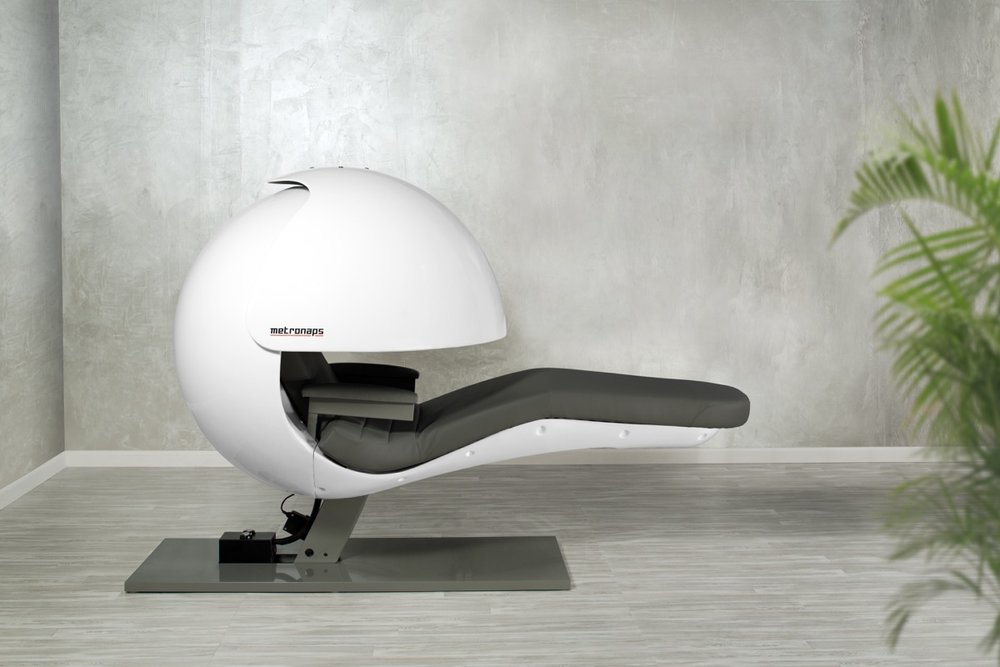 The SGA voted to endorse a proposal that would implement two napping stations in the University of Maryland’s McKeldin Library for students in need of a midday snooze.

The vote passed 28-2 with four abstentions.

MetroNaps EnergyPods, which have a “futuristic appeal,” include a 20-minute timer, a privacy visor, storage space, a light mimicking sunrise at the end of the nap and a music feature, said Anthony Escalante, who created the proposal.

Last week, Escalante, a senior sociology major, submitted the proposal to the University Facilities Council to request funding. The student-majority subcommittee will consider supporting the measure through the Student Facilities Fund, a university account that aids student-supported facilities, projects and improvements.

The order for two pods — including shipping, delivery, assembly and installation — would cost a combined $21,818.20 after applying a learning institution discount of $6,470.

[Read more: A napping center could be coming to the University of Maryland thanks to an SGA proposal]

During the legislative debate, business representative Nate Zumbach raised concerns that the pods are too expensive.

“It’s not the SGA’s money and it’s not the libraries’ money, but we all paid into the [student facilities] fund,” Zumbach said.

Escalante and SGA legislator Christian Coello garnered the University Libraries’ support to increase the chances of receiving funding, Coello said. The libraries agreed to implement a pilot program, and its length will depend on student interest in the pods, said Eric Bartheld, University Libraries communications director.

McKeldin is the best place to debut the nap pods because students are in the library at all times of the day, Bartheld said.

“We’re here to help students succeed academically,” Bartheld said. “We hear from them frequently that they want EnergyPods or a napping room or something just to help them make it through long hours of studying.”

The ultimate goal is to install nap pods in all seven libraries on the campus, Escalante said.

The idea for the stations has been about a year in the making for Coello, who first drafted “A Resolution Supporting a Napping Station” in fall 2016, but withdrew the bill in hopes to further develop it. He planned to reintroduce his bill in the spring, but he held off after Escalante contacted him offering to collaborate.

Coello, who lives 30 minutes away from the campus, has felt inconvenienced by the lack of resting areas between classes. When one of his classes was canceled last year, he joined other students sleeping on the couches in Stamp Student Union, he said.

“That was a very uncomfortable experience,” said Coello, SGA’s off-campus outlying representative. “After that, I started to notice how often that happened around me.”

A number of students at this university commute 30 minutes or more to the campus, said Lily Kilduff, SGA’s transfer representative.

“Transfer students are concerned that they get up a lot earlier than we do to get to school,” Kilduff said. “This bill levels the playing field academically.”

At the University of California, Berkley, “REST Zones” include nap pods and massage and lounge chairs in several different locations on the campus. A library at the University of Michigan introduced an EnergyPod for students in 2014 after concerns that the implementation of cots was a fire hazard.

The nap pods would be beneficial for all students, whether they are commuters or on-campus residents who don’t want to walk back to their dorms during the middle of the day, Coello said.

Escalante’s proposal started as a class project, which he completed with two other peers who did not express interest in continuing to work on the proposal beyond the class assignment, Escalante said.

After surveying 183 undergraduate students, Escalante and his classmates hypothesized that napping pods would be a solution to widespread stress and sleep deprivation. On a 1-10 scale, 80 percent of respondents reported a stress level of seven to 10, while about 68 percent of respondents reported sleep deprivation at a level of seven to 10, Escalante said.

“There’s a lot of pressure on students to perform better by parents, and that’s why a lot of people are stressed out and not able to get well-rested,” Escalante said.