We asked Maryland basketball fans what they expected this year. Here’s what they said. 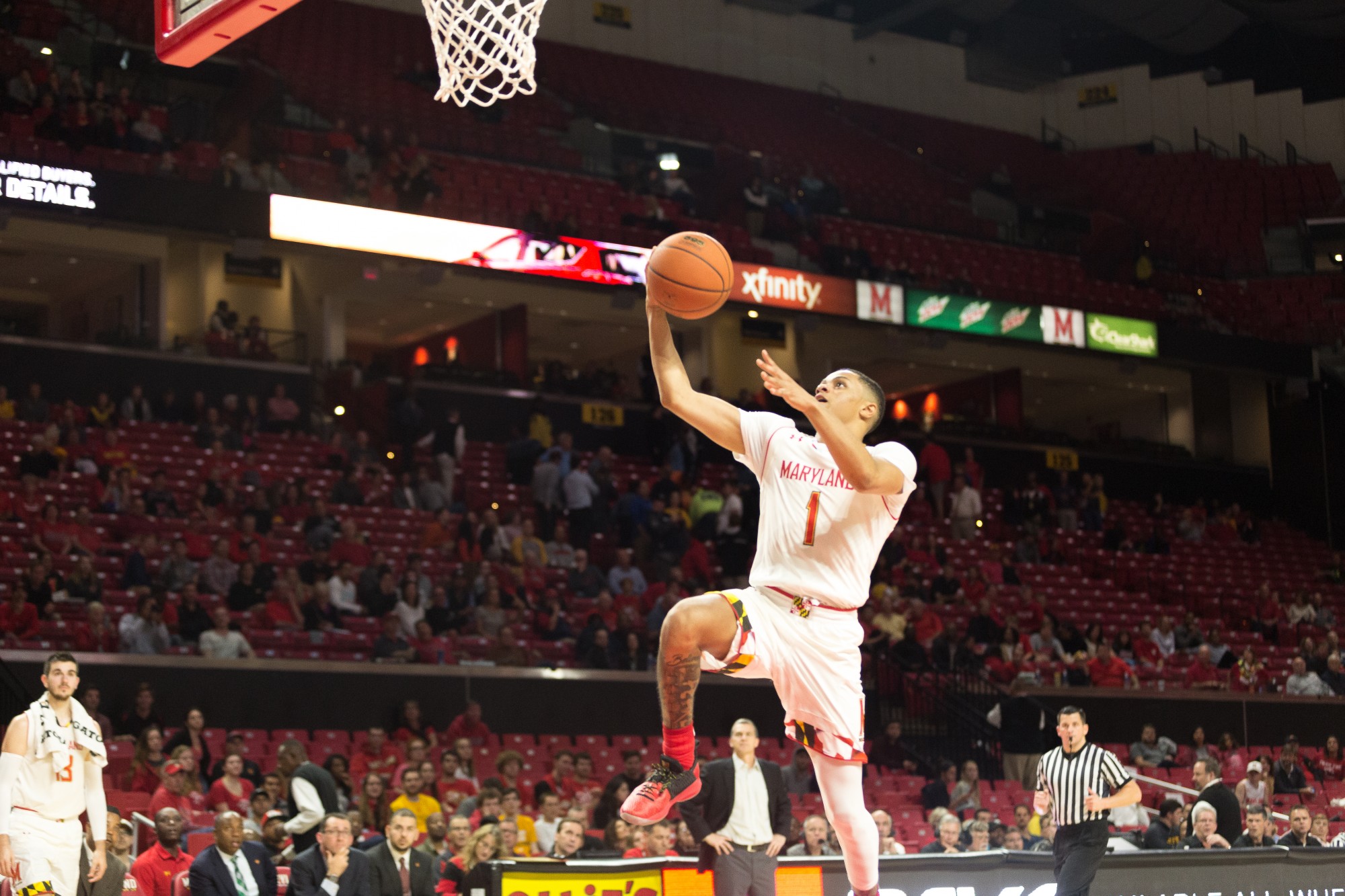 With basketball season just around the corner, Terps Watch decided to see what Terps fans were thinking about in regards to Maryland’s postseason chances, the team’s leading scorer, and more. As far as the Big Ten goes, fans have their eyes on one team and one team only.

What will Maryland do this season?

Nearly two-thirds said Maryland will make a first-weekend exit in the NCAA tournament, which the Terps have had in six out of their last seven tournament appearances. On the other hand, Maryland was given two percentage points more of a chance to make the Final Four or better than miss the tournament altogether. Some Terps fans have some high hopes this season.

Which freshman will make a larger impact on the team this season? — Terps Watch (@TerpsWatch) November 6, 2017

In a close race, Darryl Morsell beat out Bruno Fernando by 12 percentage points. Morsell’s impressive debut in the first exhibition showed some of the potential the freshman guard has.

Who will average the most points per game of this group?

What is the highest Maryland will be in the AP Poll? — Terps Watch (@TerpsWatch) November 6, 2017

The majority of Terps fans said Maryland’s peak ranking will be between 11 and 19. About a third said the Terps would just reach the top 25, and a total of 91 percent said they would at least be ranked at one point.

After this season, Justin Jackson will be…

This one wasn’t even close. A consensus, 57 percent, of fans said Jackson will be a late first-round pick. Only 12 percent of fans think the forward will return for his junior year.

In the team’s first year without Melo Trimble, Maryland fans still think the Terps will win more than 11 games in the B1G. Without the star power of years past, Maryland will need someone to step into a leadership role to live up to expectations.

Which player will Maryland have to rely on most following the Melo Trimble era?

We here at Terps Watch sure know how to lead into a question. Thirty-four percent of Maryland fans think Anthony Cowan, who will completely take over the point guard role, will lead the Terps in the post-Melo era. Ya boy Andrew Terrell, disappointingly, received just 15 percent of votes.

Which road game will be the toughest of the year? — Terps Watch (@TerpsWatch) November 6, 2017

This wasn’t a tough question. Michigan State is ranked second in the AP Preseason Poll, and the Spartans will undoubtedly be the most difficult road game for the Terps. Seventy-eight percent of fans agree.

Which home game are you looking forward to most?

A trend is beginning to develop here. More than half of fans said they have their eyes on the Spartans’ trip to College Park on Jan. 28. This game could mean a lot in the Big Ten, and depending on the teams’ rankings, it could have national implications as well.

This was close, but like I said, it’s a trend. Ya boy Mark Turgeon lost to Michigan State’s Tom Izzo with 53 to 39 percent of the voting. Izzo’s seven Final Fours speak for themselves.

The best Maryland guard (past and present)

You need a point guard to run your team, which Maryland guard do you take?

Onto the truly tough questions. Why Steve Blake wasn’t on this list is beyond me, but regardless, fan favorite Greivis Vasquez beat out Trimble and Steve Francis, getting 50 percent of votes.

The best Maryland coach (past and present)

You need to win one game, who are you taking to be your head coach? — Terps Watch (@TerpsWatch) November 6, 2017

Maryland fans are on the same page here. A whopping 86 percent said Gary Williams would be their guy to coach in a one-game situation.

Who is the best player Maryland has to face this season? (Non-freshmen)

The last question ends with exactly who you’d think, Miles Bridges. A full 72 percent of Terps fans said the returning sophomore, a predicted top lottery pick, is the best player Maryland will have to face this season.

Moral of the story: The Miles Bridges and Tom Izzo-led Spartans are the hype of the Big Ten, and therefore, Maryland’s top threat this season.