Preview: ‘Jim and Andy’ shows the story behind Jim Carrey’s ‘Man on the Moon’ performance 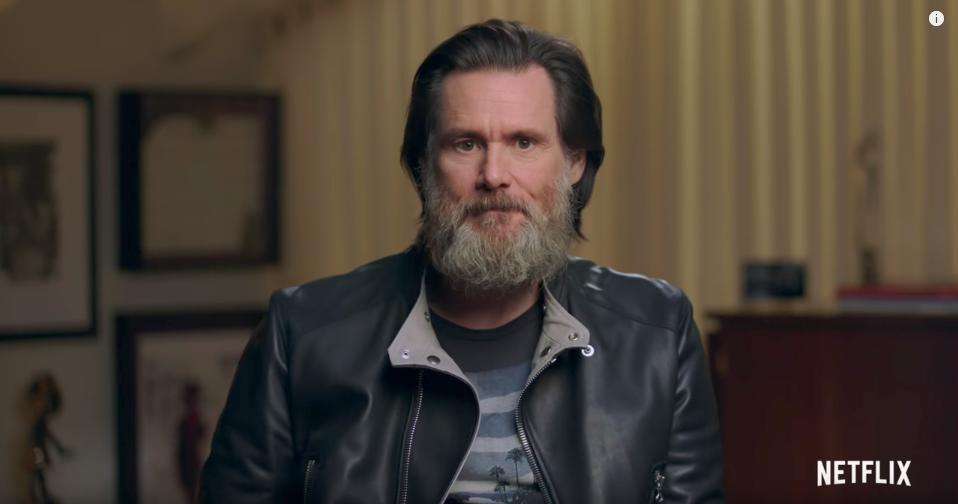 In the mid-1990s, Jim Carrey was perhaps the most famous comedic actor alive, starring in popular films like Dumb and Dumber, Ace Ventura, Batman Forever, The Mask and Liar Liar. In the late ’90s, Carrey began a foray into more dramatic acting, earning back-to-back Golden Globes for The Truman Show and the Andy Kaufman biopic Man on the Moon.

Netflix has a documentary about the latter. Jim and Andy: The Great Beyond will hit the streaming service site later this month.

According to the documentary’s trailer, behind the scenes footage from the film was never released, because of the fear that Carrey’s behavior in them would negatively affect how audiences saw him. Eighteen years after the film came out, the footage will be released as part of the documentary.

Man on the Moon was released in late 1999. The film was directed by two-time Oscar winner Milos Forman. It details the life of comedian and performance artist Andy Kaufman, who died in 1984. The movie shows Kaufman wrestling women, getting in fights on late-night TV and agonizing people as his alter ego Tony Clifton — all as part of a stunt.

Kaufman was so well-known for such antics that some people are still convinced he never actually died in 1984 and is still planning his comeback.

The trailer for the documentary indicates Carrey’s appreciation for Kaufman’s style of humor. It seems the comedic actor performed a style of method acting. Like Kaufman, he terrorized cast and crew mates. Forman is shown pleading with Carrey to make the movie and Carrey is shown throwing items, crashing a car and being carried around the set. Carrey was even credited as “Tony Clifton” for his portrayal of Kaufman’s alter ego in the movie’s credits.

The piece comes at a great time, as Carrey is back in the headlines for giving bizarre interviews.

People interested in Kaufman should definitely watch Man on the Moon, a great film that clearly was a labor of love for those involved. And if you still have some time — Jim and Andy will hit Netflix on Nov. 17.