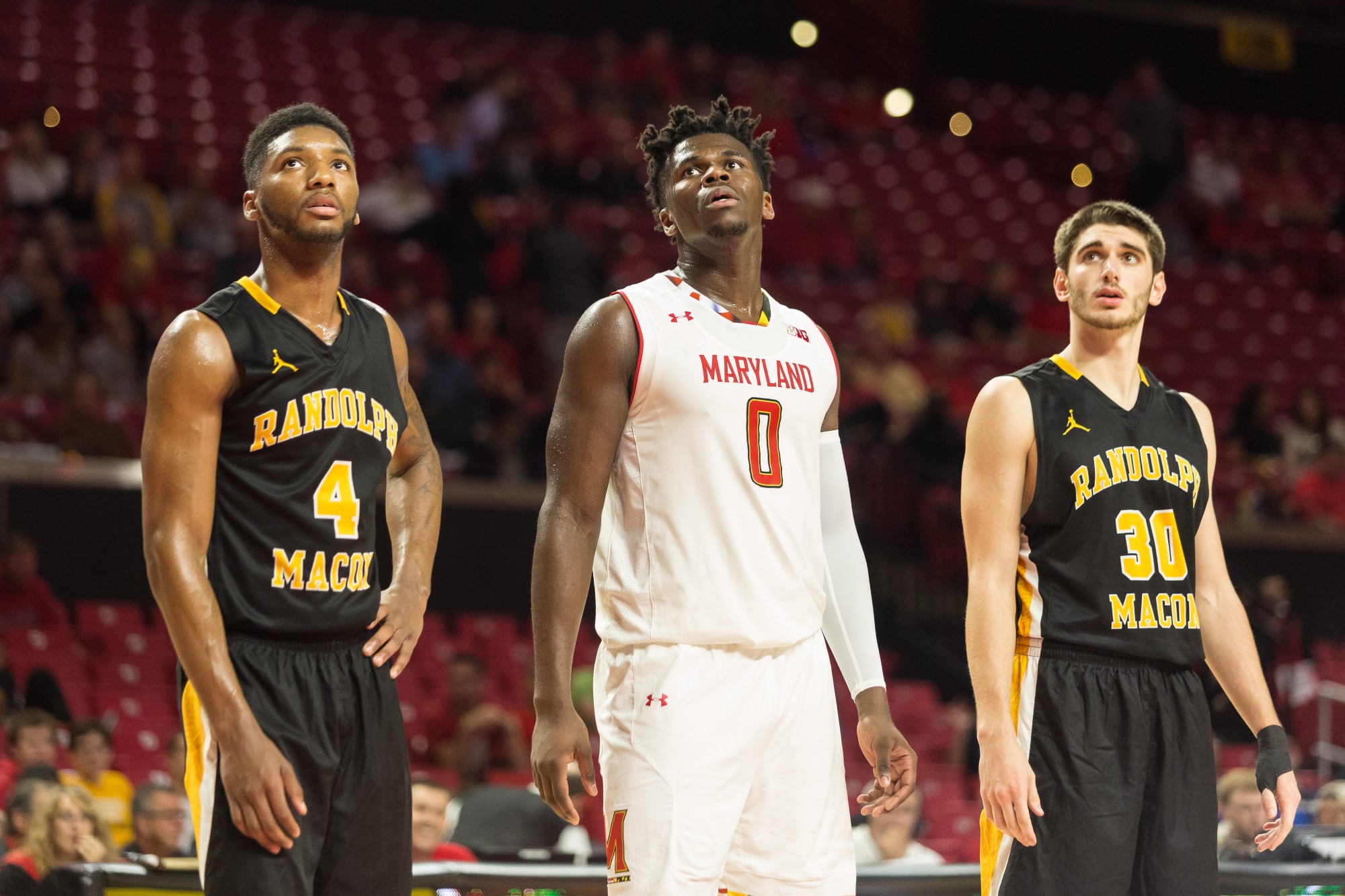 While working out in an Xfinity Center training room Tuesday, Sean Obi came to a realization.

“It’s Oct. 31,” Obi remembered, “and I haven’t missed a practice since coming here.”

That’s an accomplishment in itself for the Maryland men’s basketball center, who missed some preseason practices in each of his previous three years before transferring to Maryland this offseason. Obi sat out two of his three seasons with Duke, including all of the 2016-17 campaign after undergoing knee surgery.

But Obi averaged almost a double-double during his freshman season at Rice. The Terps hope the 6-foot-9, 250-pound graduate transfer can be one of their main frontcourt contributors if he remains healthy.

“Sean is, like, a huge guy and really helping us a lot,” forward Ivan Bender said. “When he got here he was like 280 [pounds] … he actually lost some weight. But he’s still, like, huge. He knows how to use his body on defense and offense.”

[Read More: Bruno Fernando has “a fire” that will help him contribute to Maryland basketball]

Since transferring to Maryland, Obi has formed a close bond with Basketball Performance Director Kyle Tarp. Instead of placing pressure on Obi’s knees by having him run, Tarp has assigned Obi stationary bikes, testing how quickly his heart rate rises and drops by showing his vitals on a screen on the wall.

Obi has also returned to basketball shape by keeping up in practice with guard Anthony Cowan, whom coach Mark Turgeon has lauded as one of the quickest players in the conference.

Obi’s health is crucial because of his playing style — he prides himself on rebounding and physicality in the paint. He averaged 11.4 points and 9.3 rebounds per game at Rice during the 2013-14 season, and after sitting out one year at Duke due to NCAA transfer rules, he averaged one rebound in 2.7 minutes per game during the 2015-16 season.

That bodes well for the Terps, who averaged the fourth-fewest boards per game in the Big Ten last season and have lost their third-leading rebounder, center Damonte Dodd.

“[Obi’s] gotten [Michal Cekovsky] and Ivan a lot better, too,” guard Kevin Huerter said. “Sean is going to go down to the paint and try to draw a charge on you.”

After learning from Duke coach Mike Krzyzewski and being a member of the 2015 national championship team, Obi brings postseason success and leadership to a team starring three sophomores with no starters from its 2016 Sweet 16 squad.

Turgeon said transitioning to Maryland’s style wasn’t a challenge for the Nigerian, who’s now on his third college team after moving to America as a teenager. Obi said Duke’s offense was more guard-oriented than Maryland’s, but it mimics Rice’s system by giving him freedom to score in the paint.

“Coach loves to play through the big guys,” Obi said, “because he has a good number of big guys who he trusts can start the offense well.”

When Cekovsky suffered a season-ending ankle fracture in February, the Terps struggled to rebound and score in the paint, leading to early exits in the Big Ten and NCAA tournaments.

“The intensity of the game, playing really hard every time — that’s the one thing Duke really helped me with,” Obi said. “I don’t take any plays off. I take pride in doing that.”