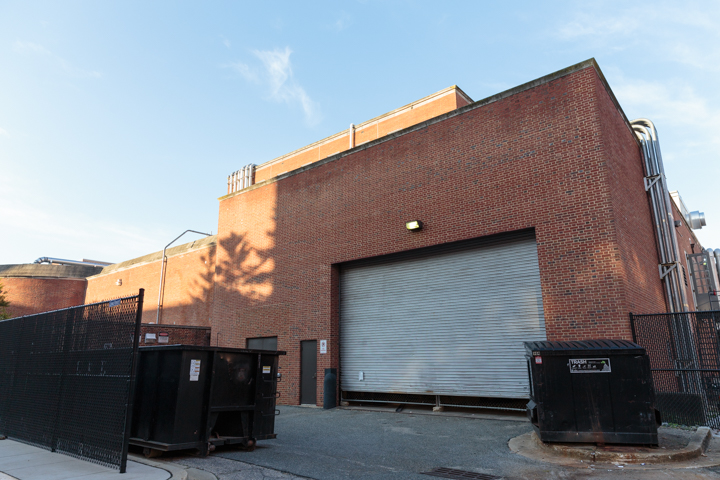 The Physics Welding Shop, located between the Chemistry and John S. Toll Physics buildings, will transform into a new MakerSpace for physics students this spring.

MakerSpaces are designed for the creation and manipulation of new technologies, tools and equipment. There are 11 MakerSpaces on the University of Maryland’s campus to serve departments such as art, engineering and computer science. Several of the MakerSpaces include 3-D printers and scanners, including the one in McKeldin Library. The equipment in the space depends on the projects students pursue.

The new space will provide undergraduates with an area for interdisciplinary collaboration by offering skill-building workshops and applied physics activities, said Donna Hammer, the physics education office director. There will be a grand opening for the space in February, she added.

“Sustainability is going to be the theme,” Hammer said. “We’re securing the space and getting it all ready for the students to do activities in and form a club around and things like that. We’re going to try to make it as interdisciplinary as possible, so we’re really excited about that.”

“It was an underutilized space, and that’s why it worked out so well for when the department wanted to create this space for this particular program,” Baker said. “It was a much better use of the space.”

Construction was put on a temporary hold after its scope was reduced and it was replanned, said Rita Wills-Nyagura, Facilities Management project manager.

The project initially included a plan to renovate the Toll Physics building, but Facilities Management deemed this unnecessary and decided to renovate only the shop, Baker said.

A full upgrade to the heating system was also planned, but instead new heaters were installed to cut expenses and labor, Wills-Nyagura said.

The electrical and light systems will be upgraded and cabinets will be installed in the new MakerSpace, Wills-Nyagura added. The interior will be repainted to modernize the space’s appearance, Wills-Nyagura said.

Design for the $62,000 project began in May, and construction began in October, said Ruth Heffes, executive facilities director for the computer, mathematical, and natural sciences college.

The project is jointly funded by Facilities Management and the physics department, Baker said. The former provided the funds to renovate the interior of the existing structure, while the latter will provide funds for lab equipment, Baker said.

“It’s going to become a space suitable for occupancy by students working in a lab-like environment. Right now it’s a hardware and mechanical space, so it is not suitable,” Heffes said. “So we’re changing the use of the space, and then as students get ideas they can bring in the tools and equipment they need to pursue those ideas.”

Mary Smith, a sophomore mechanical engineering major, attends many classes in the physics building and is excited that a new MakerSpace will be available for STEM majors to test their ideas in.

“I think it’ll be a really cool opportunity for a lot of the engineering and physics majors here,” Smith said.”It’ll just be more space for people to try new things and apply what they learn from their classes.”