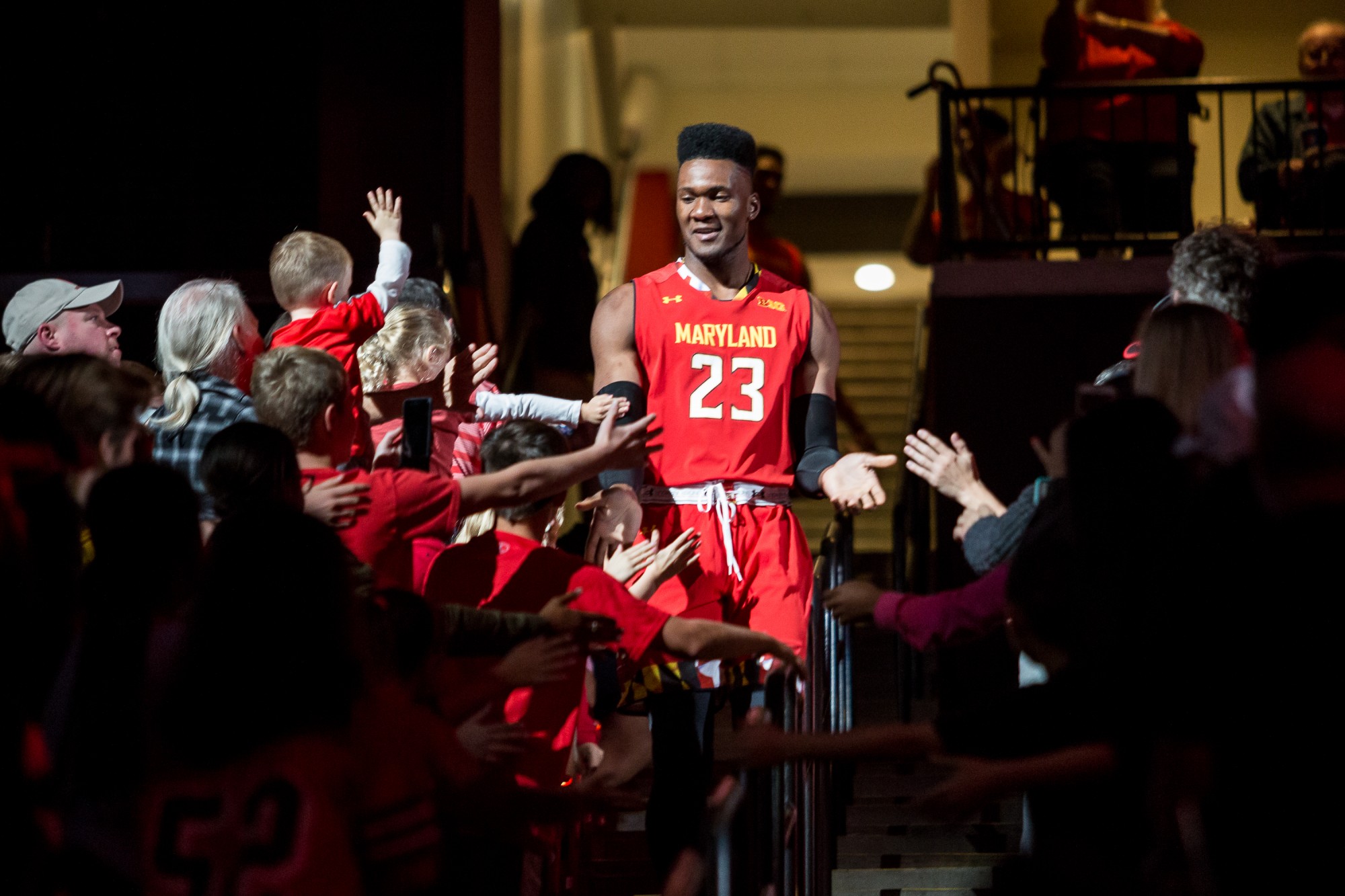 The Angola native has been in the United States for only a couple of years, and he spent the majority of his time in Florida, first at Montverde Academy and then at IMG Academy.

But in his first few months at Maryland, Fernando’s made an impression on coach Mark Turgeon and the rest of the team.

They believe Fernando’s physical, relentless play will make him a familiar name to Big Ten opponents as well, even if he doesn’t know about them yet.

“He plays with a fire in him,” guard Kevin Huerter said. “He’s definitely someone that — you’re glad he’s on your team.”

Turgeon said Fernando is one of the hardest-playing athletes he’s ever coached, noting his competitive drive makes him akin to a “6-10 Dez Wells” — the former Maryland basketball star who graduated in 2015.

Fernando’s presence has helped make this year’s practices more physical, Huerter said, and guard Darryl Morsell said his passion rubs off on the rest of the team.

“You don’t want to be that one weak individual who’s not giving it your all,” Morsell said. “So when you see him giving it his all, tired, pushing through everything, you just know that you have to bring that same energy in order to make this work.”

Fernando will play power forward and center, bringing size and toughness to a team that averaged the fourth-fewest rebounds per game in the Big Ten last season.

The 6-foot-10, 245-pound freshman suffered a left high ankle sprain about two weeks ago that will keep him out of Thursday’s scrimmage against Randolph-Macon College, Turgeon said, but the team hopes he’ll be ready for the season opener Nov. 10 at Stony Brook.

Not being able to participate in practice has allowed Fernando to focus on learning the intricacies of playing forward and center in Maryland’s system.

“I’m always out there to make sure, ‘What do I have to do?'” Fernando said. “When [the other players] step to the sideline, they go talk to me, let me know what I’m supposed to do.”

No matter what position he’s playing — or if he’s playing at all — Fernando will likely be vocal. Guard Anthony Cowan said he’s never seen a big man communicate as much as Fernando does.

That comes naturally for Fernando, who described himself as “just a very loud person.”

“Playing [as] a big guy … requires a little more for you to talk,” Fernando said. “Being vocal helps me a lot — it makes my job and my teammate’s job a lot easier.”

Fernando’s arrival is part of why Turgeon is placing an added emphasis on getting the ball into the post this year. It’s also why the team is likely to spend more time with two bigs on the floor after starting three guards in every game last season.

Cowan said there’s been an emphasis on feeding the ball to post players, and the Terps have installed many new plays designed to ensure they take advantage of their size.

Fernando said Turgeon’s faith in freshmen was a significant reason why he decided to come to College Park.

But even if Fernando weren’t on track to get many touches on offense, the team believes his work ethic wouldn’t change.

That drive, more than anything, is what’s turned him into one of the most anticipated members of Turgeon’s squad.

“It’s something that, I just have it with me,” Fernando said. “Coach tells me to get some water, I run to the side, go get some water and come right back and go at it.”