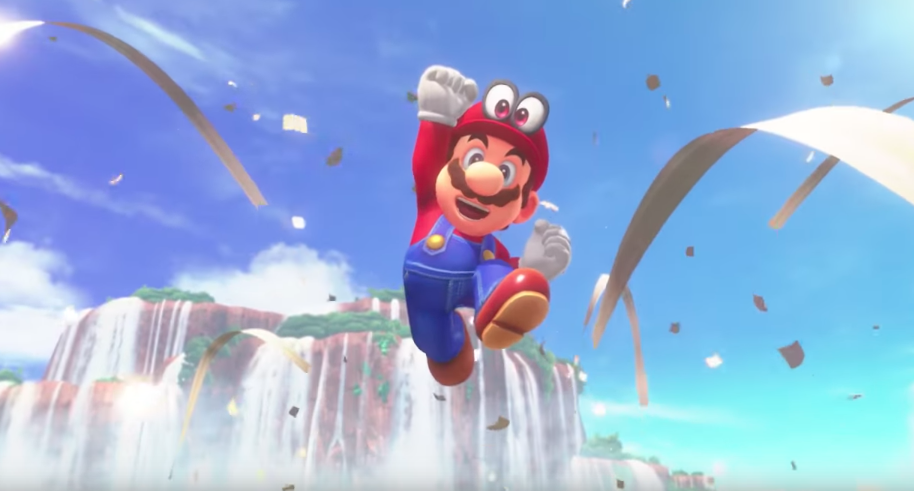 Mario’s famous hat has been destroyed by Bowser. And as the game begins, his head is now occupied by Cappy, an animated hat that escaped Bowser’s control. The hat’s kidnapped sister, Tiara, currently resides as Princess Peach’s tiara. In a parallel storyline, the evil spiked turtle monster seeks to collect artifacts to marry the princess in a forced wedding. Meanwhile, Mario tries yet again to save Peach from his arch-nemesis.

While the story isn’t necessarily original, the gameplay sets itself apart from previous installments in the franchise. Mario can throw Cappy as an attack and can sometimes control his enemies. That’s right: For the first time in a main series game, players can control Goombas, Cheep Cheeps, Bullet Bills, Chain Chomps and even a dinosaur. Each of these enemies has a different ability that helps the players complete the levels in which they appear.

Like in previous Mario games, characters can travel among many different worlds with different themes. The game is a non-linear style, and the map has countless interactive elements — each unique to its location. Mario’s ship, the Odyssey, is powered by Power Moons available in each location, which encourages exploration of the world.

After The Legend of Zelda: Breath of the Wild and Splatoon 2, Mario Odyssey is the third major franchise to have an original installment for the Nintendo Switch. The game, which is refreshing and fun, had a high burden of proof to show it was a good fit for the system and for the series’ canon. Super Mario Odyssey proves it not only stands out within the countless logs of Super Mario games, but also is a good fit for the Switch’s style of portability and motion controls.

Perhaps the most challenging part of a video game is making the controls intuitive and easy to learn. Even though I had to invert the camera control to get the game to work for me, I quickly mastered it. Unlike games such as Super Mario 64 and Super Mario Sunshine, this game makes it easy to control Mario and make him go exactly where a player wants him to go. The most challenging part of the game is exactly what it should be: Boss battles.

Mario’s hat and key weapon, Cappy, is a fun new side character. Though his voice is annoying, his powers and the ability to customize him makes Cappy a welcome addition to the world of Nintendo. I will look forward to his inevitable inclusion in future franchises, even as a cameo.

The only issue I found is a lack of restraint. The trailer showed Mario using Cappy to control a T. rex; what should’ve been an awesome, earned moment actually occurred very early in the game. The payoff would have been more satisfying if it had happened later on. Nonetheless, my only criticism of the game is that I got to play as a dinosaur too soon.