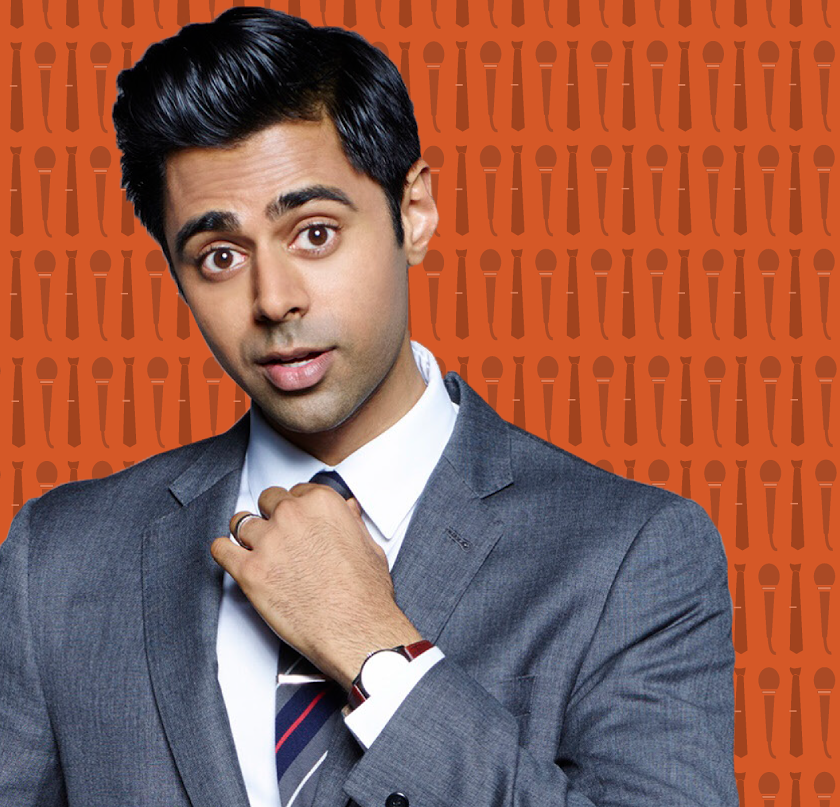 Hasan Minhaj was only on stage for 30 minutes, but in that time he managed to discuss a wide array of serious issues using anecdotes, statistics and visuals — all under the guise of comedy.

Minhaj headlined this university’s Student Entertainment Events’ annual Homecoming Comedy Show a few months after the debut of his Netflix special Homecoming King. His performance on Oct. 26 at Ritchie Coliseum drew in a huge, diverse, eager crowd, many of whom started lining up around 5:30 p.m. for his 8 p.m. set. He performed a second show at 10:30 p.m.

As a Muslim-Indian comedian, Minhaj focused on his background in a way that resonated well with his audience.

“I watched [Homecoming King] and that was the first time I watched a show that basically resembled my life in America. I wasn’t born here but basically grew up here since I was 5, and it was so relatable because everything he was saying resonated with my life,” said Sihrish Noureen, who graduated from this university in May. “It was really cool for Maryland to host him especially right after that show came out, and that’s the reason I came.”

Much of Minhaj’s short set was spent discussing the issue of refugees coming to America and how fearful many people are of that. He looked at terrorism, Islamophobia, his personal experiences with racism and more through a comedic lens.

“I’m glad that he does it,” junior math major Bhaswanth Potarlanka said of Minhaj using his platform for political issues. “That’s where he got started too, he’s always been a political comedian, so I’m glad he stuck with that. That’s his niche, that’s what he’s good at.”

Some audience members were unfamiliar with Minhaj’s work, like sophomore business student Milena Chavin, but were still impressed.

Laughter from the audience was often juxtaposed with dead silence as he transitioned from a joke to a jarring statistic, but it wasn’t awkward or unnatural.

“I feel like he had a very creative way of showing the importance of what his message was,” sophomore bioengineering major Shanza Khan said. “Refugees are something that we need to focus on and he [spoke about it] in a way everybody could relate to and come to a solid ground on.”

Many others also recognized Minhaj’s ability to resonate with various groups, making it one of the most salient aspects of his performance.

“I thought it was great that he used comedy to appeal to the masses on a more political standpoint,” said Sumiyya Raheem who graduated from this university in 2015. “The audience was really diverse and he was able to connect with everyone at some point and I appreciated that. As a Muslim female in America, he touched on each one of my identities and I really liked that.”

Minhaj is among many comedic greats who have performed at this university, but his unique ability to lighten up some of the darkest issues in America sets him apart from other comedians. Many students left with smiles on their faces and a new perspective in their brains.

“I saw Kevin Hart when I was here, and he was great, but he was just talking about his love life and like funny things happen in his life,” Raheem said. “But Hasan Minhaj used his platform for a better purpose while still making us laugh.”