UMD SGA will fund MaryPIRG after initially denying its request 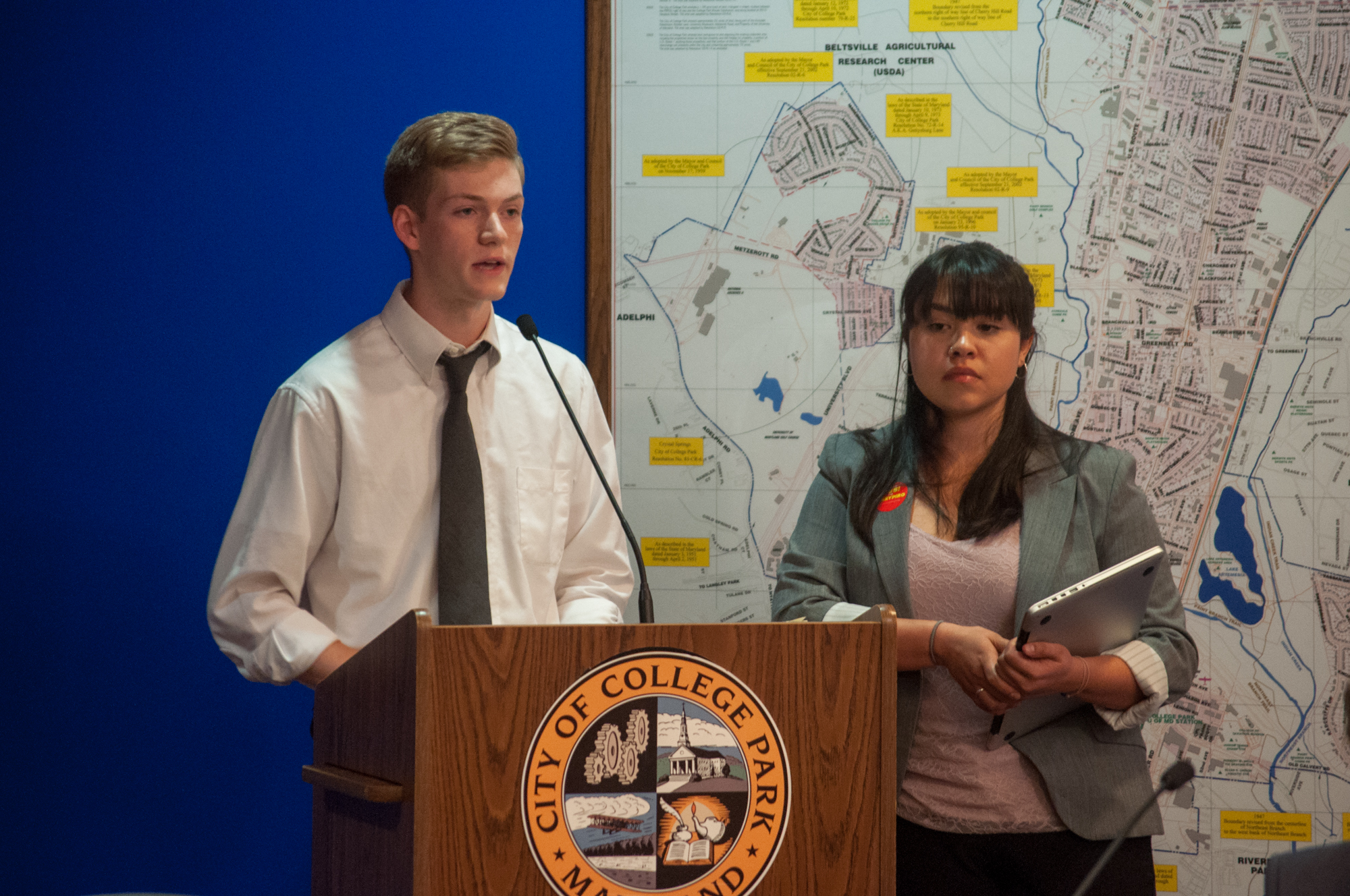 After the SGA denied MaryPIRG’s request for funding earlier this semester, the legislature voted in favor of the student activist group’s appeal during Wednesday’s meeting in City Hall.

The vote, 20 to 9 with three abstentions, means MaryPIRG will receive $25,362 from the Student Government Association’s appeals fund.

The approved funds will be used to pay the salary for the campus organizer, who helps “create long-term change on campus,” said MaryPIRG President Ary Papadopoulos, a senior public health science major.

The campus organizer is a resource for not only MaryPIRG members, but all students on the campus, Papadopoulos said.

MaryPIRG is working on a campaign to ban the use of Styrofoam statewide. The group has also advocated for the end of fracking and for affordable textbooks, among other initiatives.

The group’s appeal was amended from their original request on Oct. 5, when the SGA Financial Affairs Committee denied to fund $25,362 for MaryPIRG’s campus organizer, and an additional $9,426.38 for their state director for “salary, taxes, and benefits,” according to a document submitted to the committee.

MaryPIRG representatives amended their appeal to include only the salary of the campus organizer for a total amount of $25,362.

“It has nothing to do with the amount requested,” Abdelkader said.

The bylaws state “no SGA recognized group shall be authorized to allocate any of their SGA funded budgets or any compensation that may be interpreted as wages or salaries.”

However, the SGA does allow student groups to appeal any decision made by the committee and, if necessary, a second appeal to the legislature.

The bylaws also state that student groups, such as MaryPIRG, may request an exemption from this rule every two years with a referendum by the student body.

During the meeting, MaryPIRG representatives cited a 2016 referendum held on this campus in which 75 percent of the 1,576 students who participated voted to support funding the MaryPIRG staff through a portion of the student activities fee, while 16 percent were against this action.

Although, the referendum exemption is “non-binding,” Abdelkader said.

“This means the committee is not required to fund salaries solely based on the outcome of that referendum,” Abdelkader added.

Previously SGA has approved similar funding requests. In fiscal 2015, the SGA funded about $32,800 in salaries for these same positions, according to an SGA referendum document. However, these funds were never spent and were returned to the SGA, Abdelkader said.