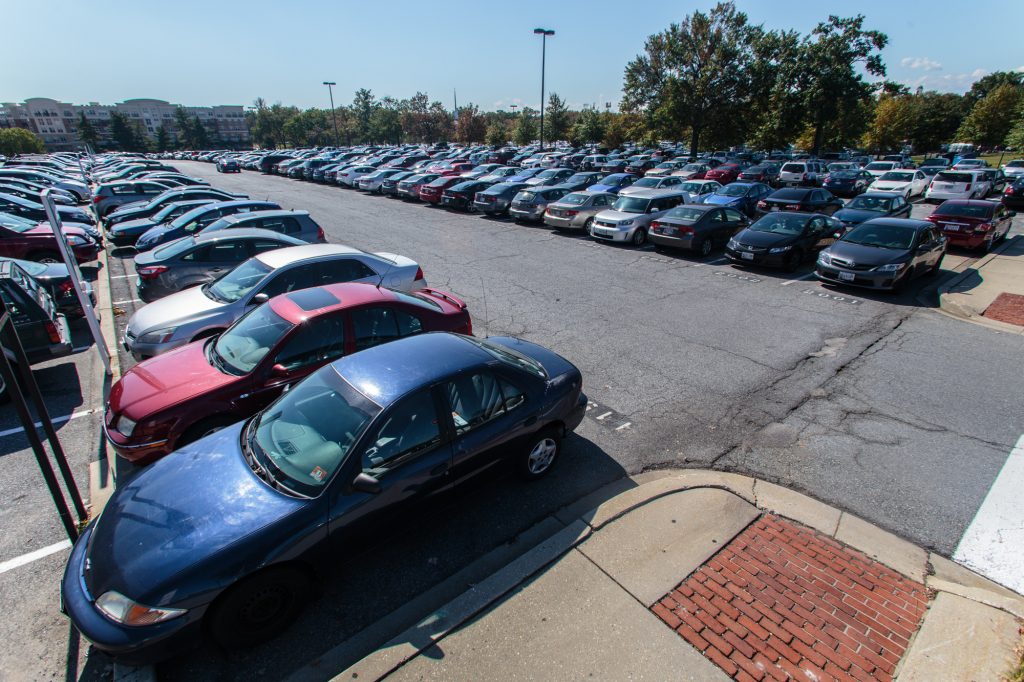 As part of the University of Maryland’s Climate Action Plan 2.0, DOTS is working on plans to increase the number of on-campus electric vehicle charging stations by 2020.

There are 18 charging stations throughout this university’s parking lots, said Department of Transportation Services spokeswoman Cara Fleck. Charging is free, although vehicles parking in the charging spaces must either be registered with DOTS or pay the meter associated with the spot, and most have the capability to charge two vehicles at once, Fleck said.

The available charging-capable parking spaces are extremely popular and usually fill up early in the day, Fleck said. DOTS has applied for two grants — one through the state and one through the Council of Governments in hopes of receiving funds to build more.

This university should aim to have 43 parking spaces with chargers by 2020, 64 by 2025, and 93 by 2040, according to the Climate Action Plan, which was first released in 2009 and aims to make the campus carbon-neutral by 2050. DOTS will not make concrete decisions on new stations’ locations until funding is approved, Fleck said.

[Read more: This house is 100 percent solar powered. A UMD team wants to mass produce it.]

“The long-term solution and the real hope is that we get the grants,” Fleck said.

Over the summer, two new charging stations were added to Regents Drive Garage. Other stations can be found in locations such as the top level of Union Lane Garage, Lot MV next to Mowatt Lane Garage and the visitor center.

Mark Stewart, senior project manager of this university’s sustainability office, said while he supports adding charging stations to incentivize and support green transportation, he isn’t sure DOTS should focus on providing enough charging spaces to service every member of the university community who drives a hybrid or electric vehicle.

When electric vehicles entered the market in the 1970s, their battery lives were short — they could drive about 40 miles on a full charge, according to the U.S. Department of Energy — requiring owners to charge them on both ends of their daily commutes. Now, Stewart said, some electric vehicles can get more than 200 miles out of a single charge.

“I don’t think we should think of [charging stations] as always needing to meet the demand,” he said. “Just as we don’t provide a gas pump at every parking space, I don’t think that the model needs to be that there’s a charging port at every space.”

Single drivers often occupy one charging space all day, even after their vehicle has been fully charged, but DOTS is considering changing its policies to prevent this, Fleck said.

“I think it’s a super important initiative, especially since I know we had a lot of verbal plans come out regarding reducing our emissions,” said Arnouk, whose entire family drives Prius cars. “It’s a good step towards that.”

Senior physics major Justin Matney said he walks to the campus every day, and thinks that “more could always be done” in the ongoing quest for carbon neutrality.

“We certainly don’t have zero carbon footprint, so until we reach that level, than I would say no, we’re not doing enough,” Matney said.