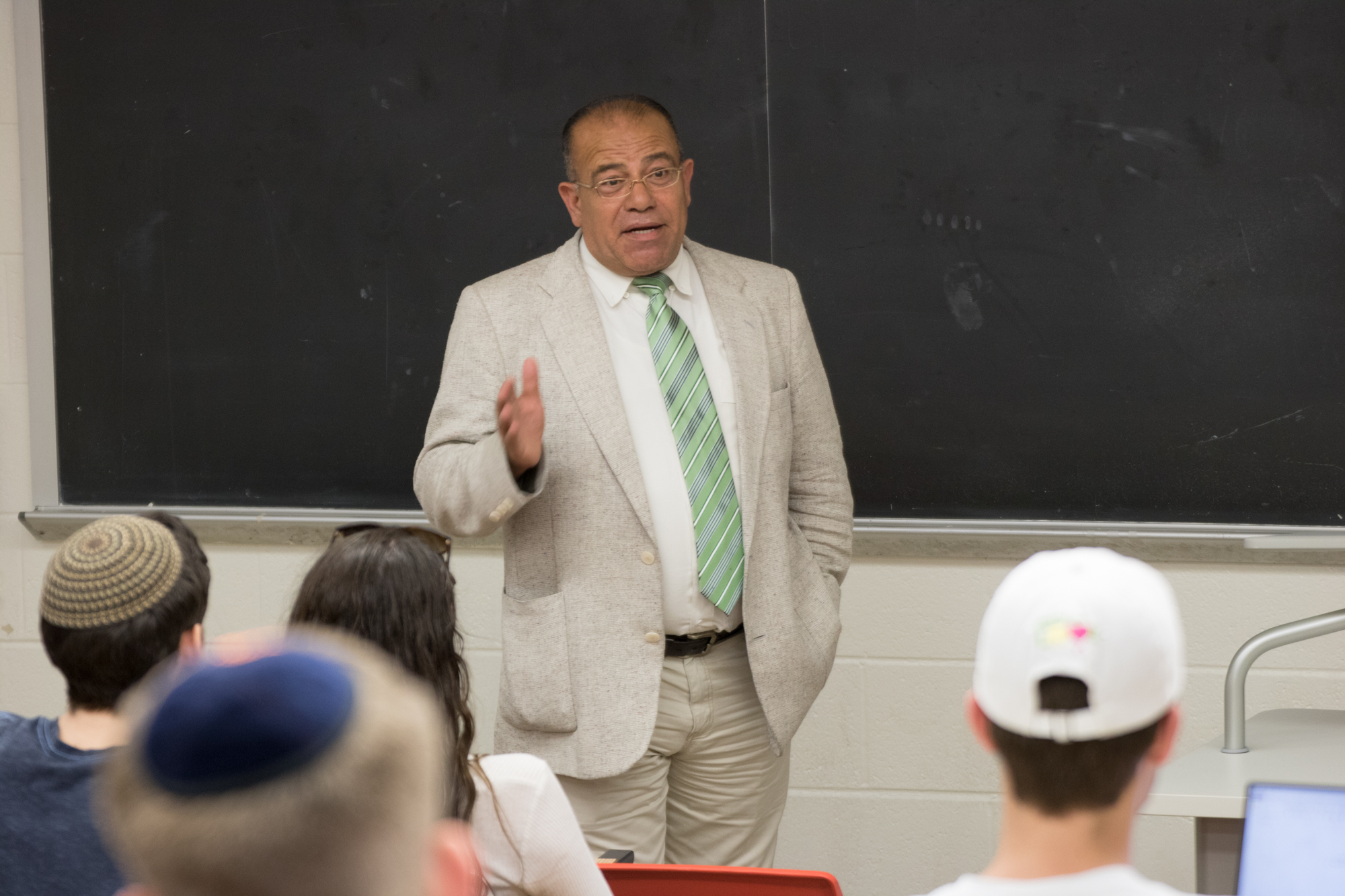 Terps for Israel, a pro-Israel campus organization, hosted the event to shed light on the tensions between Israelis and Palestinians. The group supports a two-state solution, where a Jewish state and a Palestinian state can coexist, according to the group’s website.

Aaron Bernstein, a sophomore government and politics major and a spokesman for Terps for Israel, said the group wanted to bring Eid in to explain the conflict, as well as provide perspective on why it continues today.

“Bassem talks from an angle you don’t really hear from,” Bernstein said. “He’s someone who is Palestinian, but who understands the importance of shining a light on the Palestinian authorities.”

Bernstein also said Eid’s perspective is important for students of all backgrounds.

“I and a lot of the other kids on this campus think Israel is really inspirational,” he said.

Avi Schneider, a junior marketing major who also serves as Terps for Israel’s president, echoed Bernstein and said this issue is difficult, and “both sides have their problems.”

“It’s being able to educate people so they don’t just get their information from the internet, but they hear from professionals [and] people who have dealt and lived through this conflict,” Schneider said.

Eid, who is also the founder of the Palestinian Human Rights Monitoring Group, addressed the Palestinian-Israeli conflict over land disputes regarding the control of the Israeli occupied Gaza Strip. Eid referenced problems in Israel and other countries, however the University of Maryland community has also experienced rising tensions.

In 2016, students supporting Palestine protested Israel Fest, resulting in a police presence on campus. Again in 2017, more than a hundred gathered in front of McKeldin Library to boycott the event.

During the event, Eid said only two parties can solve this problem — the Palestinians and the Israelis. Students had the opportunity to ask Eid about possible solutions for peace. In response, Eid said negotiating a better economy between these two peoples would be a step in the right direction.

“Palestinians are seeking dignity, not identity,” he said.

“Being in a Jewish family I was taught how the state of Israel was such a great place because it’s where the Jewish people and anyone who accepts Jewish values can live freely without disturbance,” Cohen said.

Nicole Feigenblum, a junior kinesiology major, also said she believes hearing all perspectives is necessary in order to achieve peace.

“I think that it’s really important to see that it’s not just a Jewish issue,” Feigenblum said. “There should be a way to discuss the issue … [and] there should be some type of dialogue to do so.”