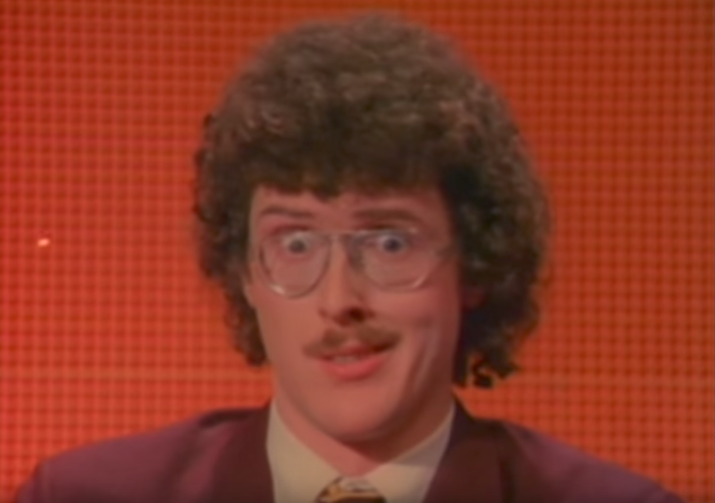 Earlier this month, comedian and parody artist extraordinaire “Weird Al” Yankovic announced a new 2018 tour. But Yankovic, who hasn’t released an album since his Grammy-winning Mandatory Fun in 2014, isn’t going to be performing his most famous parodies. Instead, he will be playing original songs in small venues.

Weird Al’s concerts are a wonderful blend of comedy and song. His frequent costume changes are covered by previously recorded skits, meaning the audience always has something to look at. He usually plays many of his classics, and it’s clear he has been touring with his band for 30-plus years that the band has a strong chemistry on stage.

Yankovic claims this new tour will lose the gimmicks and costume changes: He says he and his band will play his fans’ favorite original songs that they may have never heard before live. This may mean that even Yankovic’s most famous original song, “Dare to be Stupid,” may not appear in the concert, as it usually is accompanied by a Devo-inspired costume.

Some fans might not be aware that Yankovic produces comedic, original music, which sometimes parodies a band or movement’s style. Before you buy tickets to the tour, here is a guide to original Weird Al.

Much of Yankovic’s early music might be too different for people who aren’t big fans of his, so try his third album: Dare to be Stupid. “Cable TV” is a fun song that is a good way to learn about his style of humor in his original work. The title track also demands a listen.

A style parody of Talking Heads, “Dog Eat Dog” could almost pass as any other goofy 1980s group if it weren’t by Yankovic. Off of his fourth album, the song goofily examines a worker trying to make his way up the corporate ladder by bragging about his office skills.

“The Biggest Ball of Twine in Minnesota”

This is a fan-favorite. Off of his movie soundtrack (Yes, Weird Al made a movie) UHF, this folk song parody is almost too easy to imagine being played in a small venue. It’s a must-play for this tour, and a must-listen for any Yankovic fan.

Released on Alpalooza, his eighth album, the song is a parody of R.E.M.’s early work and that general style from the early 1990s. Honestly, this song is just plain catchy and it’s fun to imagine dancing to it. Plus, combined with “Cable TV,” there’s a definite theme here.

Yankovic has written two classic Christmas songs: “Christmas at Ground Zero” and “The Night Santa Went Crazy.” Both are original and hilarious and worth adding to your holiday playlist that you’re making even though it’s October and you really need to just get through Halloween first.

Yankovic has said he will mostly be playing classics, but be sure to check out tracks from Mandatory Fun and Alpocalypse for more modern-styled parodies.

“The Ridiculously Self-Indulgent, Ill-Advised Vanity Tour” begins February 2018 and includes one show in Maryland on March 20.