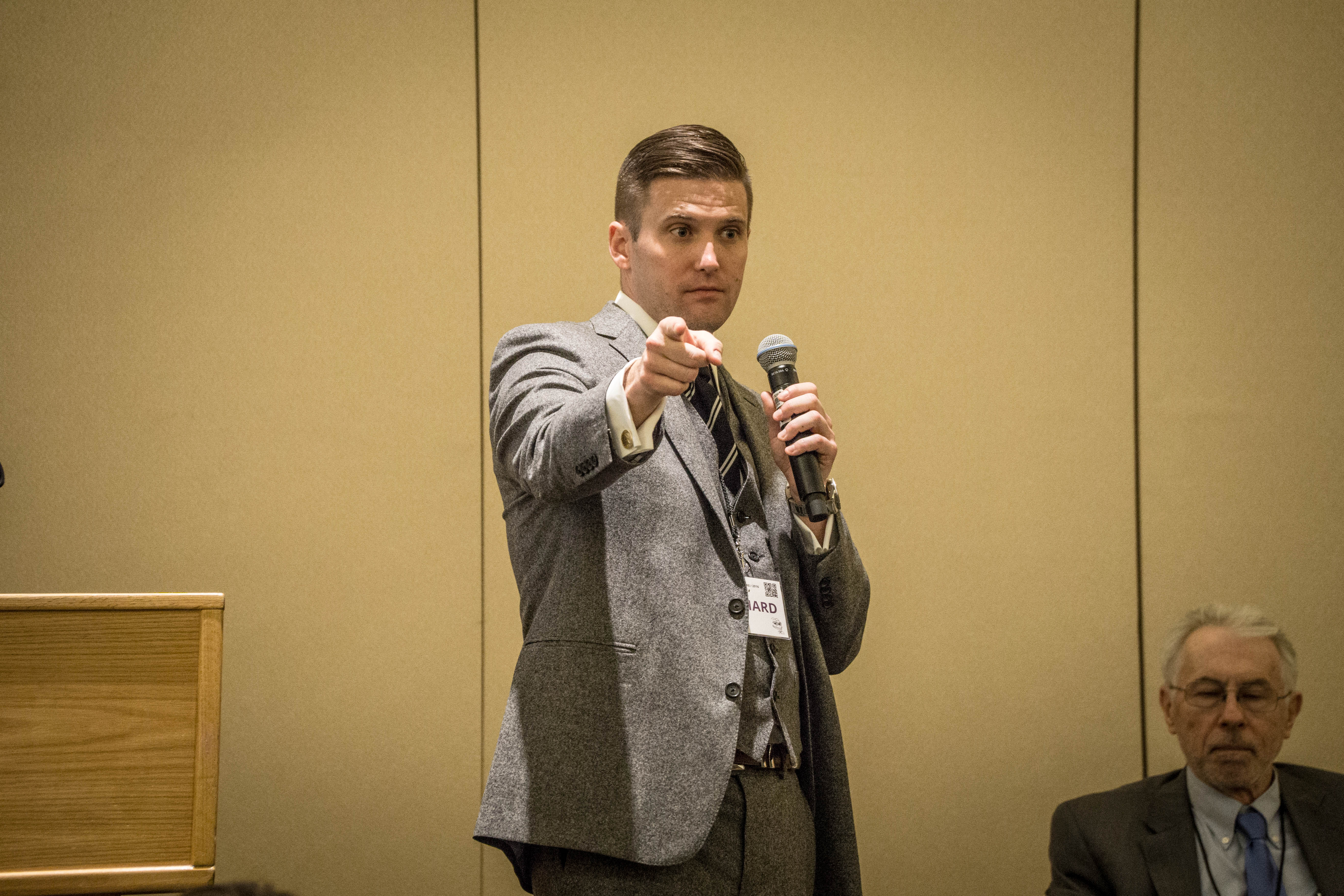 Thursday marked the start of Richard Spencer’s planned series of speeches on college campuses, following his white nationalist rally in Charlottesville. The first stop on his list was the University of Florida. Needless to say, Spencer’s arrival triggered outrage from many students — after all, this is a man who believes America was created by white people, and thus should only be inherited by them. Spencer has also called for a “peaceful ethnic cleansing” so the U.S. can revert to its days of white power.

“Peaceful ethnic cleansing” is a complete oxymoron. By definition, an ethnic cleansing is the “expulsion, imprisonment, or killing of an ethnic minority.” To lump the words ‘ethnic cleansing’ and ‘peaceful’ is utter nonsense and only indicates the speaker’s ignorance of history and the English language. Given that almost 40 percent of the University of Florida’s students are not white, it’s no wonder that Spencer’s arrival was met with immediate backlash.

Florida Gov. Rick Scott declared a state of emergency in the county where the University of Florida is located. Given the violence that erupted from the Charlottesville rally, heightened security is a logical response. But amidst the government’s frenzy to maintain order in a chaotic situation, Spencer was flattered by the security concerns. In his mind, the declaration put him on par with “hurricanes and invading armies and zombie apocalypses,” he told CNN Tuesday.

Clearly, Spencer has narcissistic tendencies. But the truth is the potential for chaos and violence isn’t inherent to him; its source is the greater ideology he represents. The University of Florida’s speaker could have been David Duke or Milo Yiannopoulos — whose planned speech at the University of Maryland was canceled last year — and the backlash from the student body would likely have been just as strong. Although these are some of the most publicly visible representatives of white nationalism, these men are ultimately just the surface of a deep and insidious movement.

White nationalism is more than a few loud-mouthed, smug men like Richard Spencer. It is a movement sustained by a population of average, white American constituents who envision a less inclusive nation because they feel entitled to success and power over minorities.

This is why it’s so dangerous to let Spencer and other poster boys for white supremacy spread their opinions. Granted, the University of Florida was essentially powerless in blocking Spencer from speaking. The First Amendment does not grant public universities the authority to ban speakers for “offensive rhetoric.” But his hateful speech is more than just offensive rhetoric. His beliefs are the foundation for violence. At some point, we must draw a line between free speech and dangerously reckless speech. White supremacists like Spencer legitimize violence against minorities in the hopes of establishing the “white ethno-state” they desire.

Given our nation’s history and our current political climate, we cannot afford to continue ignoring Spencer’s words. There must be a virtually unanimous condemnation of any alt-right ideas for us to create a nation where there is equal opportunity for all, and where everyone can feel safe and respected.