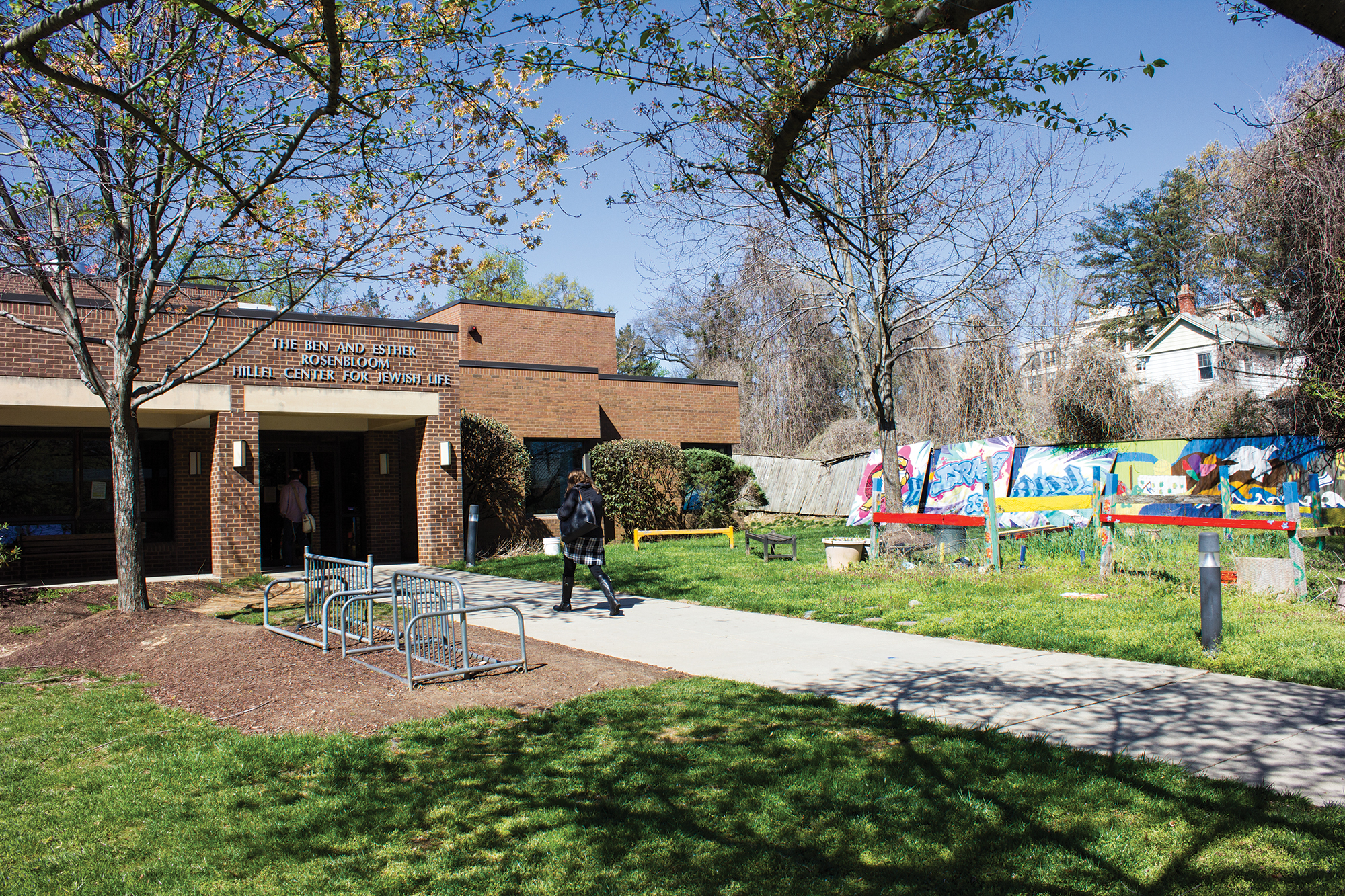 After University of Maryland police responded to several drawings of swastikas on the campus this semester, some members of the school’s Jewish community said they still feel safe at this university.

Police responded to the first of these incidents on Sept. 13, when a swastika was found on the plant sciences building’s fifth floor balcony. Two weeks later, police responded to a swastika spray-painted on a trash cart outside Hagerstown Hall. Former university employee Ronald Alford was charged with malicious destruction of property in the incident.

Between Sept. 28 and Oct. 9, police responded to three hate bias incidents — one of which was an illustration of a swastika — in the North Campus Dining Hall’s men’s bathroom.

“As someone who’s visited concentration camps and seen the horrors of the Holocaust, it’s really uncomfortable to see swastikas drawn on my campus,” said Jonathan Allen, former president of Terps for Israel who serves on Hillel’s board of directors. “But at the same time, I don’t feel like it’s threatening my life or my safety.”

This university has one of the largest student Jewish populations in the country, Allen said, with 6,500 students, according to Hillel’s website.

Josh Goldstein, president of Jewish Student Union, said the incidents surprised him at first because of the large Jewish population and this university’s diversity.

Although Goldstein, a junior communication major, said he was initially scared, he’s “never felt unsafe to be a Jew on campus,” adding Jewish groups and organizations have come together in recent weeks to discuss the hate bias incidents.

“It’s very important that each Jewish body on campus stays together and supports each other as one unified group,” Goldstein said.

Marsha Rozenblit, a professor of modern Jewish history, said painting a swastika is a “clear sign of an affinity with Nazism.”

“People do this knowing full well that the swastika is a symbol of bigotry and they’re not shying away from it,” Rozenblit said. “However, I don’t think it’s a sign the University of Maryland is hopelessly infected with anti-Semitism.”

Rozenblit would have been more upset if there was an organized, large-scale demonstration of hate instead of these isolated incidents, she said.

Rozenblit added that “the forces of right-wing bigotry” are not only directed toward the Jewish population, but also to the black, immigrant and other marginalized communities.

“It’s upsetting when it’s directed against any group,” Rozenblit said. “It all comes out of the same source, which is the animosity against the other — the fear of being overwhelmed by people who are different.”

Addressing this problem of hate can be hard, Rozenblit said. It’s easy to rely on educational programs to teach students how to confront these issues, but she said these programs might not work because “the people who need them the most are the people who pay attention the least.”

Instead, Rozenblit said we need to make it clear that this hatred is unacceptable in a decent society.

“What we have to do is not look the other way and pretend it’s trivial,” she said. “We shouldn’t overreact but we shouldn’t ignore it either.”

Students may lack knowledge on how to properly report hate bias incidents, Allen said. He suggested that this university’s administration work on developing a clear reporting mechanism that offers the choice to report incidents anonymously.

“The last I was told was to call the 911 non-emergency number,” said Allen, a junior government and politics major. “I don’t think most students feel comfortable going out of their way to do that. They might just walk by but they’re probably not going to call 911 if they see something drawn.”

In addition to the recent hate bias incidents involving swastikas, this university also saw white nationalist posters across the campus, a noose in a fraternity house and anti-immigrant demonstrations last semester.

In May, black Bowie State University student 2nd Lt. Richard Collins was killed on this university’s campus. Sean Urbanski, a white former student at this university, was indicted on one count of murder in July and on a hate crime charge Tuesday.

“We’re seeing an uptick in violent incidents,” Allen said. “While these incidents might be isolated individually, I think collectively they’re taking a toll on students … to see so much happening at once while we’re going on with our classes and our daily lives.”

Allen said it’s important to not grow apathetic or allow these acts to become normalized on campus.

“We need to continue to remain vigilant, stand united as a community,” Allen said, “and make sure that when we see these acts we call them out, whether they’re anti-Semitic or not.”