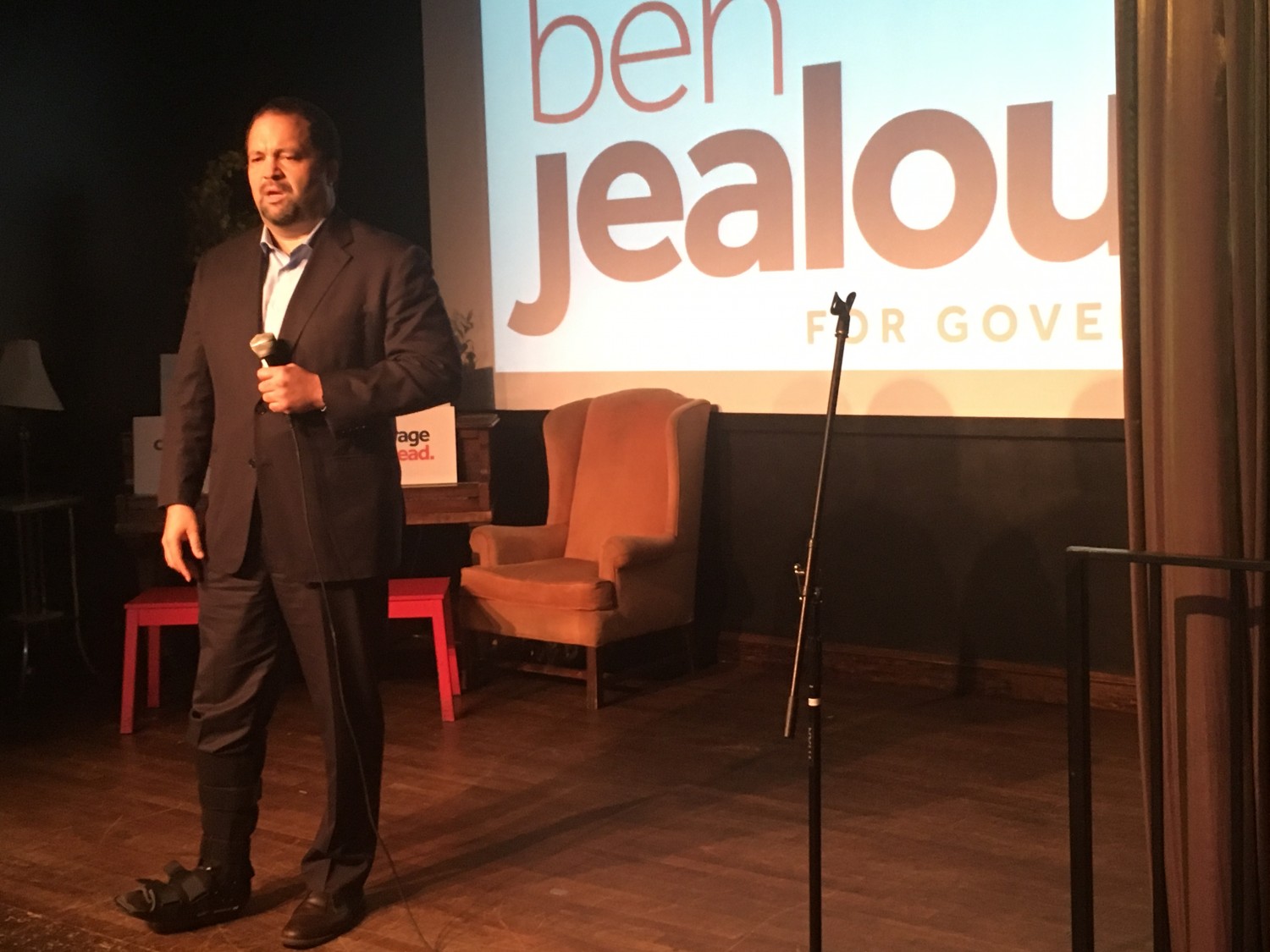 One of the reasons Ben Jealous is running for governor is to bring back “the Maryland dream.”

“The only thing more powerful than the American dream is the Maryland dream,” the former NAACP president said. “We’ve got to get back to Maryland being the Maryland that brought us here in the first place — the place that we knew where, if we put down roots here, our children could dream a little higher and our families could succeed a little more.”

More than 100 people came to Busboys & Poets in Hyattsville on Thursday to support Jealous’ campaign, according to event organizers, with some staying the whole time and others quickly dropping in to hear him speak. Sen. Cory Booker (D-N.J.) was originally supposed to attend the event but was unable to come due to ongoing Senate votes.

Jealous, who announced his candidacy on May 31, has campaigned on adopting a Medicare-for-All system, raising the minimum wage to $15 and reforming the criminal justice system, among other issues.

Maryland’s qualities could help the state make progress on some of these issues, Jealous said.

“We’re a state that is a little wealthier than most, a lot more progressive than anyone to the south of us and oftentimes more forward-thinking than those to the north of us,” Jealous said.

Jealous spoke about his plan to end mass incarceration and use the saved funds to end student debt.

Greenbelt resident Julie Phelps, a former comptroller at the University of Maryland, said this point particularly resonated with her.

“I thought he was right on … when he said our politicians never ask how much it costs to incarcerate our young people — our young men especially — but they always, always ask how much it’s going to cost to educate them,” she said.

Jealous also spoke against Democrats moving to the right to get Republicans to vote for them, listing examples from when he was an organizer in Mississippi.

“You know one thing you never see in Mississippi?” Jealous asked. “You don’t see Republicans moving to the left trying to convince Democrats to vote for them.”

In contrast, he said, there are Democrats who go on TV in Maryland trying to convince Republicans to vote for them.

Cheverly Councilman R. Julian Ivey spoke first, promoting health care as a right and student debt relief. He also said Democrats must look within themselves after their political failures in the 2016 election.

“We … must question if we sought out to find common ground with our fellow Americans who supported and still do support our president,” Ivey said. “We must look ourselves in the mirror and ask if we as a party have more of a message than simply resisting our current administration.”

Kimberly Davis of Waldorf said she’s upset by the current divisiveness throughout the country.

“What we have right now is just not a good thing at all, so I’m looking forward to him and Mr. Booker moving on up the rank,” she said.

Booker endorsed Jealous on Tuesday and called him “a proven leader who brings an authentic voice,” according to The Washington Post. Sen. Bernie Sanders (I-Vt.), who ran for the Democratic presidential nomination, also endorsed Jealous in July.

“If this campaign, this movement that we’re building together is fundamentally about one thing, it is about getting our priorities straight,” Jealous said. “It is about putting the working families of Maryland back in charge of our state.”