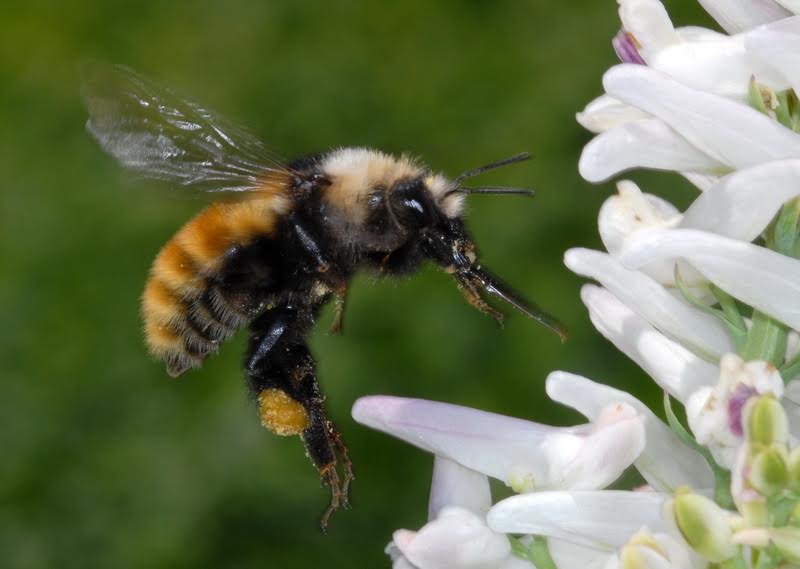 A University of Maryland researcher co-authored a study about how longer springs, due to climate change, might hurt the bee population.

David Inouye, professor emeritus in the biology department, has been researching and collecting data on 120 species of plants in a specific region of Colorado’s Rocky Mountains since 1973, along with the climate in that area.

He also spent nearly a decade collecting data on more 100 species of the bee population. This specific study focused on the three most commonly found bee species in the region.

The study found that the spring season shifted over the years to start about three weeks earlier because of climate change, Inouye said.

An earlier spring has several negative consequences for bees, Inouye said. The snow in the region melts sooner, and while this means the growing season of pollinated flowers is longer, an earlier frost melt can lead to more frost damage in the flowers. This results in fewer pollinated flowers overall.

There are two main peaks during flowering season, but as spring lengthens, the two peaks get further apart from one another, Inouye said. This has caused fewer flowers in the summer, when pollinators such as bees need those flowers’ nectar and pollen.

“It is the political will around the world to cut back on greenhouse gases in order to stop the trend, but unfortunately, the United States is no longer a leader in that movement to try and slow down climate change,” Inouye added.

While Inouye doesn’t know if the climate shift is severe enough to cause the extinctions of bees, he said if these trends keep happening, some bee species might not adapt to the warmer climate and could disappear. He has already started to see evidence that some wildflowers that used to grow in the area where his lab is no longer grow there.

While this study focused specifically on a region in the Rocky Mountains, climate change has affected the bee population locally as well, Lisa Kuder, an entomology doctoral student at this university, said. A 2016 multi-government assessment report estimates that about 40 percent of insect pollinators, including bees, are threatened with extinction.

“One example is of the rusty patched bumblebee,” Kuder said, who is part of PollinaTerps, a student led group working toward creating a bee-friendly campus. “Just 30 years ago, they were a common sight in the D.C. region. They have essentially vanished.”

This research is funded by the National Science Foundation, which gives $90,000 each year as part of a 10-year grant for expenses in the lab and for faculty.

Biology professor Emeritus Doug Gill has visited the Colorado lab at least six times in the past 20 years to see this long-form research for himself.

“There’s nothing quite like looking at a plant you know your colleague has carefully measured and documented for half a century,” Gill said. “The huge data set is tremendous and is unlike virtually any such study site anywhere in the world. He’s world famous for having accomplished this.”

“This project is valuable because it takes many years of data before you begin to pick out patterns,” Inouye said. “I want to keep going as long as I can and if I get tired of this project or pass on, I hope some of the next generation can keep it going.”