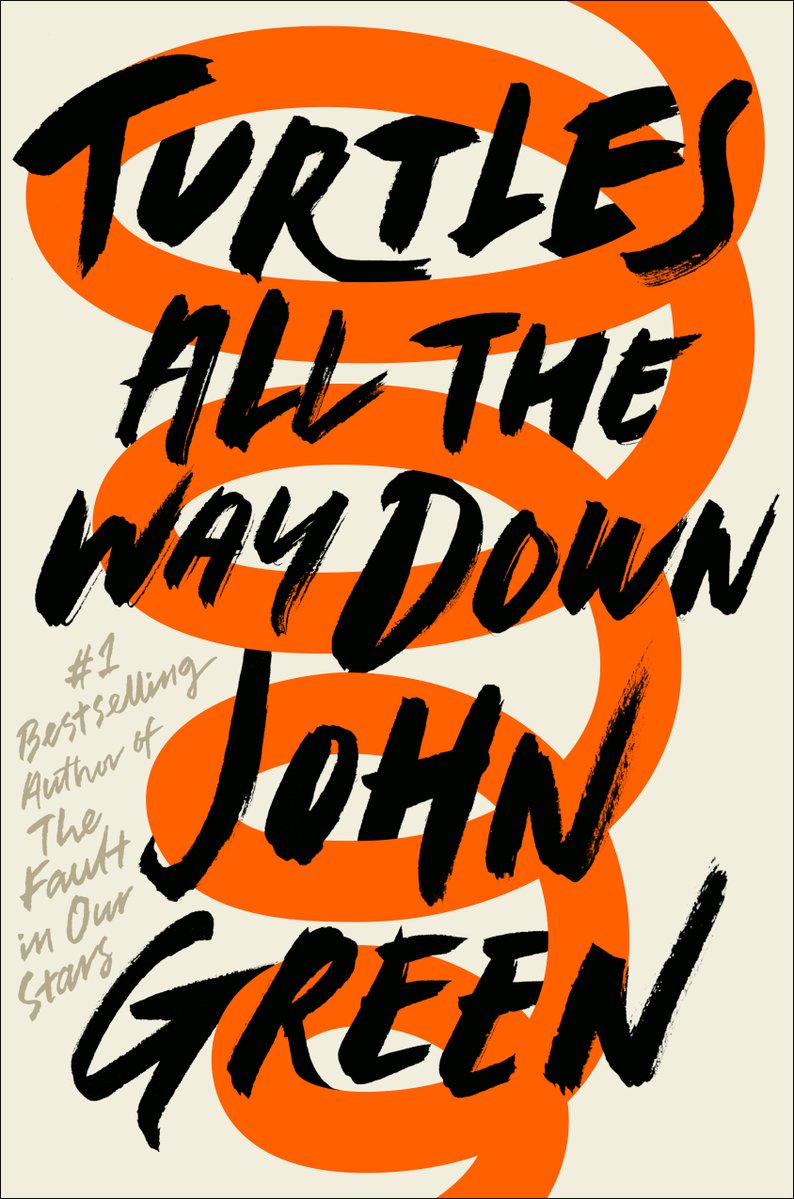 John Green has never been a teenage girl.

But the experiences the 40-year-old author emulates in his writing feel so simultaneously intimate and universal, it’s easy to forget that the fictitious 16-year-old girl he’s writing into existence is just that: fictitious.

Turtles All the Way Down, which hit bookshelves on Oct. 10, is Green’s fifth novel and the first since The Fault in Our Stars — his 2012 bestseller that centered on two teenagers who fall in love after meeting in a cancer patient support group.

It’s also Green’s most personal venture in writing. As a co-host of the YouTube channel vlogbrothers with his brother, Green has been open about his ongoing struggles with obsessive-compulsive disorder and anxiety. The novel stars teenage Aza, who has a similar struggle: She gets so anxious about the possibility of contracting diseases that it affects her social life, schoolwork and love life.

Good storytelling stems from clear and concise writing. It’s about telling the most important parts and deciding which anecdotes or situations don’t lend enough to the story as a whole and should be discarded.

Green does very little to discard the inconcise portions of Turtles All the Way Down. And that’s exactly what makes his writing in this book so brilliant.

He’s able to encompass the confusion and frustration of “thought spirals,” as he dubs them, periods in which Aza becomes so anxious about a situation or a perceived health threat that she cannot stop worrying about what may happen, losing touch with reality in the process.

There’s one scene — in which she is sitting in a booth at Applebee’s and begins social media stalking someone — that becomes so encompassing and goes on for so long, you forget she was even sitting in the booth.

Green plays with the idea of an unreliable narrator throughout. During peak points of Aza’s instability, he swerves back and forth between writing in first and second person. A particularly upsetting mental break for her results in an entire page of run-on sentences — some in italics, others in regular font — in an intense internal battle.

Call this the dark side of Green’s “my thoughts are stars I cannot fathom into constellations” concept, which evoked a feeling of hopeful uncertainty in The Fault in Our Stars. In fact, Turtles as a whole has a TFiOS essence to it, swapping out physical health struggles for mental health struggles.

Turtles also explores staples of Green’s other books: teens worshiping their first cars, giving every character a weird nickname, going on a Grand Adventure, plus more than a few real-life landmarks that can be appreciated if you’ve ever spent a considerable amount of time in Indianapolis, where Green lives and where both Turtles and TFiOS take place.

Sure, it includes stretches of typical teenage pretentiousness, such as writing cringey poetry and staring up at the stars in search for a greater meaning.

But it’s those small things — the Indiana landmarks, the attention to detail, Green’s exceptional ability to pen thoughts that sound like the brain of a scared, anxious 16-year-old girl despite never being one himself — that make his writing here so phenomenal.

Intensely personal, universal, funny and heartbreaking all at once, Turtles All the Way Down is essential reading for everyone. Those who struggle with mental illness and those who don’t will both come away more empathetic and understanding than before.