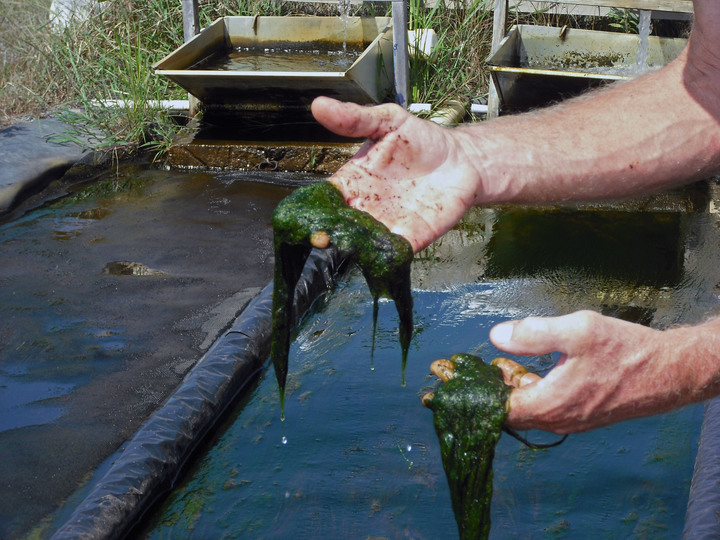 A group of University of Maryland students is entering its plans for an on-campus stormwater management system into a nationwide competition hosted by the EPA.

Campus RainWorks Challenge is an annual contest that aims to engage students, “foster a dialogue about responsible stormwater management,” and promote the benefits of green practices, according to the EPA’s website.

Students must design a system to help effectively manage stormwater runoff on their campus to enter the challenge. Teams from this university have won the competition twice in the past three years.

When rain falls on impermeable surfaces, it collects nutrients, chemicals and other objects that can flow into local waterways and cause pollution, explained Jim Foster, Anacostia Watershed Society president.

Samantha Francis, an Agricultural and Natural Resources Student Council representative for this university’s American Ecological Engineering Society chapter, is a leading member of this university’s 2017 team. She said she hopes to help create a system that will combat pollution in the small pond near Eppley Recreation Center and Terrapin Trail Garage.

“I walk by there every day when I go to the gym, and I noticed there was an algal bloom there, and I thought, ‘Wow, how cool would it be if my club built an algal turf scrubber there,'” said Francis, a senior environmental science and technology major. “That’s where everything just came together.”

An algal turf scrubber removes sediments, nutrients and other excess elements from water that can be harmful to ecosystems if left untreated. The scrubbers splash water against a screen with algae growth, which collects pollutants from the water, and the cleaned water is returned to the main water body.

This design mimicks the way rocks on coastlines collect pollutants from the water.

“Someone realized decades ago that coastlines are one of the most productive sources of nature,” Francis said, explaining that while the technology has been around for a long time, she still believes it could be used more. “This is a really neat, low-energy, low-cost technology that’s very adaptive to whatever system it’s been implemented in.”

Roads, parking lots and sidewalks are all examples of impermeable surfaces that require stormwater management technology, because water runs over them and directly into drains or water bodies.

The first place team in each design category will earn a $2,000 student prize, which will be divided evenly among the members, and a faculty prize of $3,000. Winners will be announced in the spring.

Cara Fleck, a spokeswoman for this university’s Department of Transportation Services, said while she was unfamiliar with the challenge, she would welcome working with “creative student efforts” to help ensure campus roads and parking areas are environmentally friendly.

“I think it’s fantastic,” Fleck said. “We would certainly be interested in speaking to them about their project.”

Francis’ team mostly includes other environmental science and technology students, she said, adding that she is hopeful the project will give students an opportunity to use the information they learn in class.

“That’s part of why I’ve gotten involved in my club, is because I’ve noticed that many students have never had a chance to apply their knowledge,” she said.

A separate student team from this university will also enter the competition. This team consists of five masters students of landscape architecture, plus several from the environmental science and technology department, Graham Binder, the agriculture and natural resources college’s director of communications, wrote in an email. They plan to enter a project that addresses a site affected by the Purple Line, Binder added.

Foster said stormwater management is an important issue that deserves more attention on this campus and around the nation.

“We’re gonna hand off this giant, festering behemoth that’s moving along here to the people who are graduating here soon,” he added. “It’s gonna become their issue, and they’re gonna need to figure these things out.”