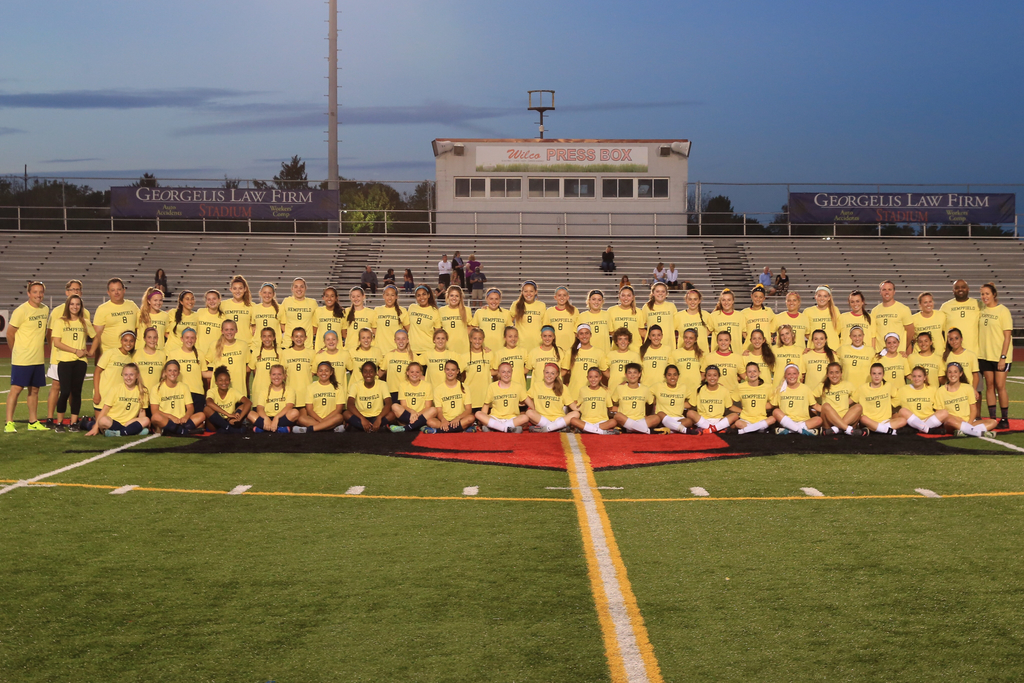 At least $13,000 has been raised for scholarships in former University of Maryland student Maria Fisher’s name after she died in a pedestrian collision on Oct. 1.

Fisher was struck by an SUV at about 6 a.m. at the intersection of Route 1 and Campus Drive, near the main entrance to the campus. Responders brought her to the hospital in critical condition, and she died shortly afterward. She was 18.

Among Fisher’s many passions were singing and writing songs, as well as playing soccer. Since her death, her high school and former club soccer team in her hometown of Lancaster, Pennsylvania, have set up separate scholarships in her name.

Her father, Daniel Fisher, is planning to set up the criteria for the high school’s scholarship in the upcoming months, and they hope to make it annual.

A GoFundMe for the high school scholarship that launched on Oct. 3 has raised more than $10,000.

“I’ve actually been a little bit surprised that without even knowing the checks that were sent directly to the school, which I know some of those were some of the larger amounts, … there was already $10,000 raised on the GoFundMe account,” Daniel Fisher said.

Katie Null, who created the fundraising page, said she knew Maria Fisher since middle school when they did the morning news together.

Null and her friends wanted to do something to “make a little good out of the situation,” she said, so after they found out about the scholarships, they decided to launch the campaign. All of the money will go toward the Hempfield High School scholarship.

The level of response the campaign received surprised Null. She said she’s twice had to change the campaign’s monetary goal, which started at $2,000.

There is no set monetary goal for the scholarship, Fisher’s father said, but he added he anticipates it will be between $15,000 and $20,000.

Fisher’s high school soccer team has been collecting funds for its scholarship by selling yellow T-shirts with the number eight, which she sported on her jersey.

Jason Mackey, Hempfield’s girls’ soccer coach, said the team originally bought about 150 shirts to sell at games, but they sold out within 20 minutes.

“The support from not only the students from Hempfield, but the graduates and the entire community was beyond what I expected,” Mackey said. “It speaks volumes about not only the kind of person she was, but the impact she had on her fellow students and her peers and the community.”

[Read more: After a UMD student’s death, friends and family are creating a scholarship in his honor]

“Almost every event you go to, there’s a whole crowd of people wearing those T-shirts in memory of Maria,” Daniel Fisher said. “It’s been really an overwhelming experience.”

“Maria was a great kid, and she was a great teammate,” Mackey said. “She was the perfect teammate I want in my program — unselfish, do what you asked, positive, got along great with everyone. And I think those characters and personality traits, those extended into her life outside of soccer.”

This university’s women’s club soccer team has also been fundraising in Fisher’s honor. It partnered with Potbelly Sandwich Shop to donate a portion of its sales from a fundraiser on Friday to go toward the high school’s scholarship.

Junior Nicole Karukas, the team’s fundraising chair, said the team had already planned a fundraiser for that day, but decided to donate it to benefit Fisher’s memory after the accident.

The team is still waiting to find out the total amount earned from the fundraiser, said Karukas, a marketing and supply chain management major.

Penn Legacy is in the process of setting up criteria and fundraising efforts to raise money for the scholarship, said Ryan Mowery, the club’s president. The club is unsure of how much it has made so far, but an obituary for Maria Fisher directed people to send money to either the Penn Legacy or Hempfield High School scholarship funds.

He expects the scholarship will be awarded annually to one or two graduating seniors in the club.