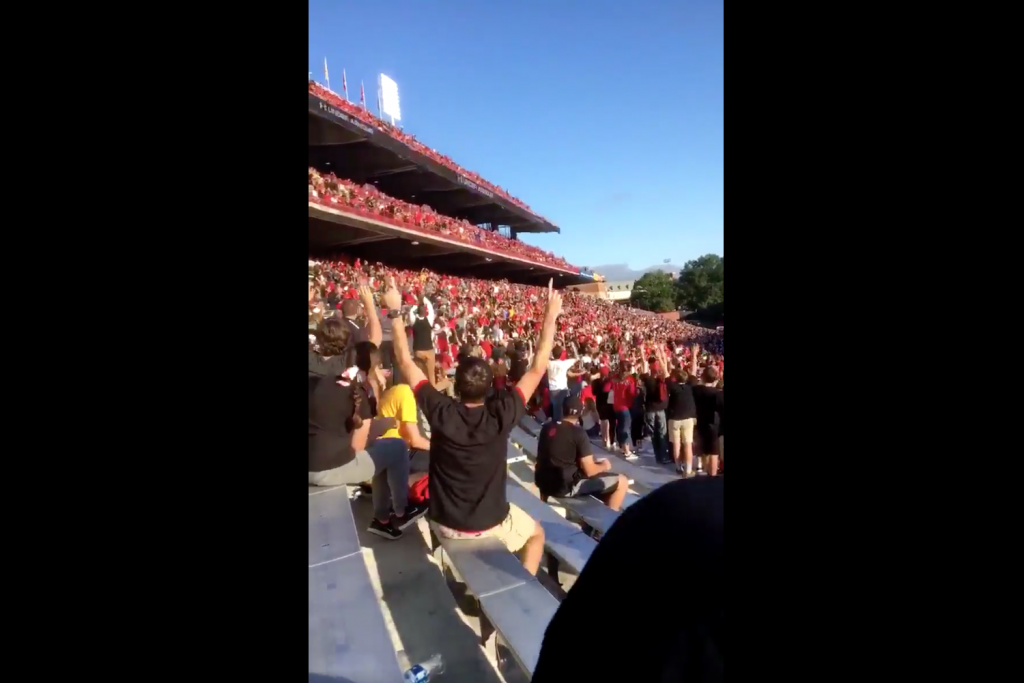 By Jordan Katz and Ryan Romano

Maryland football’s first half against Northwestern didn’t go too well — the Terps went into the locker room trailing 24-14. But the fans at Maryland Stadium had something to stick around for.

After Wildcats quarterback Clayton Thorson ran for an 18-yard touchdown, Charlie Kuhbander kicked the extra point. The ball soared through the uprights and over the net into the student section, where freshman Alex Mayhew — along with many other fans in attendance — expected it would immediately be handed back to the attendants.

It’s still on the loose pic.twitter.com/g4H4cqP4I4

Students began tossing the football around throughout the stands. As Maryland’s offense went three-and-out to give possession back to Northwestern, the fans had another thing to cheer for.

“The crowd was getting into it, and everyone started paying attention more to the ball and not the game,” said Mayhew, an atmospheric and oceanic sciences major.

Maryland fans trying to get the ball to the upper deck (video courtesy of @Cldb88): pic.twitter.com/URxDaBQX16 — Terps Watch (@TerpsWatch) October 14, 2017

Northwestern added another touchdown before the half, on a 14-yard pass to receiver Flynn Nagel. After that, Kuhbander whacked the ball into the stands again, and Maryland fans kept it going.

Ali Razi, a junior mechanical engineering major, was impressed with the display. “I haven’t been to football games so much, but my reaction was — it was funny,” he said.

While many of the passes remained at the lower level, some of the fans showed off their arm strength, flinging the ball to the second deck:

Here’s how the ball got to the second deck in the first place (also courtesy of @Cldb88): pic.twitter.com/jqkcWHGQIl — Terps Watch (@TerpsWatch) October 14, 2017

Eventually, the balls made their way to stadium attendants, and the fun was over. But the play was a nice diversion for fans.

“Honestly, I’ve never seen anything like that — it sounds like something you’d hear on ESPN,” Mayhew said. “It was really ramping up, and the crowd was really into it.” 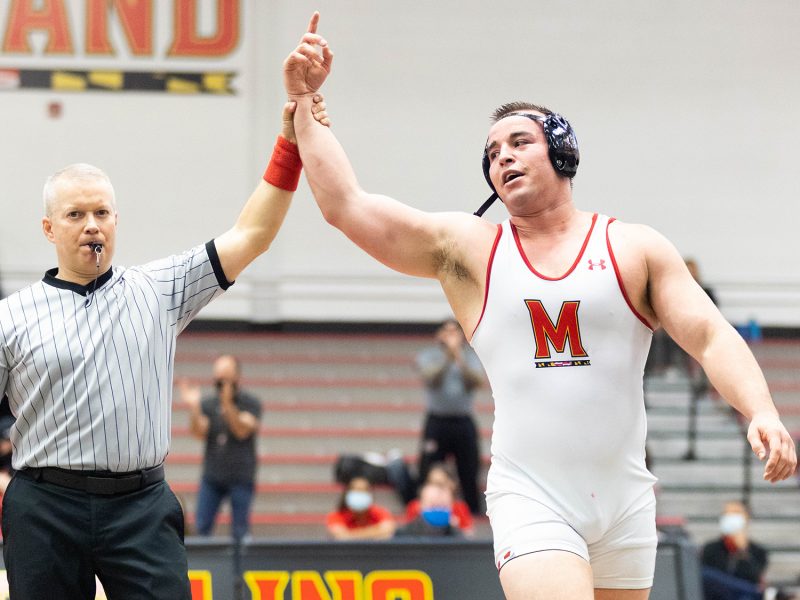