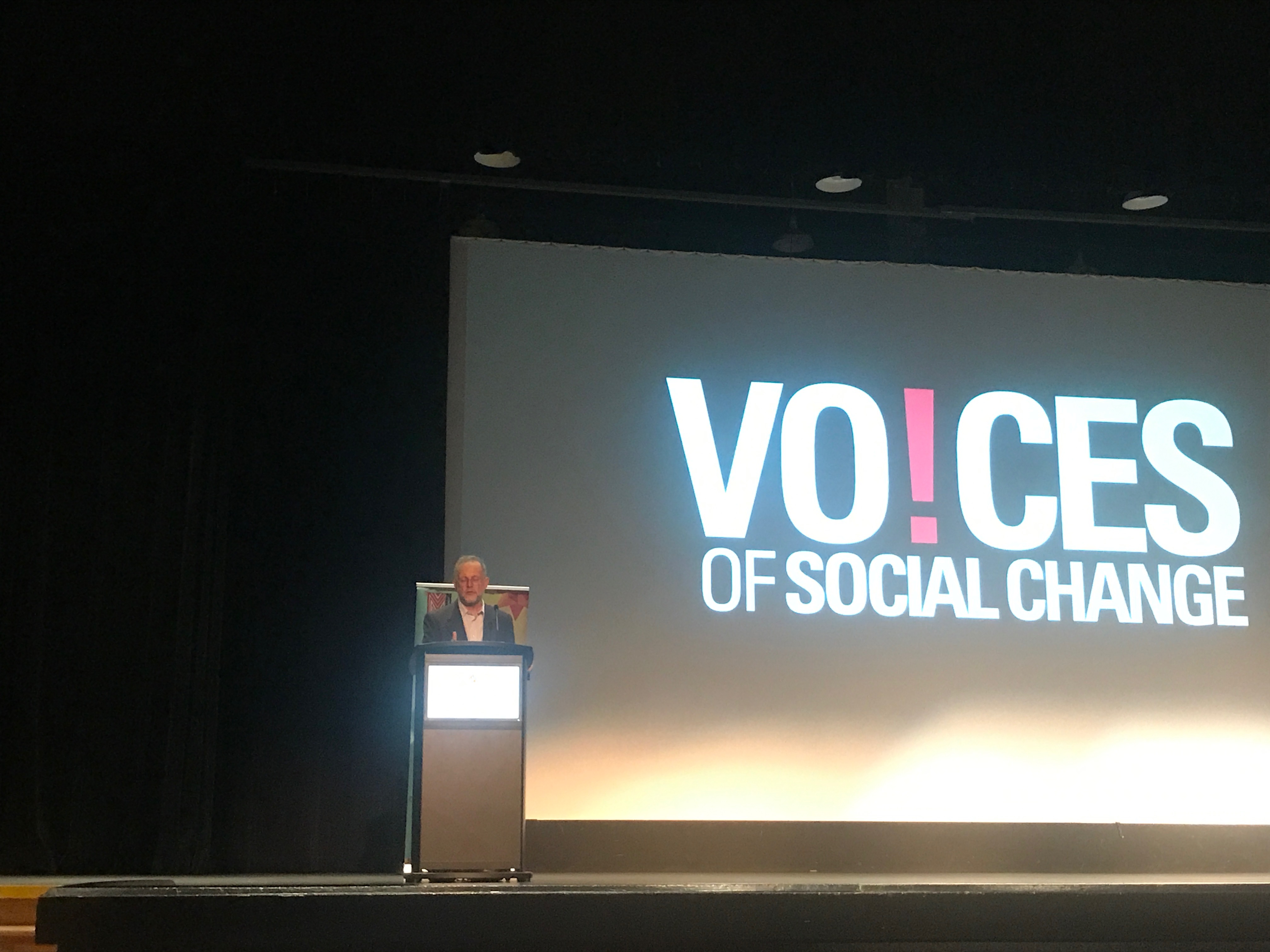 Jerry Greenfield, co-founder of Ben & Jerry’s, made a visit to Stamp Student Union on Tuesday — not to discuss ice cream at the Maryland Dairy, but as a guest speaker for the Voices of Social Change program.

Greenfield and his counterpart Ben Cohen have used their business to advocate for social justice since they’ve had the financial freedom to do so. While creating the Ben and Jerry’s Foundation, they decided the charitable portion of their company would get 7.5 percent of its pre-tax profits, contrary to the low corporate average of about 1.5 percent.

“Our feeling at the time was that a business is essentially a machine for making money, so that if we want to be as much benefit to the community as possible, we should give away as much money as possible,” Greenfield said.

Students are inspired by the Ben & Jerry’s story, as the duo was able to make its brand a household name without succumbing to the corporate status quo.

The self-proclaimed hippies were never enthusiastic about being a “cog in the economic machine,” so they had to redefine what it means to be a business.

“There are these tremendous unmet human needs and not nearly enough money to help address it. We started to wonder why that is and what more could we do about it,” said Greenfield. “The normal definition of business is that a business is an entity that produces a product or provides a service. Well, at Ben & Jerry’s, we started to define it differently; we said that a business is a combination of organized human energy plus money which equals power.”

Wade Williams, a junior studying atmospheric and oceanic sciences, felt as though Greenfield taught the crowd how to intersect business and social justice the right way.

“[I learned not to] take advantage of people and try and use [social change] as a marketing tool, but rather be genuine about it and believe in what you’re promoting,” said Williams. “I take that to heart because at some point, I would like to have a business of my own, and I’ll remember his words when I try to promote my business with my true beliefs about taking care of the environment.”

Ben & Jerry’s has goals in place to ensure it balances its financial need and its core values.

“We decided to redefine the bottom line to have a two-part bottom line: not just how much money we made but how much are we able to contribute to the communities where we operate,” Greenfield said. “If you look at the annual reports for Ben & Jerry’s going back to 1988, you’ll see that there’s a social report right next to the financial report.”

The company has taken firm stances in support of Black Lives Matter, marriage equality and environmental protection — a good omen for young people interested in social justice, such as Jess Deibert, a graduate student pursuing her master’s degree in library and information science.

“I’m always wanting to learn from important people as I begin my job search and hearing what he’s about and what his mission is,” said Deibert. “It’s really comforting to know that there are places out there that have values that align with mine.”