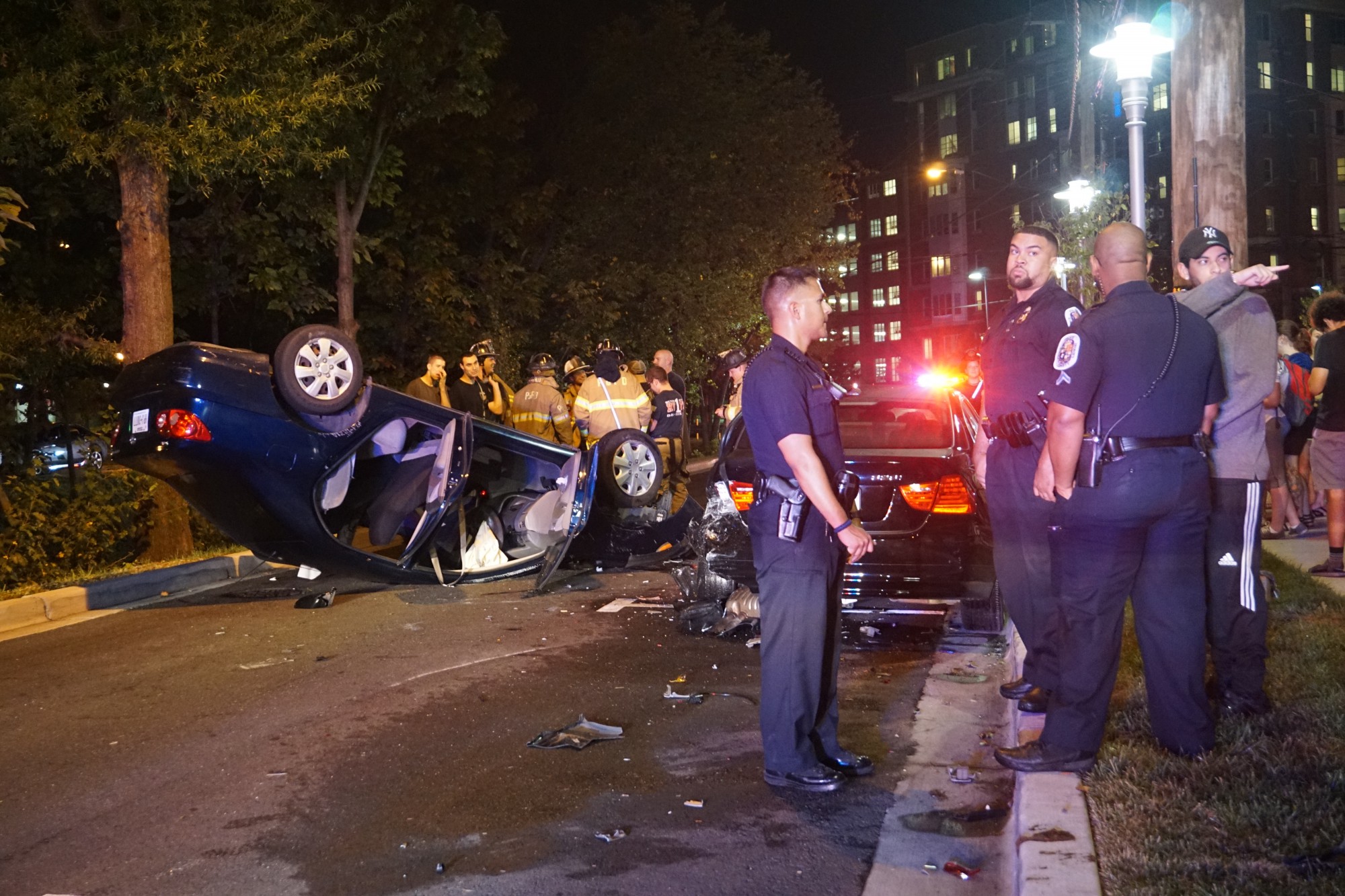 Prince George’s County Police responded to a report of an accident on Guilford Drive at about 11:35 p.m. on Monday.

A car was flipped over in the middle of the road. The driver was transported to a local hospital with non-life threatening injuries, Prince George’s Police spokesman Cpl. Lamar Robinson said.

University of Maryland student Cody Nardone’s car, parked outside of Terrapin Row, was hit during the accident. Nardone said he received a call from police telling him they had information about his car “that had been in an accident.”

“I figured that somebody hit me while I was parked,” Nardone, a physics major, said. “I figured it was just like a little side swipe or a ding or something. I didn’t imagine this.”

Another car was also damaged as a result of the incident.

This article will be updated with more information as it becomes available.