UMD’s Climate Action Plan 2.0 is a good start — but it could go further 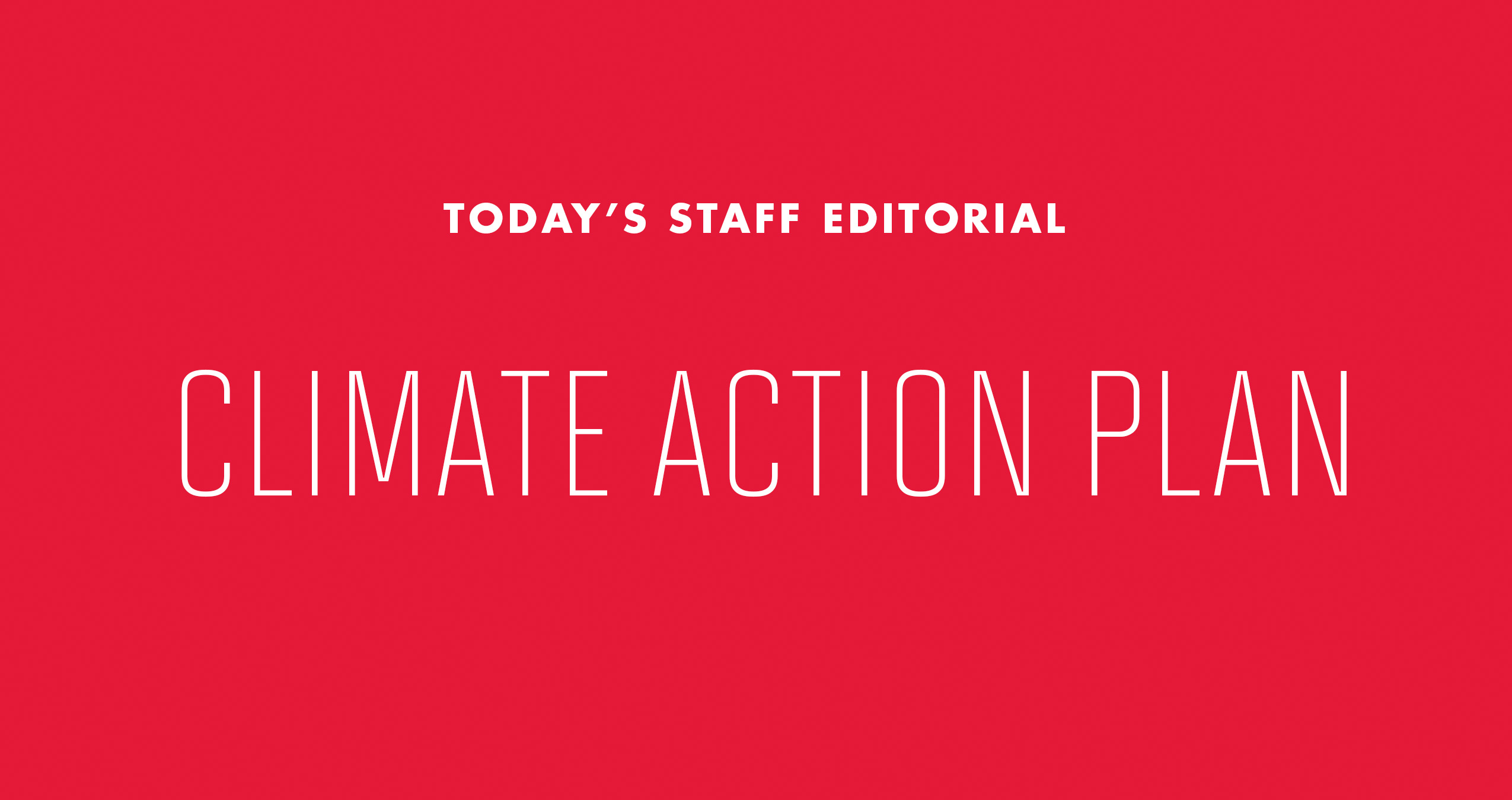 In recent years, as temperatures have risen and extreme weather has plagued the country, the University of Maryland has taken steps to counteract climate change. From 2005 to 2015, the university reduced its carbon emissions by 27 percent. Its goal is to be carbon-neutral by 2050, which university President Wallace Loh appears to be intent on meeting — last week, he unveiled the Climate Action Plan 2.0 and pledged to further cut down emissions.

This university’s plan is similar to those laid out by countries across the globe in the Paris climate agreement, which was finalized last year. The U.S., for instance, set a goal of 26 to 28 percent emission reduction by 2025. The agreement aims for worldwide carbon neutrality by the end of this century, which would theoretically keep global temperature increase “well below” 2 degrees Celsius relative to pre-industrial levels.

That leaders both at this university and across the globe are taking action against climate change is an encouraging sign, especially as the Trump administration plans to pull out of the Paris agreement. But this editorial board emphasizes these goals are merely a step in the right direction — on their own, they won’t be nearly enough to prevent the devastating consequences of our warming planet.

Research released earlier this year found the planet will almost certainly warm more than 2 degrees by 2100, even with the provisions of the Paris agreement. That research didn’t take into account the United States’ possible withdrawal, which would cause temperatures to rise further. For humanity to avoid the stronger heat waves, higher sea levels, lower crop yields and other byproducts of such a massive temperature spike, drastic measures are necessary.

One public institution cannot solve climate change on its own. But this university’s plan to achieve carbon neutrality in 33 years encapsulates the broader trend of moderation in the face of this pressing issue. As the flagship school of the University System of Maryland, this university has a duty to lead the way in the fight against climate change.

This university’s combined heat and power plant — which uses natural gas and, when necessary, fuel oil — accounts for most of the power on the campus, and a large part of the carbon footprint as well. The updated climate action plan mandates that all energy coming from other sources be renewable by 2020, but it’s more vague about the plant itself: It merely says it’ll make the plant more efficient without any promises as to the source of its fuel. While natural gas isn’t as dirty as other fossil fuels, its presence still means more greenhouse gases in the atmosphere.

Improving or altering the plant isn’t the only additional step the university could take. Several of the provisions in the climate action plan rely on offsets, which are projects the university invests in that take greenhouse gases out of the atmosphere. The plan pledges offsets will negate all emissions from air travel by 2018, and all emissions from powering new facilities by 2020. Why stop there? Investing in more carbon offsets — such as the Chesapeake Bay Watershed projects outlined in the University Sustainability Council’s Carbon Offset Work Group Report — would compensate for emissions from the plant and other sources of pollution.

Other universities have set a good example. In 2013, Colby College became the fourth school in the country to become completely carbon neutral. Although its private status makes this easier — Colby doesn’t rely on state funding, which could impede public universities in a similar quest — this liberal arts college’s actions are encouraging: Colby’s heating plant swapped out fuel oil for mostly wood-chip biomass, which put a significant dent in its emissions.

Changing fuel sources and buying carbon offsets won’t be cheap. After he announced his plan last week, Loh told The Diamondback achieving carbon neutrality by 2050 would cost the university about $100 million. But we can’t put a price tag on the future of our planet. A school that prides itself on fearless ideas shouldn’t accept a 33-year timeline for carbon neutrality; it should take firm action now.

After climate change strengthened several hurricanes that battered the Eastern Hemisphere, the effects of our complacency are clear. Humanity must act quickly if it wants to survive climate change. As our government seems unwilling to address the problem, universities like this one will have to step up. Rather than pouring more money into gargantuan construction projects, this university should move up its carbon-neutrality timeline, to ensure all those new buildings have students to fill them for generations to come.