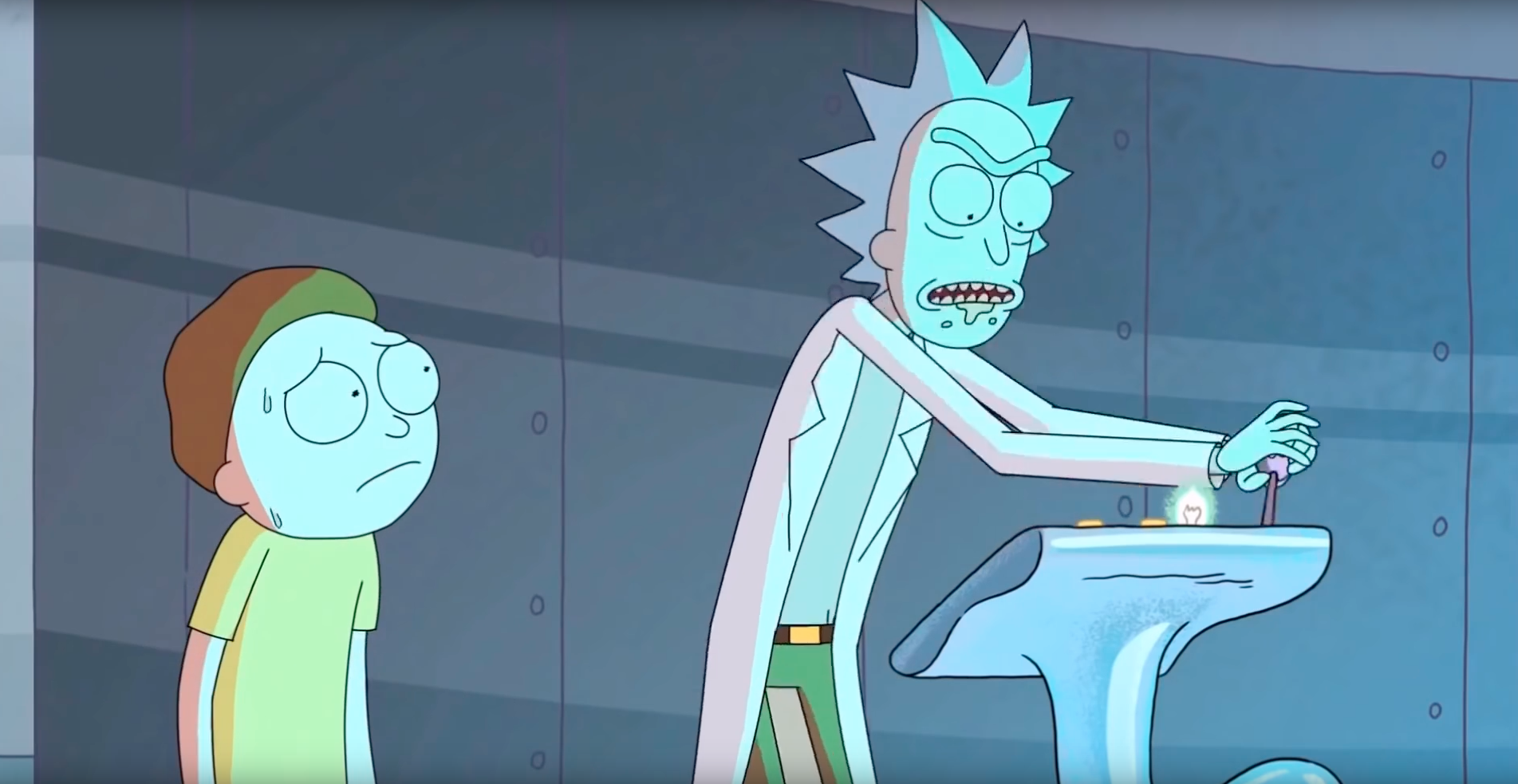 Rick and Morty’s season three finale, “The Rickchurian Mortydate,” finds the duo in an all-out fight with the president of the United States.

Keith David reprises his role as the president who told Rick and Morty to “get schwifty” when Earth was kidnapped for an interstellar singing reality game show. The episode bookended the season well when compared to the premiere. Both stories focus on Rick’s lack of respect for authority, simultaneously juggling heavy action sequences with family drama that seems nearly inconsequential to the mad scientist.

Meanwhile, Beth deals with the same deep-seeded issues as the previous episode, when she realizes she might be a clone of herself and has no idea if the real version of herself chose to leave her family. After having a breakdown, she turns to the only person she knows can verify her identity: Her separated husband, Jerry.

While Rick moves through the White House, battling the commander in chief for a selfie with his grandson, Morty escapes with his reunited family to stay away from Rick. This gives the mad scientist no choice but to accept the fate of his family, resolve his conflict with the president and accept defeat.

Much like the season premiere, Rick is not really dealing with the issues at the forefront. He struggles with power within context of the country, planet and universe, but ultimately is after control within his own household.[I dont think this is true… he has a lot of control over the country, planet and universe, but not his family] After all, this is someone who broke up his own daughter’s marriage.

The finale shows Rick hasn’t changed. He doesn’t battle the president for Morty to get a selfie with him, as Morty reveals he doesn’t want one anymore. He simply wants to prove his power for fun. But when his daughter reunites with her idiot husband, Rick is truly defeated. He even plans on killing Jerry.

Worst of all, Rick knows reuniting the family is his own fault. If he hadn’t offered Beth the chance to run away with a clone in her place than whatever Beth remained wouldn’t become paranoid and turn to Jerry for help. Rick went from the de facto leader of the family to grandpa scientist who experiments in the garage. Beth even says life will be a lot like season one.

The premiere promised the darkest year of adventures for the titular duo. Though the finale didn’t feature the Citadel of Ricks with President Evil Morty, or Phoenix Person as a new agent of the intergalactic organization that considers Rick a terrorist, or even McDonald’s Szechuan sauce, it did follow the motif of the season.

The episode’s concepts themselves are dark, but the true darkness lies within the family drama. Children’s cries for help, dealing with loved ones’ affliction, managing anger towards a divorce or frustration with family’s romantic choices all show how the Smith family tics. Even though they go on interdimensional adventures, they’re still a real family with simple issues.

With Rick and Morty‘s third season concluded, there’s no saying how long until fans get more. There has been at least a year between every season released so far. Co-creator Dan Harmon said the show may extend its season length to around 14 episodes instead of the usual 10, and based on the unanswered questions from this season, the writers have given themselves plenty of time and room to fill a longer season.