Anyone can fly their drones at UMD’s new flight lab 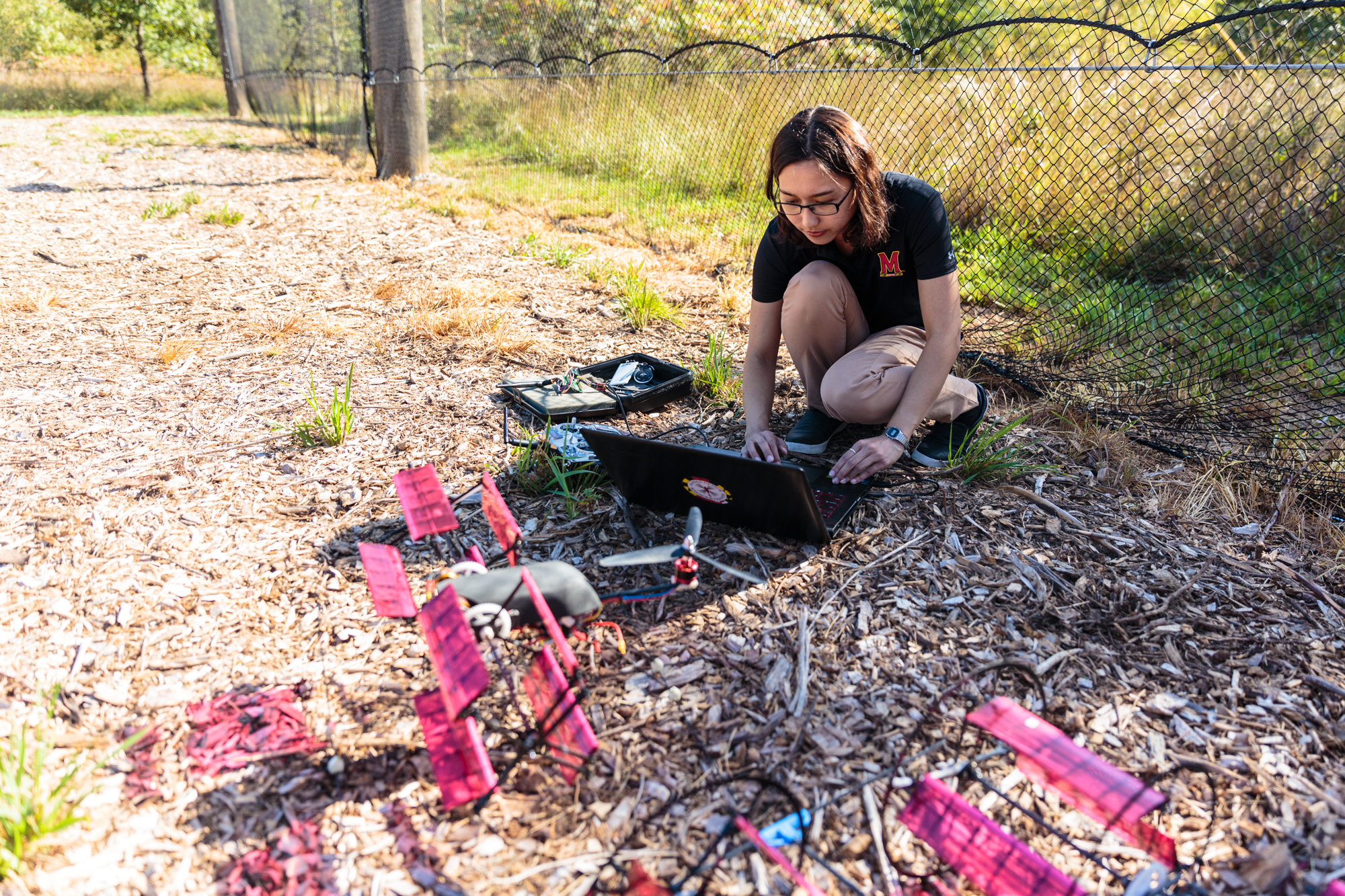 The university does have an unmanned aircraft systems test site based in St. Mary’s County, but it is over an hour’s drive from campus to the site. The new facility, also known as F3, is located in College Park within walking distance of the university.

Most of the aerospace engineering department’s research on unmanned aerial vehicles has been limited to indoor spaces, said aerospace professor Derek Paley.

“We have really lacked the opportunity to test them in the outdoor environment close to campus, so I think the facility is going to be great resource for aerospace research at the University of Maryland,” Paley said.

F3 is also completely netted, another difference from the St. Mary’s County UAS Test Site. While the facility is physically outdoors, the netting causes it to be considered an indoor facility by the Federal Aviation Administration, meaning it does not have to follow FAA rules on outdoor flight. One rule prevents the flying of drones within a 15-mile radius of Ronald Reagan Washington National Airport, which College Park falls under.

The facility isn’t only for research — anyone can fly drones there, said Matt Scassero, the director of the St. Mary’s County UAS Test Site.

Senior mechanical engineering major Joshua Gaus, who interned for the UAS test site in St. Mary’s County for the past two summers, hopes to create a university-sanctioned drone racing league with other students using F3.

“Without this facility it would be a lot harder to get members out to practices,” Gaus said. “The nearest spot to fly would be about 20 minutes north of the university instead of three minutes off campus that you can walk or bike to.”

Gaus wants to form a collegiate chapter of MultiGP, a grassroots drone racing league with over 1,000 chapters globally. Once a chapter is created for F3, individuals can come and attend scheduled racing events that count toward points to send people to more regional tournaments, Gaus said. Gaus hopes to have the league up and running by next semester.

“I’m in several research groups that will highly benefit from F3, so I am very excited it’s finally in use,” said Gaus, the team leader for the competing Maryland unmanned aircraft systems team. “I am confident that we will be able to do great things with the racing team using this new facility.”

[Read more: A UMD alumna will be the first African-American crew member on International Space Station]

Funded by the engineering school, the facility cost about $300,000 to build and took about one year to create. Construction for the 50-foot-high facility went on for less than a month and consisted of support for the net, a storage area and solar generated power. Most of the time was spent arranging for the use of land needed for the facility, said Don Woodbury, director of innovative partnerships .

“[The facility] provides a great stepping stone from the labs to flying in national airspace,” Scassero said. “Researchers can first start in the lab, where everything is controlled and contained, then integrate to a complete flying system at the netted facility. After testing is done there the aircraft is ready come to us and fly in open air.”