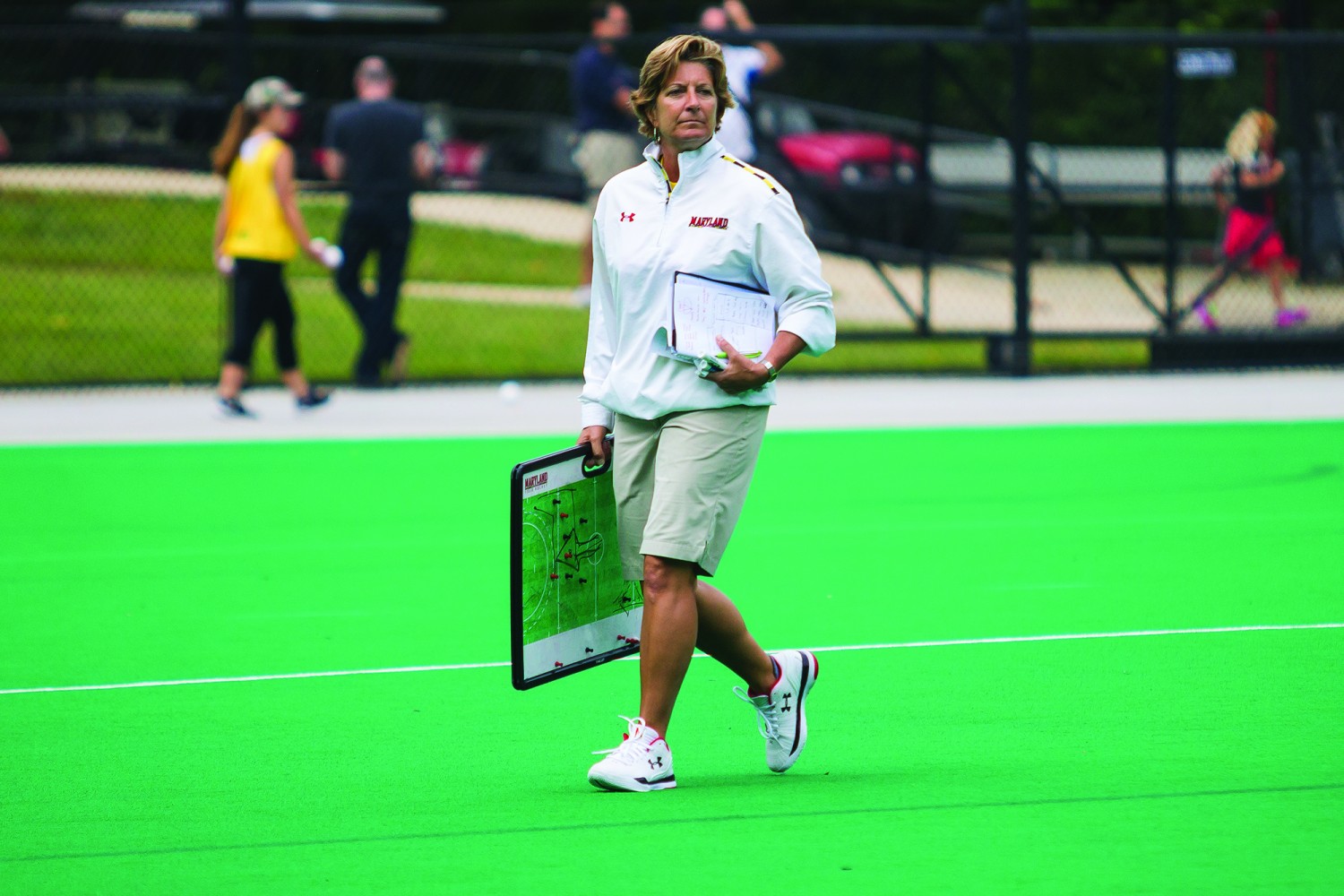 Several times during the Maryland field hockey team’s exhibition against Delaware, Sophie Giezeman found herself staring at a familiar face.

The Terps starting defender and her sister, Lisa Giezeman, squared off, with their mom — who made the trip from Holland to Fred P. Rullo Stadium — in attendance.

It wasn’t by design, but rather coincidental that Sophie Giezeman was occasionally tasked with keeping her sister, a junior forward at Delaware, off the board.

The preseason matchup highlighted the path Giezeman took to the United States.

She played for several Dutch National teams and the Haagsche Delftsche Mixed Hockey Club, a club team in The Hague that Maryland coach Missy Meharg deemed one of the best in Holland.

Giezeman hadn’t entertained the thought of playing elsewhere, but her sister encouraged her to consider attending an American school. Giezeman chose Maryland — a decision that has brought immediate stability to the Terps defense.

“It’s special to play against each other in the U.S.,” Giezeman said. “I’d rather have her on my team, of course. I wouldn’t ever think that would be a possibility when we were young.”

Giezeman has started all 10 of Maryland’s contests entering Friday’s game against Michigan. Her speed and aggression have been the perfect match for Meharg’s high-press defensive approach. But her commitment wasn’t a certainty.

When Giezeman was considering her options, her sister worked a field hockey camp in College Park. Soon thereafter, she told Giezeman if she would consider playing in the United States, Maryland would prove to be the best option. Giezeman prepared a list of questions for Terps midfielder Lein Holsboer, also from the Netherlands, and had them answered over a FaceTime call.

Giezeman spoke to her club teammates who had plans to play for a American college, and many lauded Maryland’s national prominence. The coaching staff’s resume was also a factor, as Meharg is in her 30th season, and assistants Marvin and Katie Bam and Stefanie Fee are Olympians.

So Giezeman committed during her visit to Maryland.

“We got really fortunate that she had a lot of interest in Maryland,” Meharg said. “She works at her game every second of every day. She’s physically always thinking about what she can do to impact her game positively.”

The transition required an adjustment, as teams in Holland don’t play as many games in such a short period of time and don’t have as comprehensive a training program. During a preseason team-building exercise, Giezeman and the Terps woke up at 5 a.m. for an early workout.

Nonetheless, since she joined the Terps in January, Giezeman has proven to be a versatile addition. She’s listed on the roster as a defender but can play “more of a screen cover” and left and right midfield, Meharg said, adding that “her work rate is unmatched.”

“She always knows where she needs to be on the field,” defender Emily Thomas said. “[Her starting right away] is something I’ve anticipated. She’s a very high-level player. She deserves to be out there.”

Giezeman’s athletic prowess was most prominent in the Terps’ 1-0 win against then-No. 9 Louisville at the Field Hockey and Lacrosse Complex. She helped Maryland’s defense keep Cardinals forward Nicole Woods off the board, and in the Terps’ contests against Princeton and Northwestern last week, she was a presence across the field.

During practices, Giezeman and forward Kyler Greenwalt, who were paired in the team’s preseason bonding tradition, exchange recommendations to improve each other’s game. Giezeman’s adjustments have contributed to her early success, but none of it would have been possible if she hadn’t taken her sister’s recommendation.

“We are very lucky to be able to do this,” Giezeman said, “and have this adventure.”