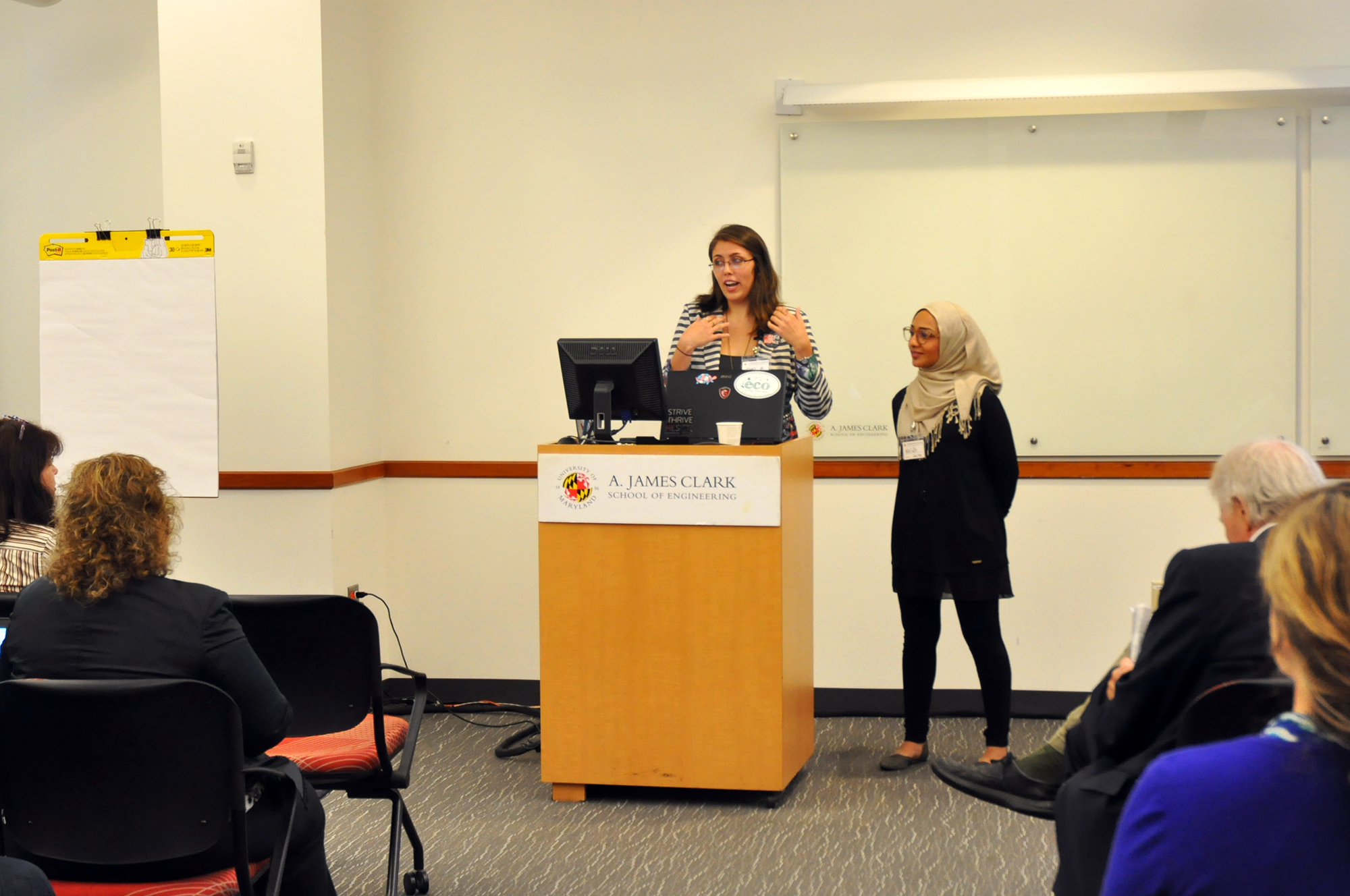 About 60 University of Maryland students, faculty and staff gathered at a workshop in the Jeong H. Kim Engineering Building on Friday to discuss techniques and strategies for challenging white supremacy, domestic terrorism and violence.

Zoey Warecki, one of the two students who organized Friday’s workshop, said after the fatal stabbing of Bowie State University student Richard Collins near the Montgomery Hall bus stop in May, there was a “call to action to do more in our engineering community.”

Sean Urbanksi, a former student at this university, has been indicted on one count of murder in connection with the stabbing, which is being investigated as a possible hate crime. Collins was black and Urbanski is white.

“We build bridges [and] we build housing developments,” said Warecki, a material science and engineering doctoral student. “Engineers are at the table when important decisions are being made and we should be cognizant of the potential [diversity] problems involved in those decisions that we don’t learn in our typical math, and science and physics classes.”

Workshop speakers — including staff and faculty from the Office of Multicultural Involvement and Community Advocacy, the Counseling Center and the African-American Studies department — led discussions about how prejudice manifests on college campuses, provided strategies for communicating across racial differences and listed ideas for identifying and coping with racism.

“Students don’t normally have the chance to talk to professors about these type of issues the way they do today,” Warecki said.

Carlton Green, a staff counselor, opened his discussion by engaging the audience in a five-minute breathing exercise to demonstrate the importance of staying level-headed and composed after experiencing racial trauma, he said.

Afterward, the room fell silent as Green guided the audience through a timeline of recent cases of racial trauma on this campus.

“When we think of racism we often think of people wearing white hoods,” Green said. “On college campuses it is a little more subtle.”

Last school year, white nationalist posters were found on the campus in December and March, and a noose was found inside a fraternity house in April.

James Amajene, a senior chemical engineering major, said that he’d never had a discussion like this before.

“Sitting in on this speech was a wake up call for all of us to reconnect with ourselves, define the things that bother us and then look for ways to move forward,” Amajene said.

Heads nodded throughout the room when Nichols called race a “material reality” and a social construct.

Many other departments will soon begin implementing events like this one as part of the the university’s new diversity task force’s roadmap, said Darryll Pines, the engineering school dean.

The task force, which university President Wallace Loh announced on May 24 in response to Collins’ death, will review relevant policies, consider the difference between free speech and hate speech on the campus, and review courses and training on cultural competency.

“We have the chance to turn the University of Maryland into a model for the entire nation,” Pines said. “This is just a small session, in the first step towards that process.”