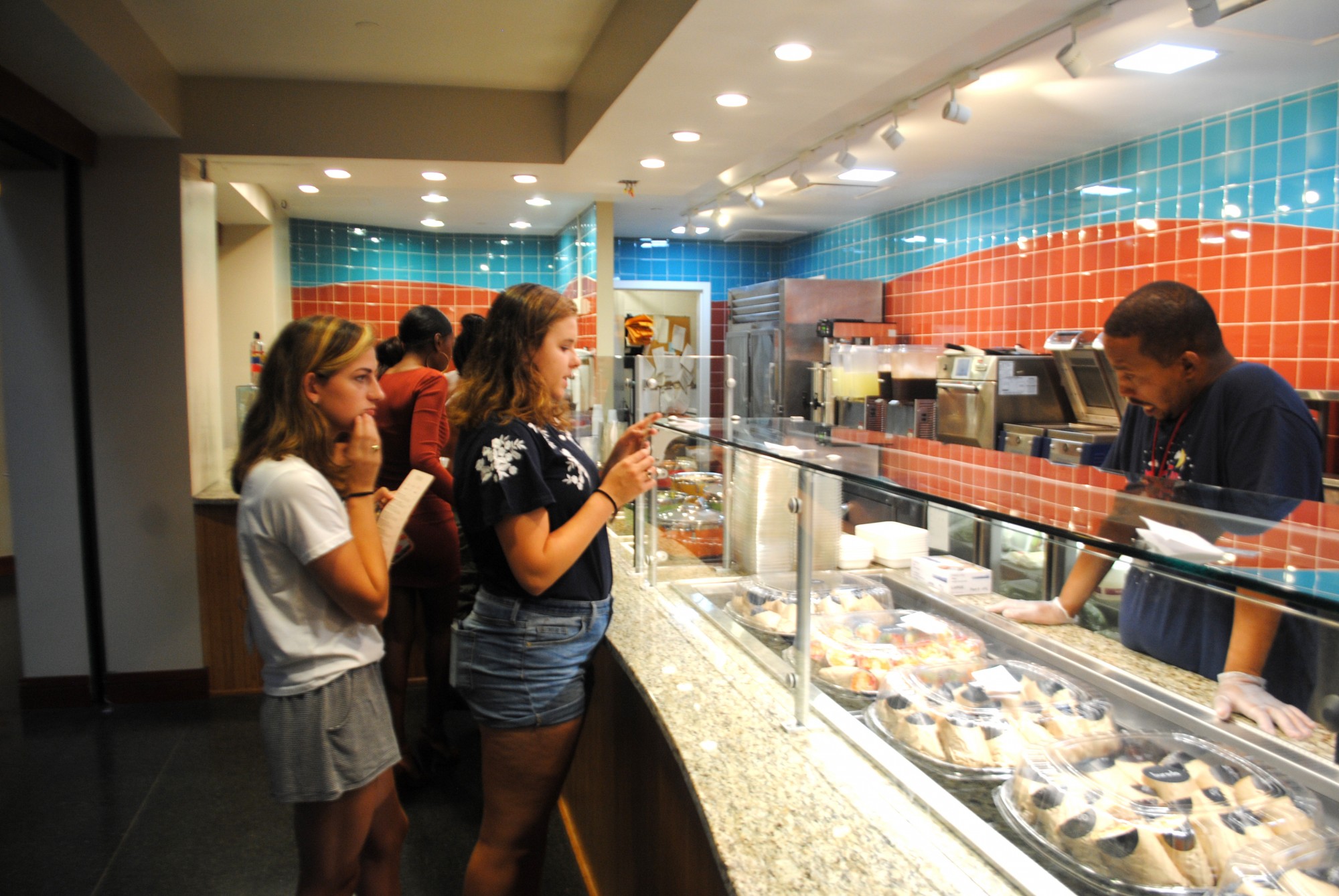 Amid the cornucopia of talent and entertainment at this year’s NextNOW Fest, attendees were especially captivated by the tasty offerings during the two-day event.

Alongside items from the regular menus at The Clarice Smith Performing Arts Center’s Applause cafe and Encore Bar were features from local restaurants Toli Moli, Buredo and Vigilante Coffee.

Full or half-sized sushi burritos from Buredo were available at Applause, along with their typical hot side dishes such as mashed potatoes, rice and greens.

“People love the burritos,” said Applause employee Maurice Brown, who has worked at The Clarice for almost three years. “They come with shrimp, tuna fish or tofu.”

Senior history major and Clarice employee Donald Smith ordered half of a shrimp burrito and half of a tuna burrito to enjoy in some down time before the event picked up on Saturday evening.

“It’s so good, it’s really good,” Smith said after taking the first bite of his shrimp sushi burrito. “I know yesterday they were making them more fresh and they’re pre-wrapped today, but they’re still very good.”

Smith had tried sushi burritos before from other restaurants but gave Buredo’s glowing reviews.

“Vigilante Coffee is here serving their house coffee, hot and cold brew,” said senior mathematics and music major Emily Murdock. “We had people from Toli Moli here, which is like Burmese cuisine and they’re located in Union Market — they were serving something called a ‘falooda’ last night, which is a dessert that reminds people of bubble tea. They have noodle salad here tonight and limeade.”

Vigilante Coffee, which is still preparing to open its location along Route 1 between University View and The Varsity, used NextNOW as an opportunity to showcase their offerings.

Toli-Moli is a mother-daughter business. The daughter and restaurant co-owner, Simone Jacobsen, and a business partner were present at NextNOW on Friday.

“I thought it was cool that one of the actual owners was here,” Murdock said.

Encore Bar served its normal menu with the addition of a special drink called a Maryland Mule for the festivities.

Throughout the event, people tried eclectic combinations of food to make up their meals. Sushi burritos with noodle salad and cold brew coffee on the side was a common sight, brought about by the unique nature of NextNOW Fest.

“[NextNOW] is a really different event — it’s the only thing at The Clarice like this all year,” Murdock said. “It’s cool because there’s so much going on.”