Amazon is an immoral company. It has no place in College Park. 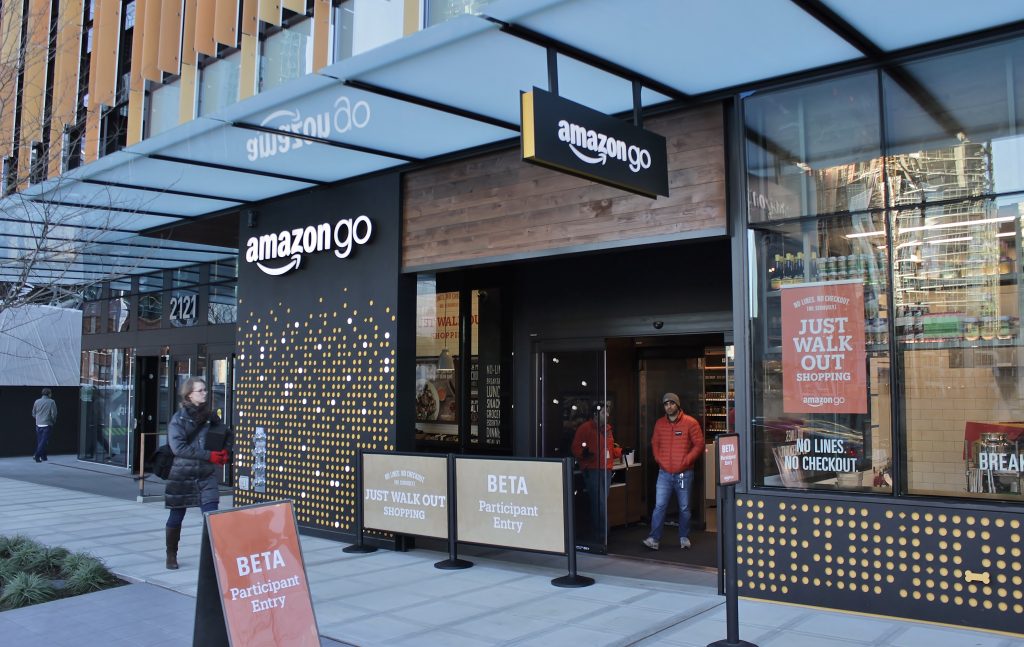 If Amazon brought HQ2 to CP, it would be located in the Discovery District, a feature of the Greater College Park initiative to stimulate the regional economy. This university is committed to rapid economic growth in areas surrounding the campus, with the eventual goal of becoming the “Silicon Valley of Maryland.” In large part, we should applaud this effort. Growth yields prosperity, which, in a justly ordered society, can ensure material dignity for a broad swath of citizens.

But unfettered pursuit of economic efficiency encourages moral rot and denigrates human dignity. And to see the human cost of mindless growth, we need look no further than Amazon itself.

Amazon is, in many ways, an amazing company. On the consumer end, it has made retail intuitive and efficient. It’s turned Jeff Bezos into one of the richest men in the world, giving him the resources to transform The Washington Post into the best damn newspaper in the nation.

But for many Amazon employees, the company is a living nightmare.

A New York Times investigation detailed the brutal conditions among white collar Amazon workers. Employees are pushed to the brink, encouraged to undermine their coworkers and coerced into secrecy. The highest achievement in Amazon culture is to become an “Amabot,” an employee that has become “at one with the system.” One worker was punished for traveling to care for her cancer-diagnosed father. Another longtime employee revealed, “Nearly every person I worked with, I saw cry at their desk.”

Amazon blue collar workers may have it even worse. A report by Allentown, Pennsylvania’s The Morning Call described warehouse workers fainting in 100 degree conditions. During summer heat waves, paramedics parked outside a warehouse to treat those who fainted. At Amazon, blue collar employees work long hours on their feet, often covering more than 12 miles in a shift. One former warehouse supervisor warned new workers, “You are going to crawl into bed and pray you can get out in the morning.”

Bezos and Amazon, by grinding workers and crushing industry opponents, have built a monopolistic behemoth. It has grown from a startup based in Bezos’ garage into one of the biggest companies in the world. Amazon can teach us a lot about the modern economy, from the dilution of antitrust laws, to the transformation of retail, to the waning power of the labor movement.

But, for our purposes, Amazon illustrates the consequences of unfettered economic expansion. Efficiency and growth looks great on a report to shareholders, but it doesn’t feel great to weeping employees. Unfettered growth may create jobs, but it’s spiritually exhausting. Amazon workers know this. Employees at the company reduce themselves to machines (or Amabots), all to secure a faster shipping time and a bigger bottom line.

In light of Amazon’s history, I worry about College Park and its own quest for growth. What does it say about our city when it genuflects before a company so morally bankrupt?

Because if Amazon locates HQ2 right outside this university’s doors, it will export its corporate culture. If this city relies on Amazon for economic growth, it will mirror Amazon’s values. If College Park becomes the Silicon Valley of Maryland, it will inherit the industry’s heartless technocracy, relentless pursuit of progress and disregard for human dignity.

So, as we debate whether to pursue a company that eats workers alive, we should consider this fearless idea: Let’s decline the glamor of growth and let Amazon pass us by.