Maryland field hockey defeats No. 9 Louisville for its first win over a ranked opponent 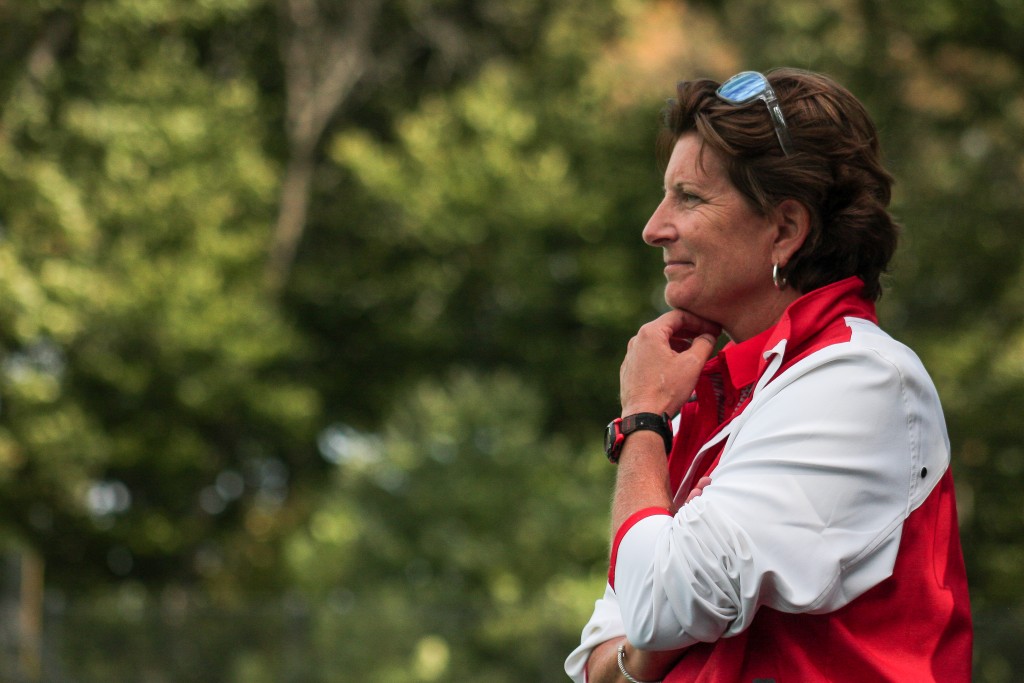 With about 28 minutes remaining in Maryland field hockey’s 1-0 win against No. 9 Louisville on Sunday afternoon, the Terps’ sideline had a message for their young squad.

Coach Missy Meharg rotated 16 players, but after playing an aggressive press defense, she feared some Terps would become fatigued.

However, Maryland responded to the message with a score and was able to maintain its lead, securing the program’s first win against a ranked opponent this season.

“I wouldn’t take it too far,” goalkeeper Sarah Holliday said of the victory. “This is amazing because we still have a lot more to do. This does set a tone, considering our previous few games.”

McFerran challenged the Terps all afternoon and ended the game with six saves.

But in the 47th minute, Keus — one of Maryland’s go-to scorers off penalty corner attempts this season — snuck the ball around a Louisville defender and drove toward the goal. Then, she deposited the ball into the lower-right corner of the net.

The score gave Maryland a one-goal advantage it wouldn’t relinquish, but the Cardinals challenged the Terps in the ensuing three minutes, during which Meharg said Maryland “laid off.”

“The kids were gassed,” Meharg said. “The style that we’re playing, we’re emptying the tank. But all of a sudden, an empty tank’s going to be an empty space.”

The Cardinals earned a penalty corner 90 seconds after the Terps’ score with a chance to tie the game.

The sequenced proved how much Meharg’s squad has improved five games into its schedule with conference play slated to begin next weekend.

Facing its third ranked team, Maryland controlled possession from the outset. It was the second time in three days that was the case, as the Terps topped Towson, 8-0, on Friday to open the Terrapin Invitational in College Park.

Maryland’s attack didn’t generate as many shots Sunday as it did against the Tigers but still maintained a shooting advantage. The Terps took 19 to Louisville’s eight.

The Terps’ up-tempo defensive strategy limited the Cardinals’ opportunities, and as a result, Maryland boasted an 11-4 first-half shooting advantage. Nonetheless, neither team scored before intermission.

Holliday and defenders Hannah Bond and Sophie Giezeman anchored the Terps’ backline, holding the Cardinals scoreless for Maryland’s first shutout of the season.

Guidance from the sideline helped the Terps generate momentum.