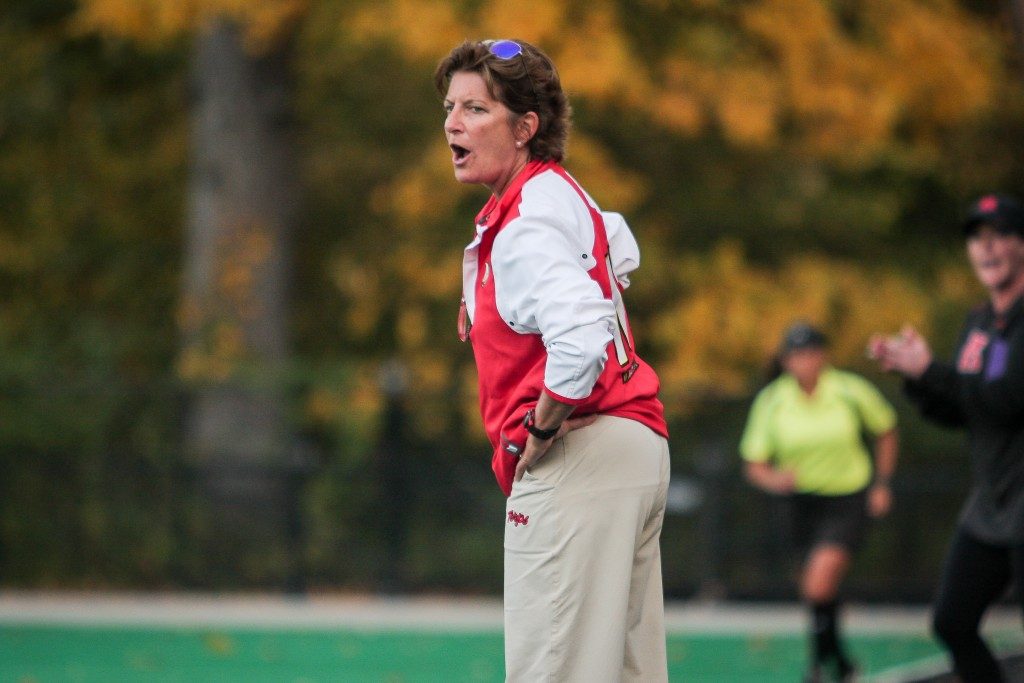 As the Maryland field hockey team reviewed game film Tuesday from its loss to Boston College, its aggression in the opening moments stood out to coach Missy Meharg.

The pace of that game immediately sped up. The new-look Terps routinely made eye contact with each other. Conversations among the backline and attack were evident.

In every contest, Meharg challenges her team to play with intensity through the opening three minutes, which she said set the tone for the remainder of the match. After reviewing film from their 2-1 loss to the Eagles, the Terps reached a consensus.

Their best three minutes to start a game through the first three contests this season came against then-No. 12 Boston College, and it’s a start Meharg is hoping to replicate as No. 11 Maryland hosts Towson to begin the Terrapin Invitational in College Park on Friday.

Neither Maryland nor Boston College attempted a shot through the game’s first three minutes, but Meharg admired the opportunities Maryland created off a high press. Still, the Terps trailed by a goal entering the intermission, in part because the attacks didn’t create space by spreading across the field.

By focusing on players being in the proper place at the game’s start, Meharg led a drill that aimed at correcting that technicality during Wednesday’s practice. The team participated in a 3-on-2 exercise, where an additional forward and defender ran toward the arc from a different side of the field.

“You look at any game of invasion, and you’ve got segments of super high volatile actions,” Meharg said. “In hockey, in games that are low-scoring and games [in which] you can’t hold onto the ball, you have to be super real that goals happen in those segments more than others.”

Although the Eagles scored roughly eight minutes into the matchup, Maryland used its momentum from the contest’s start to adopt a more aggressive approach. The Terps outshot the Eagles, 11-3, after halftime and rallied by scoring in the 51st minute before ultimately falling short.

“We all felt connected even though we were down 2-0,” midfielder Brooke DeBerdine said. “I felt on the field we were going to come back, so that was a little heartbreaking at the end when we didn’t.”

While evaluating game film, Cutry said the Terps emphasized the Eagles’ “specialized” players — those who are most likely to be involved with game-changing plays. They initially limited their influence, a tactic Meharg uses to motivate her team to play aggressively and disciplined from the outset.

“We all know how to play, but sometimes we forget in an overwhelming moment,” DeBerdine said. “It helped me a lot just focusing on those three minutes and then everything kind of comes from that.”