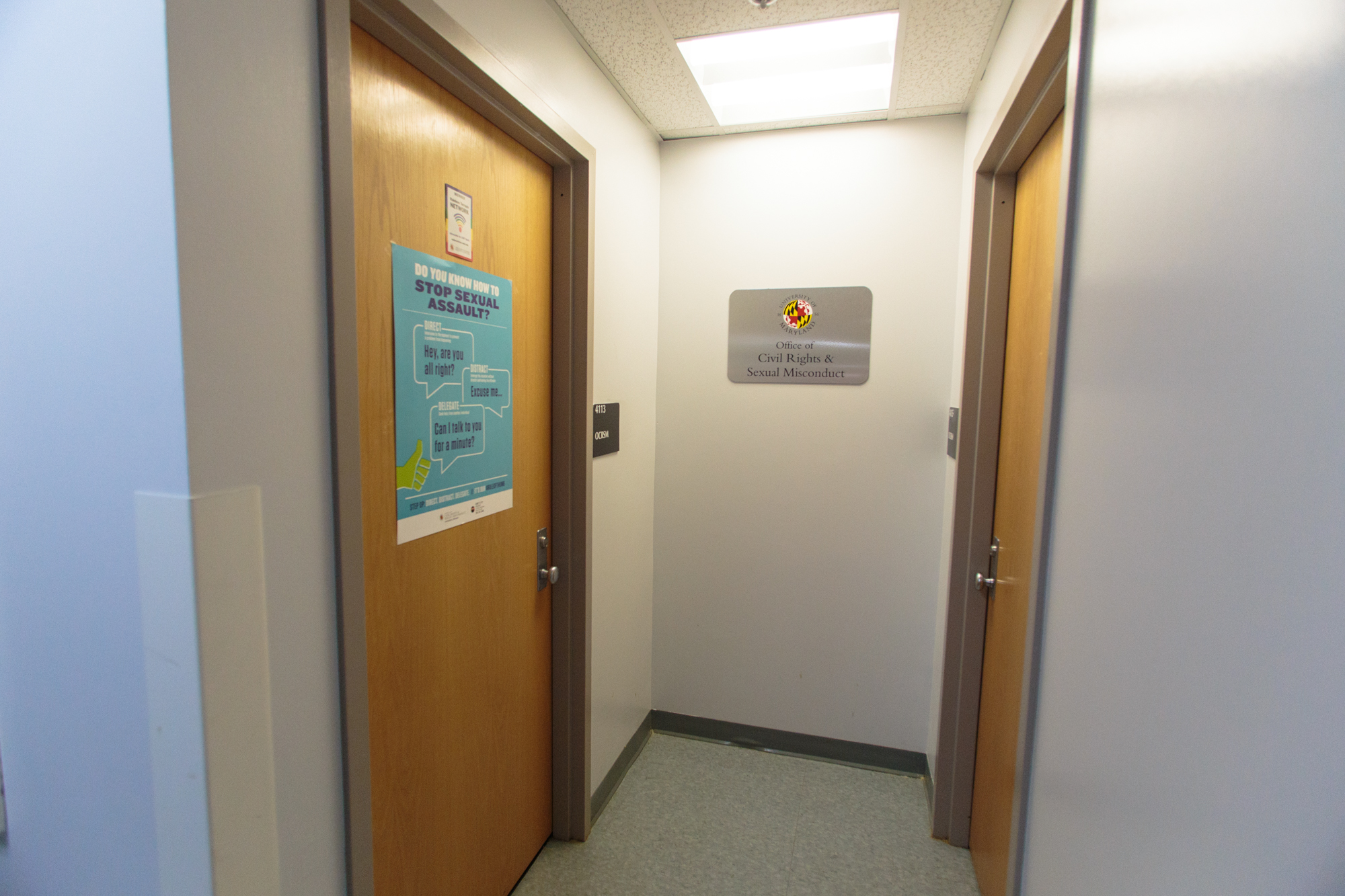 The University of Maryland’s Office of Civil Rights and Sexual Misconduct is investigating whether an education professor’s contract nonrenewal was retaliation for filing a grievance against the college, and whether her nonrenewal was based on religious, political or national origin discrimination.

Francine Hultgren, chair of the education college’s Teaching and Learning, Policy and Leadership department, sent an email on June 8 to Melissa Landa, an assistant clinical professor in the college, telling her that her contract would not be renewed, according to documents obtained by The Diamondback.

Landa filed a formal faculty grievance in February against Hultgren and TLPL Associate Chair John O’Flahavan in response to O’Flahavan removing her from the college’s language arts instruction team in May 2016 and Hultgren’s support for this decision, according to emails obtained by The Diamondback.

Landa said she attempted to resolve the issue “amicably” with the help of this university’s ombuds services and Jennifer Rice, who at the time was an education college associate dean.

This university’s policy states faculty members who issue a grievance complaint will not be “reprimanded or discriminated against in any way for initiating an inquiry, allegation, or complaint.”

Landa, a faculty member at this university for more than 10 years, was completing an education abroad program in Israel when she was notified her contract would not be renewed. She was not given a reason in a letter attached to the email.

“This has been a very difficult time for me. … This is the first time in 28 years that I’m not teaching,” Landa said. “Teaching is one of the most significant parts of my identity.”

Landa’s grievance complaint against O’Flahavan and Hultgren included claims that she was removed from her teaching responsibilities and excluded from department responsibilities, that she faced discriminatory treatment based on religion and that she encountered retaliation and hostility.

The Faculty Grievance Panel, composed of independent faculty members who vote on personnel matters, found in favor of Hultgren and O’Flahavan. Its report was dated June 5, three days before Landa was notified that her contract would not be renewed.

The grievance hearing board report states the TLPL department “significantly modified” its curriculum and language arts courses. After the redesign, O’Flahavan and Hultgren determined other instructors were better suited to teach the classes, according to the report.

The panel noted in its report that some evidence suggested “underlying interpersonal issues between [Landa] and [O’Flahavan] may have also factored into the staffing decision,” but that it didn’t meet the preponderance of evidence standard and confirm that her removal from the language arts team was “unfair, discriminatory, or improperly reached.”

A preponderance of evidence means it is “more likely than not” a policy violation occurred, according to university policy.

The panel wrote in its conclusion that Landa had a good teaching record and her teaching ability was not a factor in its decision to deny the grievance, adding that there was no reason she couldn’t be assigned to literacy courses, including the one other professors were assigned to.

“In the interest of the program, the Hearing Board hopes that a professional path for Dr. Landa can be found that harmonizes her teaching and scholarly interests with the needs of the Department,” the grievance board’s conclusion read.

[Read more: UMD is under federal investigation for its handling of sexual violence cases]

Landa was notified about university President Wallace Loh’s decision to sign off on the panel’s decision in a June 19 email.

Landa won the education college’s award for exceptional scholarship in 2017 and its award for excellence in teaching in 2013. At least 17 former and current students have expressed concerns and have written to Loh following the decision to not renew her contract.

Jocelyn Odóna-Holm, an education doctoral student who said Landa was “instrumental in my success,” said she was worried about the timing of her contract not being renewed after the grievance complaint was settled.

“I’m very worried about the precedents this sets for discouraging freedom of speech and debate of ideas and challenging authority when you believe it’s in the wrong,” Odóna-Holm said.

Junior elementary education major Jennifer Stanton, who was enrolled in Landa’s I-Series class, said she received an email from this university in late June stating the course was canceled and that students had an opportunity to enroll in another I-Series course that was scheduled at the same time and fulfilled the same requirements.

Stanton said the email didn’t provide an explanation for the cancellation, but said she was “pretty shocked” when she found out Landa’s contract had not been renewed, because she and everyone she spoke to had given her good reviews.

EDCI443: “Literature for Children and Youth,” which Landa said she redesigned and taught for more than a decade, is being taken over by education professor Margaret Peterson.

Georgina Stephens, a 2013 alumna of this university, said she and Landa became close after taking her class on children’s literature.

“She became sort of a mentor to me,” Stephens said. “She’s been very instrumental in shaping my career both academically and professionally. She’s encouraged me to present at academic conferences, she’s edited my work, she’s just always been encouraging and motivating and helped me to see myself capable of doing things that I wouldn’t have otherwise considered myself capable of doing.”

Stephens said she was “extremely surprised” when she learned Landa’s contract had not been renewed and wrote a letter to Loh.

“I really hope they consider reinstating her and renewing her contract,” Stephens said. “Of all the professors I’ve had at Maryland, she takes a personal interest in her students’ lives and really works to make sure they succeed in ways outside the classroom.”

Carina Ferreira, a 2015 alumna, also took one of Landa’s classes and wrote to Loh after learning she would not be returning to this university.

Ferreira said she was not pleased with Assistant to the President Kanitta Tonggarwee’s response, which acknowledged the receipt of the message on “behalf of President Loh” and said personnel matters are confidential.

“When I read that, my first thought was he didn’t read it,” Ferreira said. “It’s frustrating because it’s somebody that you want to keep their job and they deserve to know why they’re not keeping it. To get a response like that kind of shows that they don’t even care.”

Hannah Terefe, a senior physiology and neurobiology major, said she took Landa’s I-Series course and went on her study abroad trip to Israel.

Terefe said she typically never completes course evaluations or rates her professors, but felt compelled to write to Loh about Landa because she “took the most interest in her students” out of any other professors Terefe has had.

“After all of the service that Dr. Landa has done for the University of Maryland, it’s quite odd that this is sort of how life played out for her,” Terefe said. “I think that she is owed a great deal of respect and admiration and instead she’s getting the complete opposite, so I really do hope that in light of students being so adamant about her coming back, Dr. Loh does take all of these things into consideration when reviewing her case.”

CORRECTION: Due to an reporting error, a previous version of this story said university spokeswoman Jessica Jennings did not comment due to the case being a confidential personnel issue. She declined to comment due to the ongoing investigation. This story has been updated.