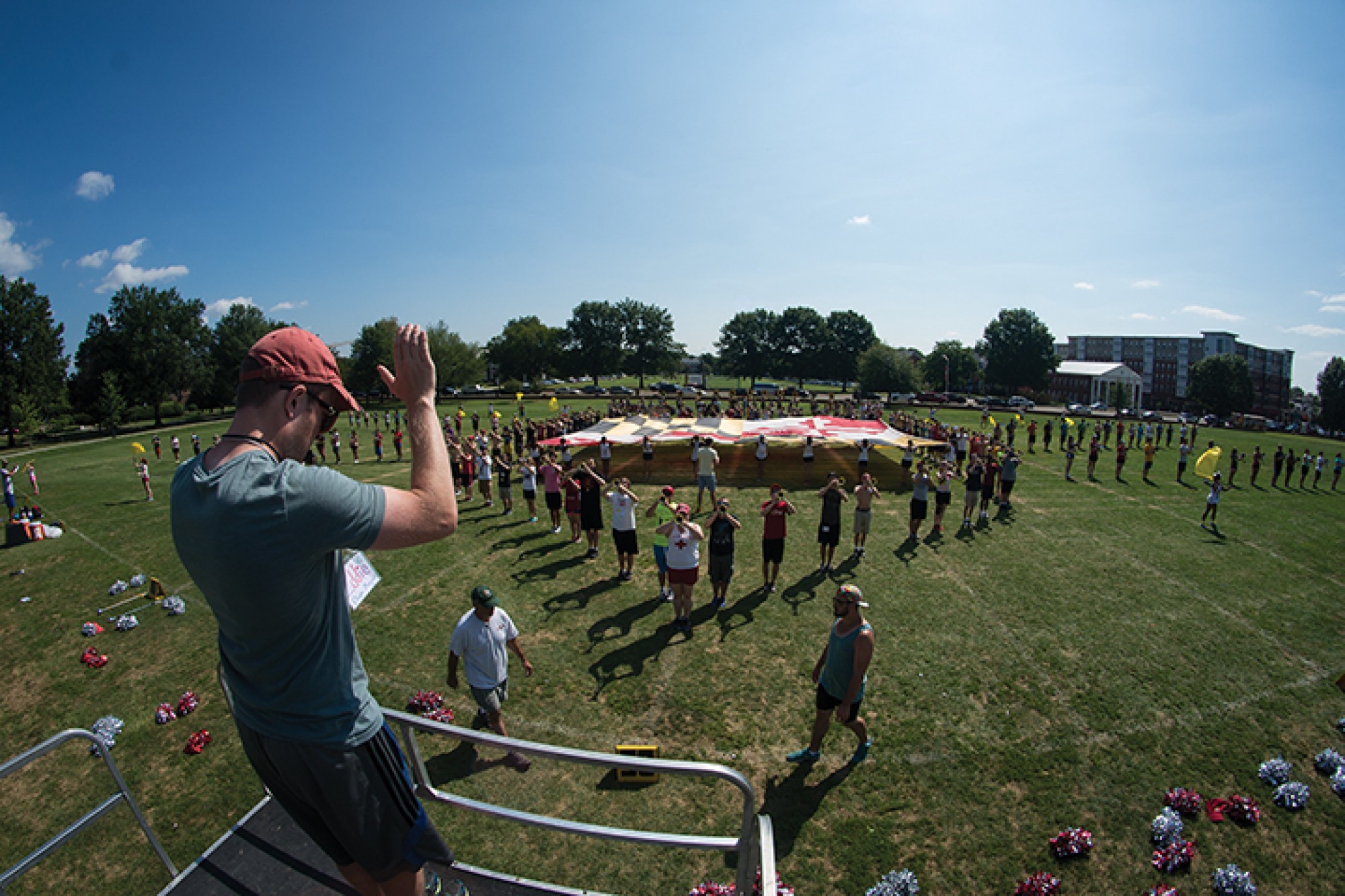 The University of Maryland’s marching band is no longer playing the pro-Confederate state song, “Maryland, My Maryland.”

“As part of the university’s efforts to reaffirm our values as a campus community, we are assessing the songs that are played at Intercollegiate Athletic events. We are suspending the playing of ‘Maryland, My Maryland’ to evaluate if it is consistent with the values of our institution at this time,” university spokeswoman Katie Lawson said in a statement.

The song is being cut from the marching band’s repertoire as a result of the events in Charlottesville, Virginia, on Aug. 12 — when white supremacist protests turned violent and a woman died after a car plowed into a crowd of counterprotesters — band director Eli Osterloh said in a Facebook message to band members.

“As a result of the turmoil we all witnessed in Charlottesville, myself, the Athletic Department, and President’s Office began a dialogue concerning our state song,” Osterloh’s message read. “After much discussion, we agreed that based on the history and lyrics of the song, it should be removed from the [Mighty Sound of Maryland] repertoire.”

Dating back to 1861, the song has drawn widespread criticism for ties to the Confederacy and a call for the state to secede from the Union. The lyrics refer to President Abraham Lincoln as “the despot” and the Union as “Northern scum.”

The marching band used to feature the song in its football pregame show. In one instance, it will be replaced by this university’s Fight Song. Another piece of the show including the song has been removed, according to the message.

This university’s Memorial Chapel bell used to toll “Maryland, My Maryland,” before it was changed to the alma mater in 1999.

“I think it’s incredible that we’ve been playing it for so long,” said Parrish, a physiology and neurobiology major. “I can’t come up with a single reason for why the band should continue to play a song whose history is aligned with secession.”

Sophomore band member and mechanical engineering major AJ Stair said that while the move is a good gesture in the wake of Charlottesville, it may be lost on many Maryland football fans.

“A lot of people are from out of state like I was, but people in the state don’t even know the words to ‘Maryland, My Maryland,’ so we’re basically just standing in the field playing ‘O Christmas Tree,'” he said, referencing the song to the same tune as the state song.

All four of Baltimore’s Confederate statues were removed on Aug. 16, along with an Annapolis statue of former Supreme Court Justice Roger Taney, who penned the Dred Scott decision that declared black people could not become U.S. citizens.

Confederate monuments around the nation, including ones in California, Louisiana and New York, have been removed since the events of Charlottesville, where a white supremacist rally was planned after a statue of Confederate General Robert E. Lee was slated for removal.