Colleges should only prevent speech that makes students feel unsafe 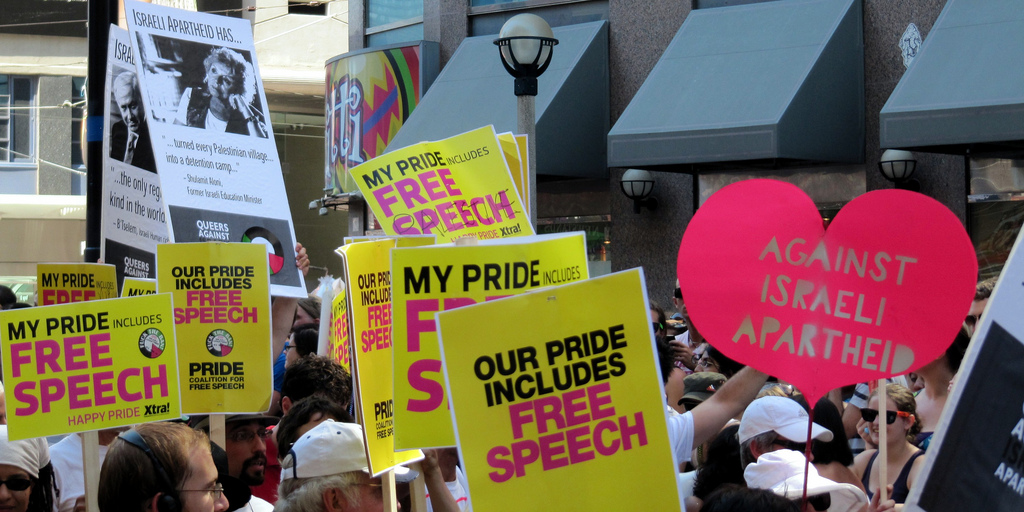 When is something outside the parameters of acceptability? Where does free speech end and offensive rhetoric begin? When is political correctness appropriate, and when is it used to avoid what makes us uncomfortable? These are pressing questions that college campuses around the country are struggling to answer.

A month ago, students at the University of Notre Dame walked out of Vice President Pence’s commencement speech. Meanwhile, 100 Holocaust survivors sent a letter to New York Gov. Andrew Cuomo and the CUNY system asking them to stop left-wing activist Linda Sarsour from speaking at a CUNY graduation. They deemed offensive her support for the Boycott, Divestment and Sanctions movement against Israel and her connections to convicted terrorist Rasmea Odeh. A couple of weeks ago, Harvard withdrew acceptances from students who had posted racist and misogynistic memes in a private message group.

Colleges pride themselves on being bastions of diversity and open-mindedness, yet these examples seem to suggest the opposite. More and more often, students, administrators and regular people dictate what perspectives are acceptable, and what is outside the bounds of normal discourse.

There is nothing inherently wrong with screening speakers, teachers and even students on the campus. Universities should be places where everyone, regardless of background, can come for education. Therefore, intolerant perspectives — those that prevent certain groups of people from participating in campus life safely — should at least not be amplified at a university commencement ceremony.

For example, it is totally appropriate to protest the speech of someone like former KKK leader David Duke — who transparently advocates for racism — or to tear down fascist white power posters. Additionally, the memes Harvard students posted were joking about causing serious harm to people and promoting unsafe behavior such as sexual assault. In that case, it is reasonable to revoke students’ acceptance, declare that there is no space for intolerant behavior and place such actions unequivocally outside the parameters of acceptability. So, there are important reasons to censor speech on the campus.

However, we may have gone too far. Perhaps in some cases, what we consider intolerant is simply a different perspective. If students feel uncomfortable, upset or angry, as long as the speaker does not directly advocate targeting groups and make them feel unsafe, then there is no reason that students should walk out — even if they find their arguments abhorrent. I find this position compelling because it recognizes the difference between feeling unsafe and uncomfortable. That is how decisions about free speech on campus should be made, especially if campuses want to be authentically diverse and open-minded, and not just echo chambers.

Sarsour’s case is where the line between feeling unsafe and uncomfortable becomes blurred. On the one hand, Sarsour should be allowed to speak even if she says things that make people feel uncomfortable. As a student who has openly condemned the BDS movement, I believe her view should not invalidate her ability to speak. While I do not agree with it, support for BDS falls within the realm of acceptable discourse because it does not explicitly target a group. On the other hand, because of her connections to Odeh, she could genuinely make people feel unsafe. At that point, the discussion isn’t about Sarsour’s personal opinions but whether people will feel genuinely unsafe because of her connections.

This conversation about the parameters of acceptability is an interesting thought experiment because it forces us to discern the difference between what we don’t like and what is explicitly dangerous, an important distinction for any truly open-minded thinker.