Fuse 47 is coming down, but there are plans to rebuild 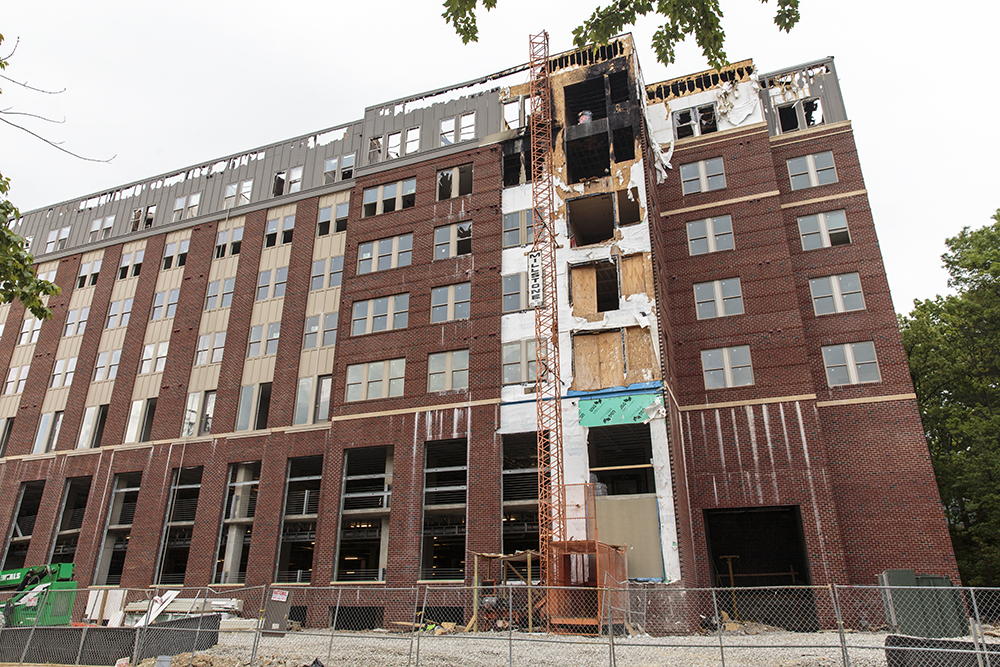 Demolition began earlier this week on the former site of the Fuse 47 apartment building, which was destroyed during a five-alarm fire in April, said Prince George’s Fire Department spokesman Mark Brady.

Everything that would have been residential will be knocked down and reconstructed at a later date, Brady said, though he added the concrete parking garage will remain.

The building, which was under construction at the time of the fire and was scheduled to open in July, suffered damages of about $39 million, Brady said. It took hours for more more than 200 firefighters to contain the blaze, which appears to have started accidentally.

However, the site’s developer, Wood Partners, plans to rebuild on the site, which stretches the length of a city block, Brady added.

“From what I understand they’re going to demolish from the top all the way down to the bottom floor,” he said. “They’ll start reconstruction at some point … but it will probably be another 12 to 18 months for that entire process to occur,” Brady said.

Brady called the demolition “dramatic,” and said that while he was not informed when demolition began, area residents made him aware that it started.

Earlier this month, the city announced the demolition process would result in temporary closure of the westbound lane on the 4700 block of Berwyn House Road. This closure is expected to remain until October.