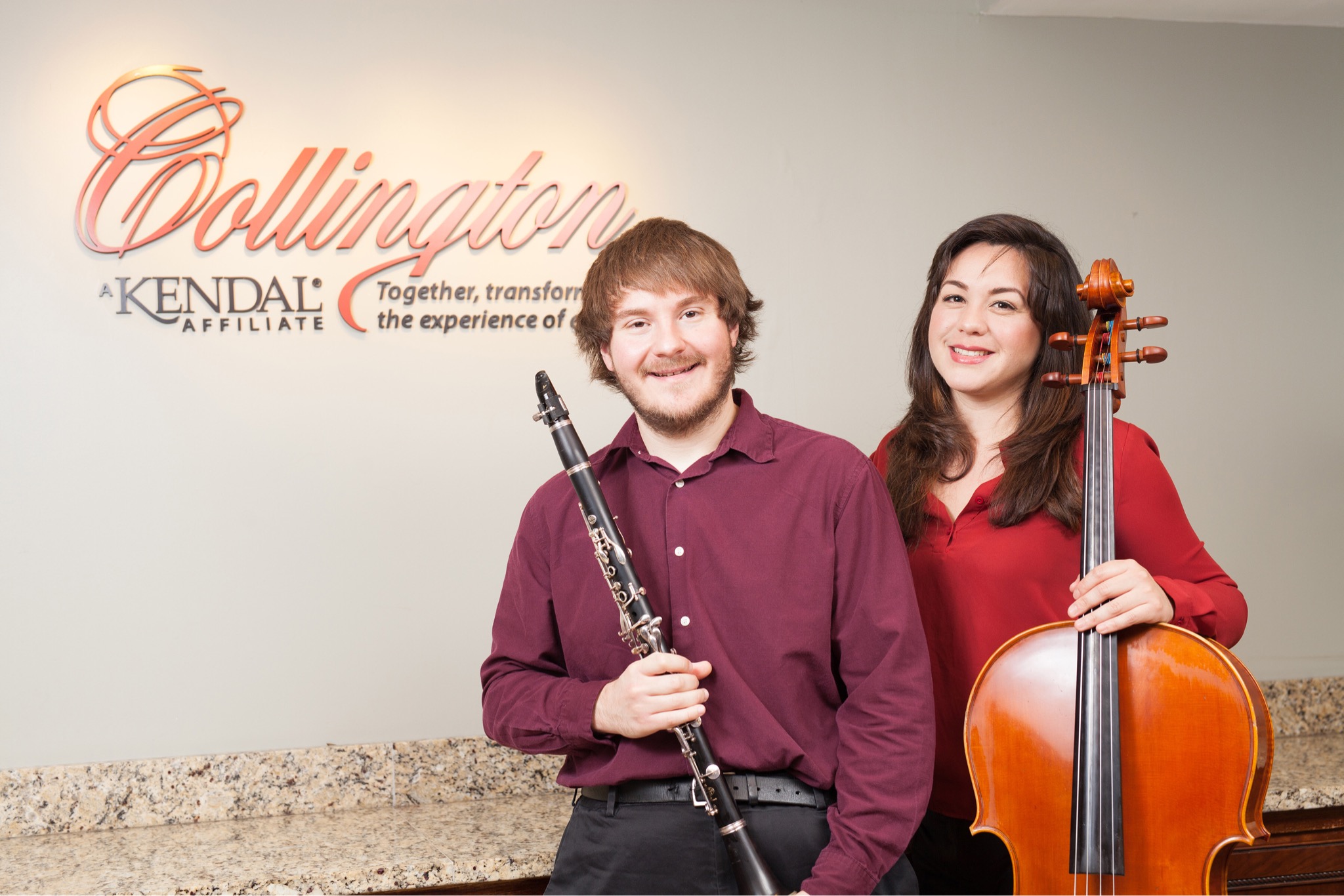 Instead of staying in an apartment or a house this fall, two University of Maryland graduate students will live in a retirement community.

Cellist Samantha Flores and clarinetist Matthew Rynes will spend the year at Collington Life Plan Community in Mitchellville due to a recent partnership between Collington and this university’s music school. Flores and Rynes will receive free room and board at the community in exchange for performing and organizing concerts and lessons for residents.

“The idea of applying what we study in school, and teaching it to non-musicians who are interested in learning and are engaged, made me hooked on the premise of the residency,” Rynes said.

Mary McCutchin, a Collington resident of more than three years, approached management officials with the idea, which came to her after she read an article in a Johns Hopkins University alumni magazine about the collaboration between the school’s Peabody Conservatory and a Baltimore-based retirement home, she said.

“I read this article and thought, ‘Wow, this is something that would really go over well at Collington,'” McCutchin said. “I have been coming to the Clarice Smith [Performing Arts] Center, and I just really enjoy it so much, and I thought it would be nice to have stronger ties to [the University of] Maryland.”

The music school’s director, Jason Geary, echoed the desire to expand the school’s horizons and get students more involved with the surrounding area.

“This venture is part of larger efforts on the part of the school of music to find ways for students to be engaged in serving the community,” Geary said. “This residency allows for students to pursue a unique opportunity to think about audience engagement and [craft] meaningful musical experiences for a particular segment of the population.”

Geary said there are several initiatives underway for other music students to participate in similar programs, such as working in local schools or performing for the community.

In addition to Flores and Rynes teaching music theory and organizing musical events, Collington has a committee made up of residents who organize on-site musical performances and collective opportunities, such as a community choir, a drama club and a jazz band.

Other students from the school will be invited to play alongside Flores and Rynes, and there are also plans to invite professional musicians who play in local orchestras or who are affiliated with this university.

Collington Executive Director Marvel Adams said residents are looking forward to having the students and their youthful energy in the community.

“Older adults don’t want to be segregated because of their age,” Adams said. “A part of this is to have intergenerational engagement throughout our community, and another part of it is enhancing life through interaction with musical experiences.”