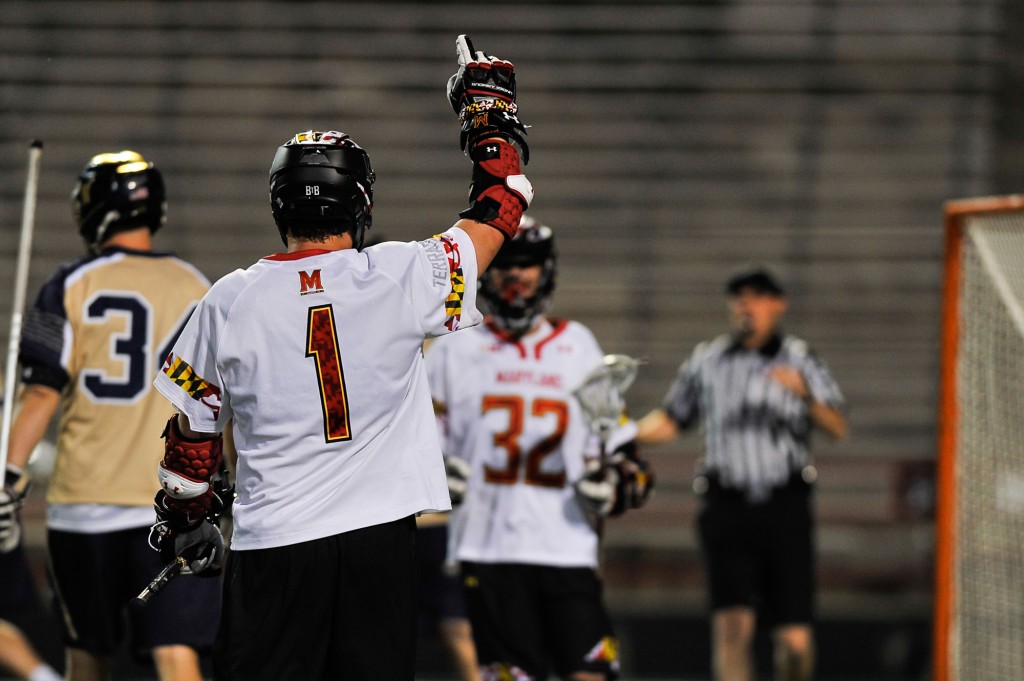 Since then, the Terps have lost each of the nine title games they’ve qualified for, including 2015 and 2016.

As Maryland looks to end its 42-year championship drought with the No. 1 overall seed in the NCAA tournament, it’ll lean on attackman Matt Rambo, another program great, similarly to how the 1975 squad relied on Urso. Rambo broke the Terps’ points record earlier this year and needs seven more finishes to establish the all-time goals mark, set by Joe Walters in 2006.

“The main thing we had [in 1975], just like the current team, is that we had a superstar,” said former goalkeeper Gary Niels. “That’s the thing I like about this Maryland team. They’re very deep but they also have a superstar player. … Matt Rambo is our Frank Urso.”

Most of the players on the 1975 unit, including Niels and Urso, attended Maryland’s last two national championship defeats. They’re planning on traveling to Foxborough, Massachusetts, if the Terps make the Final Four again this season.

“It was just like, ‘Oh my gosh, are you kidding me?'” Urso said. “But you have to move on. The fact that they just keep getting there, that’s tough enough as it is. If it wasn’t for this long drought, it wouldn’t be this kind of pressure.”

While the 1975 team is remembered for earning Maryland’s last title, many players on that squad lost the 1974 final to Johns Hopkins. Niels, who made 17 saves in the 1975 championship victory, believes the 1974 group possessed more talent than the one that’s earned recognition, but a lot of features had to go right to win the championship, and everything worked out the following year.

Urso, a high school coach at Garnet Valley High School, told his players this past week how difficult it is to move past the disappointment of losing a title game.

“Those losses, man,” Urso said. “They just stay there. So I know what [this Maryland team is] going through.”

Rambo, meanwhile, broke the points record with a first-half score against Johns Hopkins on April 29. The Glenside, Pennsylvania, native can also set the all-time goals mark with seven scores in the NCAA tournament.

“I’ve seen a lot of Matt Rambo,” Urso said. “He’s an absolutely outstanding player. We couldn’t stop him. … He had a great shot, he was smart as he is now and he knew how to handle his stick.”

When Urso watches Rambo, he recognizes the same on-field intensity he once displayed for Maryland. Coach John Tillman labeled the 5-foot-10, 210-pound attackman “a lightning rod” that energizes the team.

In particular, the Terps enjoy Rambo’s wild impromptu goal celebrations. Though he’s registered 147 career strikes, he said the feeling of the ball hitting the back of the net provides the “same adrenaline rush and happiness.”

“When he scores, sometimes I’m not too sure what he’s doing,” attackman Colin Heacock said. “He’s kind of fist-pounding and screaming. He looks at you and starts getting all loud. You want to make that next play and feed off of him.”

Rambo’s passion, as well as his on-field accomplishments, have vaulted him to the top of the discussion for Maryland greats. Urso called him one of the best to ever compete for the program. Niels called him “top-three all-time.”

His teammates view him in the same light. Rambo notched a team-high 63 points and 33 goals during the regular season, guiding the Terps to Big Ten regular season and tournament championships. Against Johns Hopkins in the rivalry game, he broke the points record, and he notched three goals and four assists.

“I don’t think we’d be anywhere close to where we are now without him,” attackman Dylan Maltz said. “He’s our leader, and he’s the best player in the country.”

After Rambo broke the points record, Urso congratulated him over text. The two have shared a connection during Rambo’s time at Maryland, and Urso said he’s proud of the senior’s accomplishments.

“That touched my heart a little bit,” Rambo said. “It just gives me motivation because he was on that team that won the last national championship.”

While the 1975 team appreciates the continued attention it gets from the program — including a 40-year anniversary ceremony in 2015 — its members want to see another team follow its path. Each year Maryland makes a postseason run, the former players gather with the belief the Terps can break their drought.

They’re hopeful Rambo can lead that breakthrough this season.

“The 1975 team is tired of being talked about,” Niels said. “It’s been too long. We want records broken, and we want another national championship.”