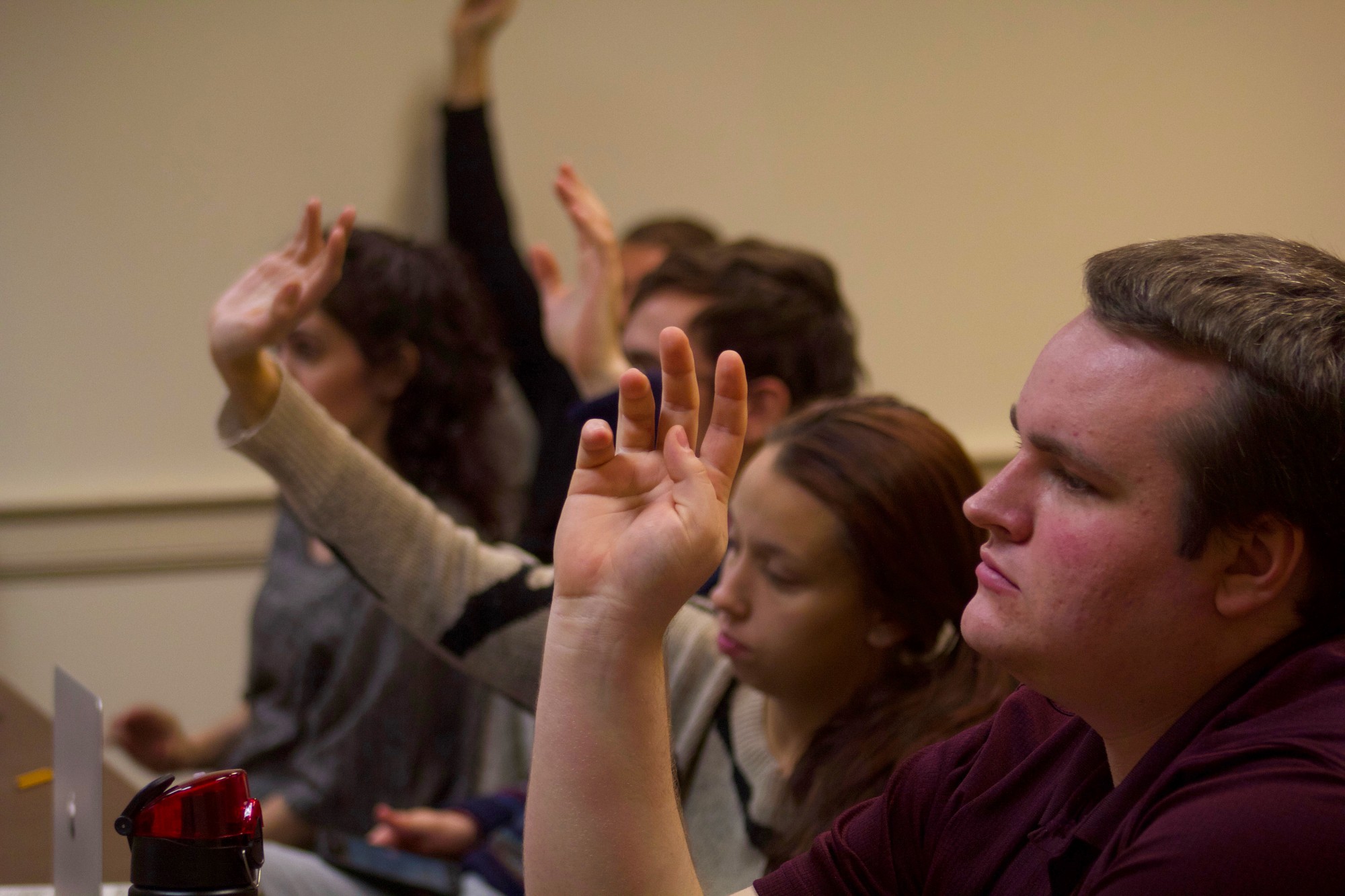 The GSG adopted a resolution May 5 outlining protocol for the allocation of its leftover funds.

These “Spend Down” funds are “monies left over in the [Graduate Student Government] budget at the end of the spring semester before the end of the fiscal year,” which ends July 1, the resolution read. The vote passed with 15 votes in favor, 3 in opposition and 0 abstentions.

“In the past, the discussion for what the money was supposed to be used for was only among the executives,” said Nishat Seraj, vice president for legislative affairs, after the meeting. “It wasn’t a broader discussion with any of the assembly reps … because the fees are coming from all graduate students, we feel that there should be input from them on how the Spend Down should be spent.”

GSG plans to create a Google Doc so graduate students can list ideas for the funds, Seraj said. The executive committee will narrow down the ideas and present them for a vote at the June General Assembly meeting, the resolution read.

Last year, the Spend Down funds paid for an etiquette dinner and a graduate student suite for football games, said Clare Sengupta, vice president for financial affairs and a co-author of the resolution, during the meeting. This year, the amount GSG would have available as Spend Down monies is “conservatively around $3,000,” Sengupta said.

Because of the GSG’s “current budget state,” the Spend Down fees would come from leftover money in the organization’s event funding request budget — money allocated to graduate student events — and several requests are still in the process, Sengupta said. After those requests are completed, the Spend Down funds should total about $3,000, she said.

GSG President Stephanie Cork noted there are multiple funds available for students in a crisis, but said the majority of these funds aside from this university’s Student Crisis Fund — specifically, the Divine 9 and Dreamkeepers programs — are available only to undergraduate students. The current UMD Student Crisis Fund “has replaced textbooks and clothes lost in an off-campus fire, helped a student who was unable to pay for a medical prescription, and even helped pay medical expenses for another student’s emergency surgery,” according to its website.

The “immediate financial assistance” currently provided by the Student Crisis Fund typically ranges from $50 to $1,000, according to a Division of Student Affairs document. This assistance is available only in cases “in which a student has no alternative source of funds,” and the fund does not consider requests for money to repay personal loans, educational travel, tuition payments, or to pay for fines or credit cards to be “unanticipated emergencies.”

[Read more: UMD GSG says it will continue to fight for collective bargaining despite bill failure]

The typical award for the UMD Student Crisis Fund is about $500, which “does not make a difference,” Cork said. “Five hundred dollars would not help me with my mandatory fees, it wouldn’t pay even half my rent, it might get you groceries for a month — but if you don’t have somewhere to live, and you can’t stay at the university because your visa status expires because your mandatory fees can’t be paid, what does that do?”

Caden Fabbi, GSG’s chief of staff, suggested it use funds for a storage space where graduate students could keep household items for fellow graduate students who might need them, such as students moving across the country or international students.

“Say I’m moving out of my apartment and I’m moving across the country, and I have my couches or whatever,” Fabbi said. “Rather than throwing those out or donating them to Goodwill or something, I could give it to another graduate student.”

Katie Brown, the vice president for public relations, suggested the money could fund graduate students’ research over the summer, but noted it might be difficult to accomplish, as the money has to be spent before July 1.

The assembly will vote in June on the full list of ideas for the funds, as well as the GSG’s budget for the upcoming fiscal year.