MilkBoy ArtHouse opened Tuesday after more than a year of construction 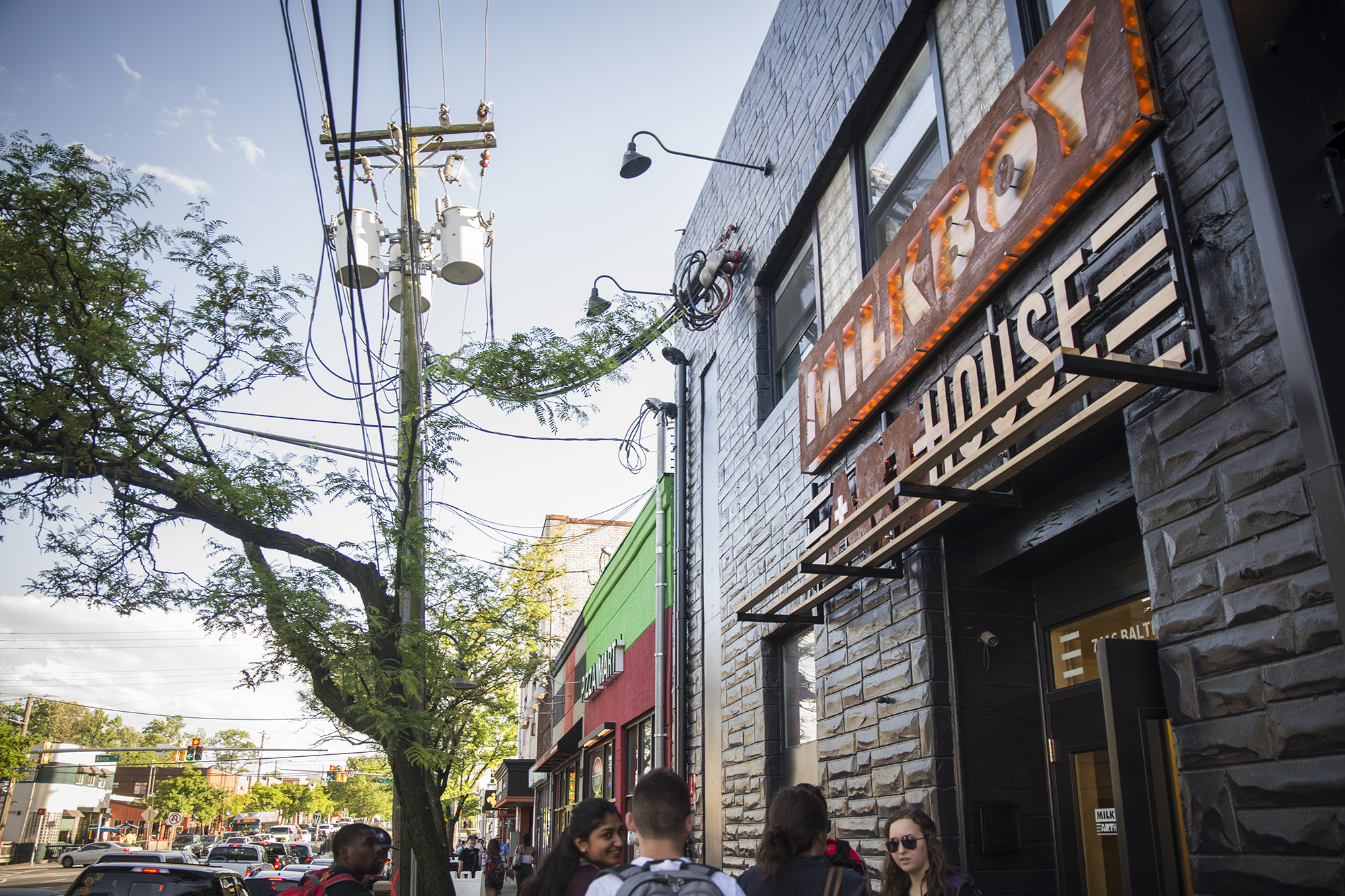 Music and smiles filled MilkBoy ArtHouse on Tuesday as community members dined in the space for its grand opening day.

After more than a year of construction, the completed two-story building features multiple bars, two stages and a full restaurant with seating. The space will also be a performing arts venue, though shows will not begin until September.

The project is a collaboration between MilkBoy, a music and entertainment company based in Philadelphia, and The Clarice Smith Performing Arts Center, which will schedule 15 performances at the venue during its 2017-18 season, announced on May 23. MilkBoy will also arrange various shows.

There will be a variety of genres and performances to host at MilkBoy ArtHouse, including jazz and global music, as well as low-tech theater performances, Bondarev Rapach said. While these shows are planned to begin playing during the fall semester, she said there’s a possibility of pop-up shows over the summer.

These performances will be ticketed, said Bill Hanson, co-owner of MilkBoy. The price range has not yet been determined, Hanson said, but the venue aims to keep costs reasonable so as not to “price people out.”

Though no artists are currently planned to perform before September, the venue’s restaurant is fully operational, offering “elevated and inspired American food,” Hanson said. The venue is open from 11 a.m. to 2 a.m. daily, while the kitchen closes at midnight Sunday through Wednesday and at 1 a.m. Thursday through Saturday.

During the restaurant’s soft opening on April 29 and its opening day, Hanson said he saw a mix of University of Maryland students and local residents enjoying the space and the food.

“It’s been flattering and an honor to see the enthusiasm with which we’ve been received so far,” Hanson said. “Everybody walks in with a smile and leaves with a smile, it’s been great.”

[Read more: The future MilkBoy+ArtHouse venue on Route 1 is one step closer to a liquor license]

The restaurant’s spring menu includes a variety of house-made soups, salads and sandwiches, as well as options for fresh donuts. So far, menu favorites have been the summer salad, cheesesteak and the corn and crab chowder, Hanson said.

As word continues to spread, students and other community members are trying the newest development on Route 1. Junior biochemistry major Mitchell Porter said he enjoyed picking out beers with the restaurant’s draftist on opening day.

“I really like how it’s a new bar that’s open and different from the other ones,” Porter said. “The atmosphere of it, it’s more casual, I’d expect an older kind of crowd to come through.”

The venue is a great place to bring friends and family, said senior family science major Adri Mnkande, adding that her experience at MilkBoy ArtHouse was unlike anything else in the city.

“We completely forgot that we were in College Park,” Mnkande said. “While sitting in here and just being around in here, we thought we were in D.C. It was a completely different atmosphere than all the other places around here. It was very refreshing and very nice.”