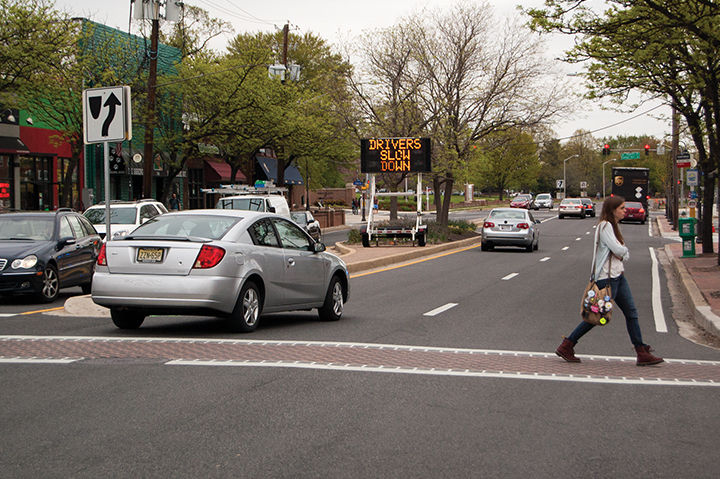 No pedestrians have died on Route 1 near the University of Maryland’s campus since College Park began operating local speed cameras 24 hours a day in 2014, a nod to city efforts to increase safety, according to a AAA Mid-Atlantic news release.

After three pedestrians were killed along Route 1 within a six-month period in 2014, the College Park City Council voted in July of that same year to extend the hours of the cameras — which previously operated Monday through Friday from 6 a.m. to 8 p.m. — located within a half-mile radius of this university’s grounds.

“It speaks for itself that since we had the three fatalities in 2014, there haven’t been any along Baltimore Avenue,” College Park Mayor Patrick Wojahn said. “It shows [the cameras] have encouraged drivers to slow down.”

Since then, local and state officials have moved to boost pedestrian safety in the city for residents and members of the university community.

[Read more: Revenue from Route 1 speed cameras to be used for public safety]

The SHA lowered the speed limit along Route 1 between Guilford Road and Berwyn Road from 30 mph to 25 mph, which took effect by August 2014, as another effort to boost pedestrian safety in the university and city communities.

University President Wallace Loh has also taken part in the combined safety effort, spending a Saturday night in 2014 on the sidewalks of Route 1 with University Police Chief David Mitchell to give warnings and citations for jaywalking.

Loh, who was with police from 11 p.m. to 2 a.m. Sunday, said the events of that night made him “surprised more people have not been hit.”

In fall 2016, the SHA acquired jurisdiction of Campus Drive, despite being reluctant to add pedestrian and bicycle safety features in the past, Wojahn said.

The city removed noise barrier panels along Campus Drive and the College Park Trolley Trail in January, after a car fatally struck a 77-year-old cyclist along the Trolley Trail in September 2016. The city also applied for a state grant to create designated bikeways on the side of the road.

In line with January’s safety efforts, the Council voted Feb. 14 to support two state senate bills furthering bicycle safety, requiring drivers to yield to pedestrians and bicyclists while they wait at crosswalks and allowing for mid-block pedestrian crossings.

Since February, the city has continued installing rapid flashing beacons, which warn drivers when someone is looking to cross, throughout North College Park.

“Since the three fatalities in 2014, the plan to reduce pedestrian collisions — with the barriers, clearer signage and enforcing the cameras 24/7,” AAA Mid-Atlantic spokesman John Townsend said, “there has been a big reduction in those collisions.”