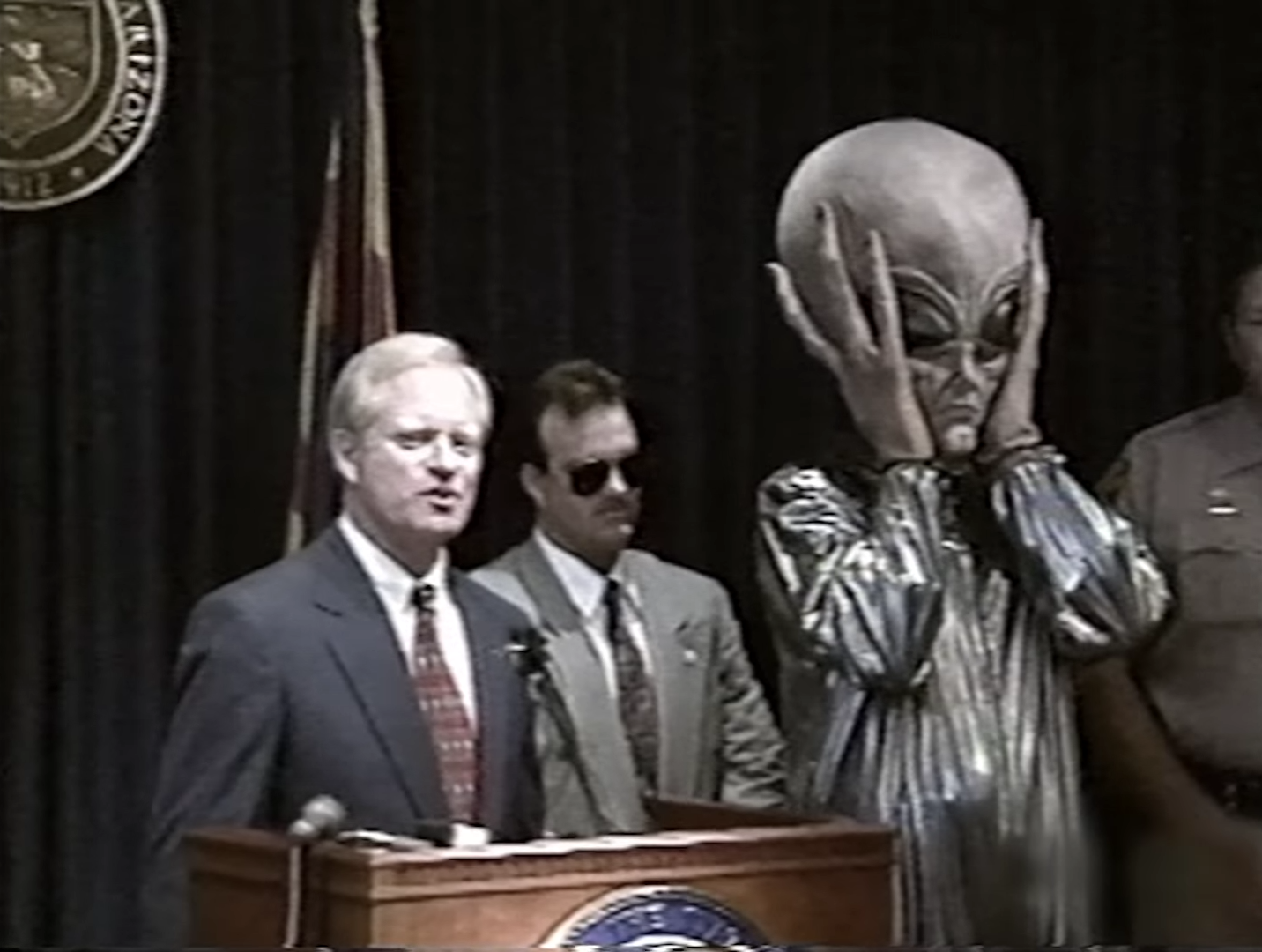 Shaky camcorders, poor-quality footage and lots and lots of senseless screaming — if the movie you’re watching has all of the above, it’s probably a found footage horror film (or a sex tape).

With the recent premiere of new horror film Phoenix Forgotten, it’s clear filmmakers still aren’t willing to let go of the old horror technique that once shocked audiences. The film is loosely based on the strange appearance of lights in the sky above Phoenix, Arizona in March 1997.

The “based on a true story” element has always been a common trend in this style of horror, often used to draw in audiences.

One of the pioneers of this method is the infamous exploitation/horror film Cannibal Holocaust (1980), which was heavily censored and even banned in some countries. The film was one of the first to utilize the found footage technique, which presents fictional film as a discovered recording, and it worked pretty damn well — director Ruggero Deodato was brought to court for the supposed murder of several actors who are shown being brutally killed in the film. However, Deodato proved his innocence when he revealed that he made each of his stars sign contracts to not make any public appearances for some time after the film was released and explained how he pulled off some of the movie’s more gruesome stunts.

The film’s use of the found footage formula amplified its gory shocks, but came at the price of using several animals purely for the purpose of slaughter.

In 1999, the internet-fueled sensation known as The Blair Witch Project (1999), portrayed several college students getting lost deep in a Maryland forest while investigating the mystery of the “Blair Witch.” The film also utilized the “is it real?” gag to scare audiences into believing what they were seeing was all actually documented on film. The filmmakers behind the extremely low-budget movie posted fake missing fliers on the internet with information on the three college students portrayed in the movie.

It may be time for future directors to leave this gimmick behind and focus on what actually makes horror films scary: a solid premise, suspense, creepy atmosphere and, most of all, a twisted sense of creativity.