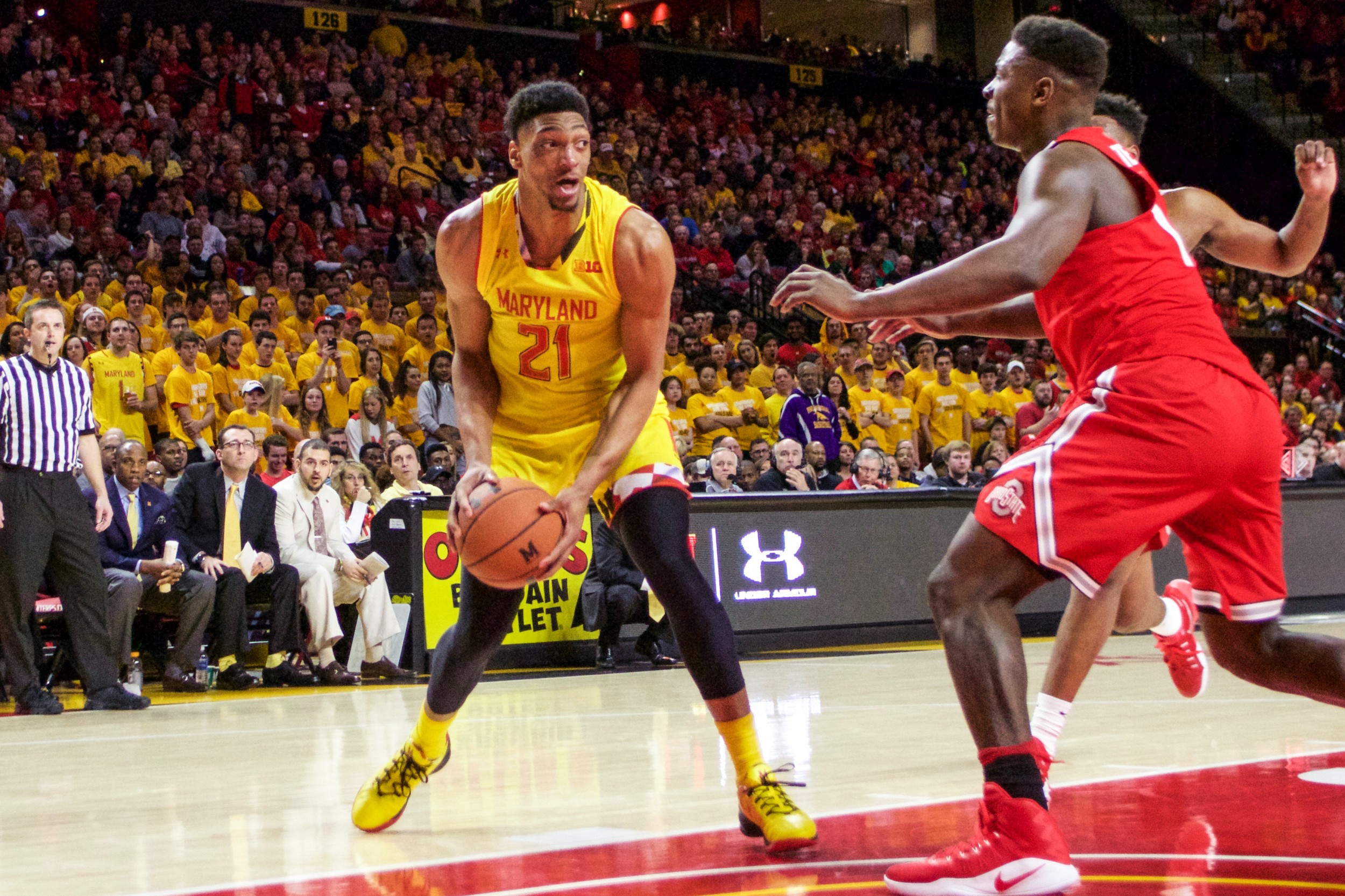 Jackson hasn’t signed an agent, according to the Baltimore Sun’s Don Markus. That means he can still withdraw from the draft and come back to Maryland for his sophomore season at any point before May 24.

The 6-foot-7, 225-pound swingman can receive invites to team workouts and participate in the NBA Draft Combine from May 9-14, which will help him gauge league interest leading up to the June 22 NBA Draft.

If Jackson comes back to Maryland, he would be one of the Terps’ top returners, along with rising sophomores Kevin Huerter and Anthony Cowan. As a freshman last season, Jackson averaged the second-most points on the team (10.5), shot 43.8 percent from the 3-point line and led the squad in rebounds per contest (six).

Guard Melo Trimble, who declared for the NBA Draft in March and hired an agent, joins Jackson on the NBA Draft Entry Entrance list. DraftExpress projects Jackson to be the No. 23 pick in the 2018 NBA Draft if he remains in college another season.