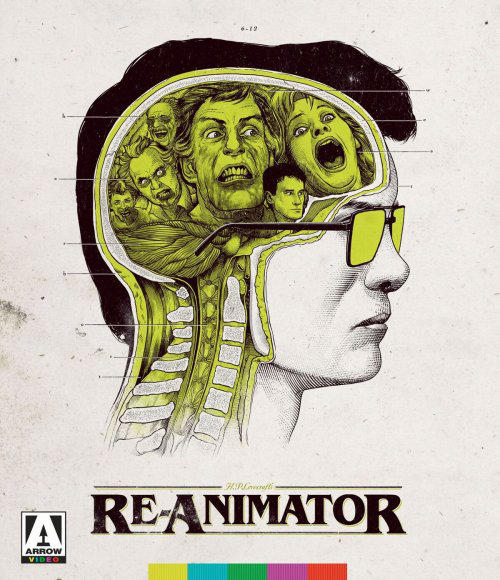 With a countless number of new films being released each year, film distributors and companies are too caught up in the present to really focus on the past. Movies from long-gone eras tend to suffer from this lack of attention as various titles do not earn the proper restorations they or the public deserve.

Arrow Films (1991) and Shout! Factory (2003) have made a name for themselves through their unique editions of cult films and restorations of more obscure titles. Both of their products have become sought after and cherished by collectors across all genres. However, some of their most successful sublabels are why people flock to their releases.

In 2014, the Arrow Films sublabel Arrow Video began its distribution in the U.S. after a successful Indiegogo campaign. Originally a U.K.-only company, love for the company in the U.S. won over the label, and ever since then, cult films such as Re-Animator (1985)­ (to be released in July as a limited box set edition) have received gorgeous re-releases.

Shout! Factory, a U.S.-based company, created a sublabel known as Scream Factory and began to release cult classic horror movies from the 1970s and 1980s before delving into more modern titles in partnership with IFC Midnight. However, Scream Factory’s newer collector’s edition releases of older horror titles still remain their most sought-after product. Each release comes with a limited edition slipcover that contains newly commissioned artwork from up-and-coming artists, providing them with greater exposure.

One of Scream Factory’s most recently announced releases is Slither, directed by James Gunn of the Guardians of the Galaxy franchise, which has been confirmed for a July release. The release highlights the capability that labels like Scream Factory have for bringing forgotten films back, enabling fans to finally get their hands on them.

Arrow Video has also recently begun to bring back various limited editions box sets from their U.K. catalogs to the U.S. Recently, the highly sought-after Hellraiser: The Scarlet Box Limited Edition release, which had been exclusively available in the U.K., received a surprising December release stateside that had U.S. fans relieved they would not have to succumb to paying bizarre prices on eBay for the beautiful edition.

Both companies have been able to reap success by listening to fans and their requests on which films to release next. In addition, their impeccable restorations of classic and cult films have given new meaning to high quality, while simultaneously pushing the boundaries of Blu-Rays and their capabilities. The addition of special features, including new and never-before-seen interviews with directors, actors and others involved in the creation of any given film also ensures replay value as well as justification for some of the steeper price tags.