A trip to Whole Foods 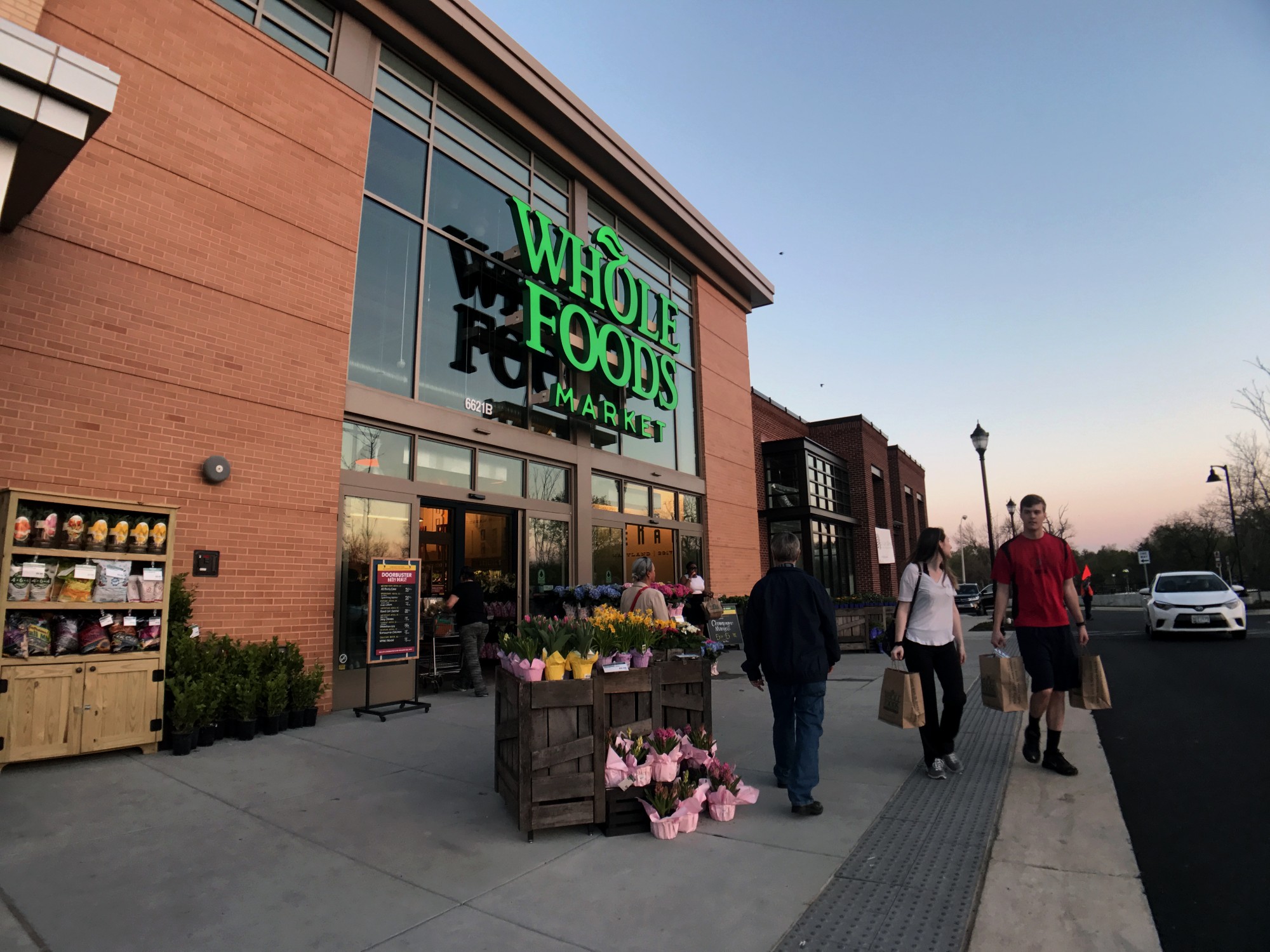 By Evan Berkowitz and Tom Hausman

The Whole Foods in Riverdale Park is everything South Park warned us it would be. In fact, it might be worse.

When you enter the fledgling outpost on Gentrification Boulevard, a larger-than-life-size blue bear inscrutably greets you.

“That’s stolen from Denver!” Tom says, referencing some even larger ursine monstrosity that peers into the city’s convention center.

“So is this whole way of life,” Evan retorts.

And while Whole Foods is no more Coloradan than he is, the reality of Riverdale Park’s newest capitalist idol slowly sets in, proving correct The Centennial State’s greatest television export.

Now, we’ve both been to Whole Foods before, but we can’t emphasize enough how goddamn insane this one is.

At first glance, the produce section seems standard; vibrant fruits catch your eye, and the large, leafy greens definitely look organic. But take a few more steps into this hipster Garden of Eden, and you find out this store is as nonstandard as they come.

Massive spiked objects sit in the center of a small crowd.

“Jackfruits!” Tom exclaims, reading the sign below the large seed.

They even slice and shrinkwrap the spiny tropical behemoth, just in case you needed only a little bit for your usual jackfruit recipe.

Evan is more interested in the wide variety of bananas, hanging beside prickly pears and agave leaves on a rack with no other use but to exalt them. They are not piled up pell-mell like the work of man’s primate ancestors: They are evolved bananas, they are liberated to the skies.

We leave this verdant oasis in the College Park food desert and come face-to-face with the single greatest physical metaphor for life that has ever existed. It’s a wall full of fill-your-own-bag candy, but as you walk along its length the candy becomes less sweet. Every step brings you further away from the saccharine dreams of your childhood, and into a world of nothing but dried-up imitations.

You may get a few dates at first, but then everything you encounter is nuts.

“I need walnuts for this salad,” Evan says, looking at his list. “They have two different kinds of macadamia nuts. How can they not have any goddamn walnuts?!”

But there weren’t any walnuts.

Like Adam having eaten of forbidden fruit, walnuts had been banished from paradise.

“Almonds will have to do.”

Meanwhile, Tom faced an existential and nutty crisis of his own. Opposite the pour-your-own snack wall was a machine he had never encountered before. It looked similar to the automated orange-juicer he’d seen in the front of the store, but there were no oranges to be found. In their place were hundreds — nay, thousands — of peanuts, and Tom realized this was a create-your-own nut butter machine.

The machine frightened and intimidated Tom, as fire intimidated early man. He grunted and shuffled off to find the next extravagance.

As we proceed to checkout, our minds as blown as our budgets, Tom asks a “team member” what the most outlandish, exciting object is in the store.

He pauses for a moment, looking about the gleaming greengrocers’, legitimately stumped by the cornucopia of edibles he surveys.

“Well, there’s a lot of weird supplements in the wellness section,” he says at length. “But they’re expensive and I don’t want you buying something you don’t really need.”

Tom narrows the question to food, and our gentleman thinks a bit longer.

“To be honest, I don’t really find any food we have too exciting,” he says. “We have mochi over there. That’s pretty cool.”

So we get mochi, and it’s fantastic, of course — chewy and creamy and blah, blah, blah.

But the notion that someone could be at all blasé about the fruit of this store’s aisles is deeply troubling.

There is a greater diversity of food in this building than was comprehensible in the Northeastern United States even 20 years ago. Go back 2,000 years, and you have in humble Riverdale Park more fruits, vegetables, grains and meat than a Roman emperor could have imagined.

Closer to home, this building has more fresh, organic food than will likely ever pass through a Prince George’s County Public Schools cafeteria.

Between us, on the ingredients for one meal and one dessert to serve our friends the next day, we spent more than a fourth of what someone living at the federal poverty line makes in a week.

This sort of rampant gentrification in greater College Park may make it an area one wants to live, but the best-laid plans of Wallace Loh come at a steep psychological price. With luxury hotels, hipster-chic music venues and now a Whole Foods springing up, the inequitable stratification of income among the student body and the county population only grows.

So as we munch our mango mochi on the ride home, there’s another flavor mixing in with its cool, citrusy sweetness.

It’s our old friend existential dread, and it’s crying out for society.