We endorse A.J. Pruitt for student body president, but SGA culture must change 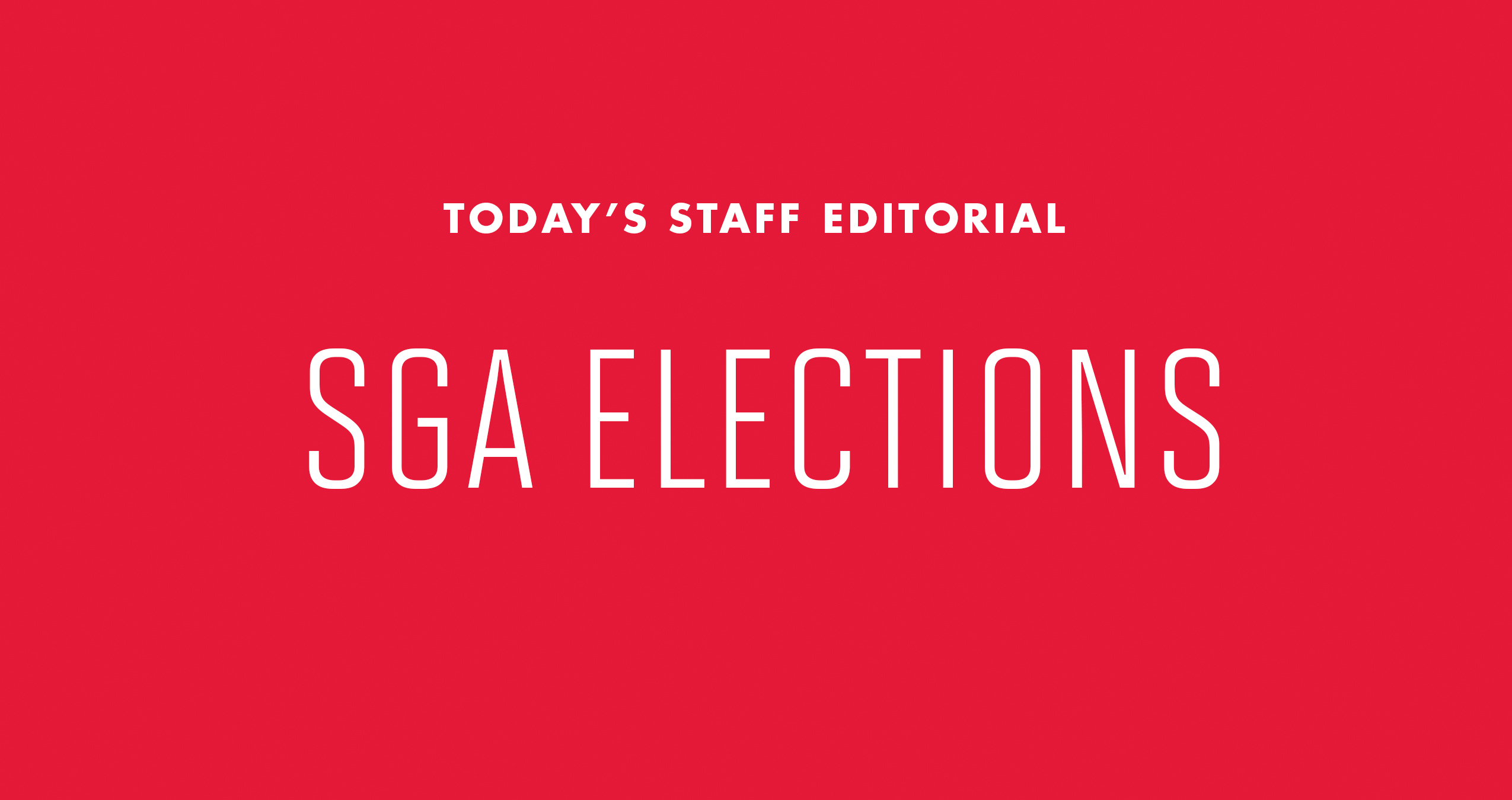 Editor’s note: Editor in chief Danielle Ohl recused herself from the editorial board this week, as she reported on the news story about the rules violation.

Students will face few choices in this year’s SGA election. The One Party, composed almost entirely of current Student Government Association members, is running mostly unopposed and is poised to continue a legacy of student government dominance. The Unity Party’s withdrawal following campaign violations shattered any hope of an organized opposition.

The presidential race is down to One Party candidate A.J. Pruitt, the current vice president of student affairs, and unaffiliated contender Chris Boretti, a freshman new to the SGA stage.

The SGA is on a concerning path. This editorial board has made clear in the past that the revolving door of students in legislative and executive positions excludes a large portion of the student body from the leadership pipeline. Student involvement is seemingly nonexistent, and the SGA must immediately focus its attention on community engagement to better represent its constituents.

This editorial board will still endorse Pruitt for the presidency. He represents the very pipeline that discourages student involvement, but his legislative experience, preparedness and policy proposals indicate a desire to empower student advocacy and prioritize community needs such as mental health resources, sexual assault prevention, inclusivity on the campus and, yes, engagement.

Pruitt’s acknowledging the need for a drastic culture shift in the SGA — specifically a shift from passing ineffective legislation to encouraging student advocacy — outlines a clear path to improvement.

“I’m not Patrick Ronk and I’m not Katherine Swanson,” Pruitt told The Diamondback editorial board Wednesday. “We have different visions.”

While Boretti accurately assesses that the SGA is out of touch, his policy proposals rarely extend beyond pushing for student engagement. When they do, they line up almost entirely with the One Party’s platform. Pruitt is a more experienced and prepared version of Boretti.

The latter appears routinely under-informed regarding most important legislative decisions. He even deferred to One Party legislators on issues such as sexual assault prevention, telling the editorial board, “I’m going to have the years of experience of the One Party to help me out when it comes to any policy proposition.”

Where Boretti plans to rely on advice from standing members of the SGA, Pruitt lays out a plan. While previous initiatives regarding mental health resources and the campus minimum wage did not come to fruition under his predecessors and mentors, Pruitt proposes a change in attitude as well as practice. His proposal for this university to set up a telepsychiatry system, featuring trained counselors and psychiatrists through an established partnership with the University of Maryland School of Medicine, demonstrates an understanding for the necessity of immediate change.

This editorial board understands student frustration at stagnated initiatives that cycle through SGA agendas year after year. But voting for inexperienced representatives based on discontent, will only compound the problems within our representation.

Clarification: A previous version of this editorial incorrectly used a pronoun to refer to Pruitt instead of Boretti regarding which candidate appeared “routinely under-informed regarding most important legislative decisions.” It has been updated.